Falling into an evaporating black hole

Then wouldn't it be the case that:

No. The coordinates one uses are completely independent of the physics involved.

This is the Penrose diagram for the evaporating black hole. Someone who falls into the black hole while it still exists crosses the $r = 2M$ line, the horizon, and then hits the singularity, the $r = 0$ line. The black hole will not have evaporated yet. 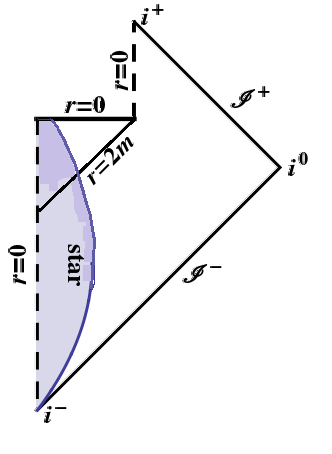 An amusing calculation to do is to assume your falling object is emitting some continuous electromagnetic signal, with any wavelength and any intensity you like. Since the total energy emitted before the object crosses the horizon is finite, an external observer must see the signal redshifted away to nothing in the long-time limit. Your complaint is that, in the very-long-time limit, the black hole evaporates. The calculation is how long it takes until the Hawking radiation from the event horizon is brighter than your inflating object's signal. This always happens in finite time: your signal gets cooler and dimmer as it redshifts away, while the event horizon (on a much longer timescale) gets hotter and brighter as the black hole evaporates.

(Asking where that radiation comes from may lead you to think about the hypothetical black hole firewall, though the motivating logic there seems to be different.)

If a black hole evaporates before an observer falls through the its event horizon then it is tautologous that an observor will never cross the event horizon.

Moreover, if I recall what I read from Hawkings paper correctly, the energy released in the final moments of such an evaporating black hole is huge. In fact, Hawking writes in his paper, Particle Creation by Black Holes published in 1975:

When the temperature gets upto $10^{12} K$ or when the mass got down to $10^{14} g$, the number of different species of particles might be so great that the black hole radiated away all its remaining rest mass on the strong interaction scale of $10^{-23}$. This would produce an explosion of $10^{35}$ ergs.

In other words, the observer won't cross the event horizon since they'd be blown to smithereens.

I had this same question when I first encountered relativity, believing that there should be a "shell" of matter surrounding a black hole from everything that's ever tried to fall into it.

This might be totally wrong Please take it with a pinch of salt.

Not the answer you're looking for? Browse other questions tagged general-relativity black-holes event-horizon hawking-radiation or ask your own question.

0
Would an observer at infinity see a black hole decay before anything reaches the event horizon?