If the speed of light were different in different directions, wouldn't black holes seem asymmetrical? 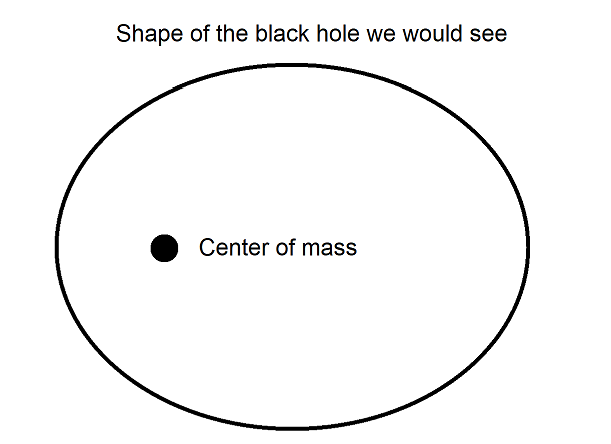 Moreover, by one theory light moves instantaneously in one direction and at speed of c/2 in the other, would we not actually physically see the black hole in this case? Am I misunderstanding something?

If the speed of light were different in different directions then this would be apparent without needing to look at black holes. This anisotropy would have shown up in Michelson-Morley experiment, which compared the speed of light in many different directions. Even before that, it would have shown up in astronomical observations within our own solar system. For example, when observing the motions of the moons of Jupiter, the correction made for the distance between Jupiter and the Earth would have had a dependence on the absolute position of Jupiter in its orbit, rather than just on the relative positions of Jupiter and the Earth.