Plotting this out I get, in simulation units, for a 5x5 lattice: 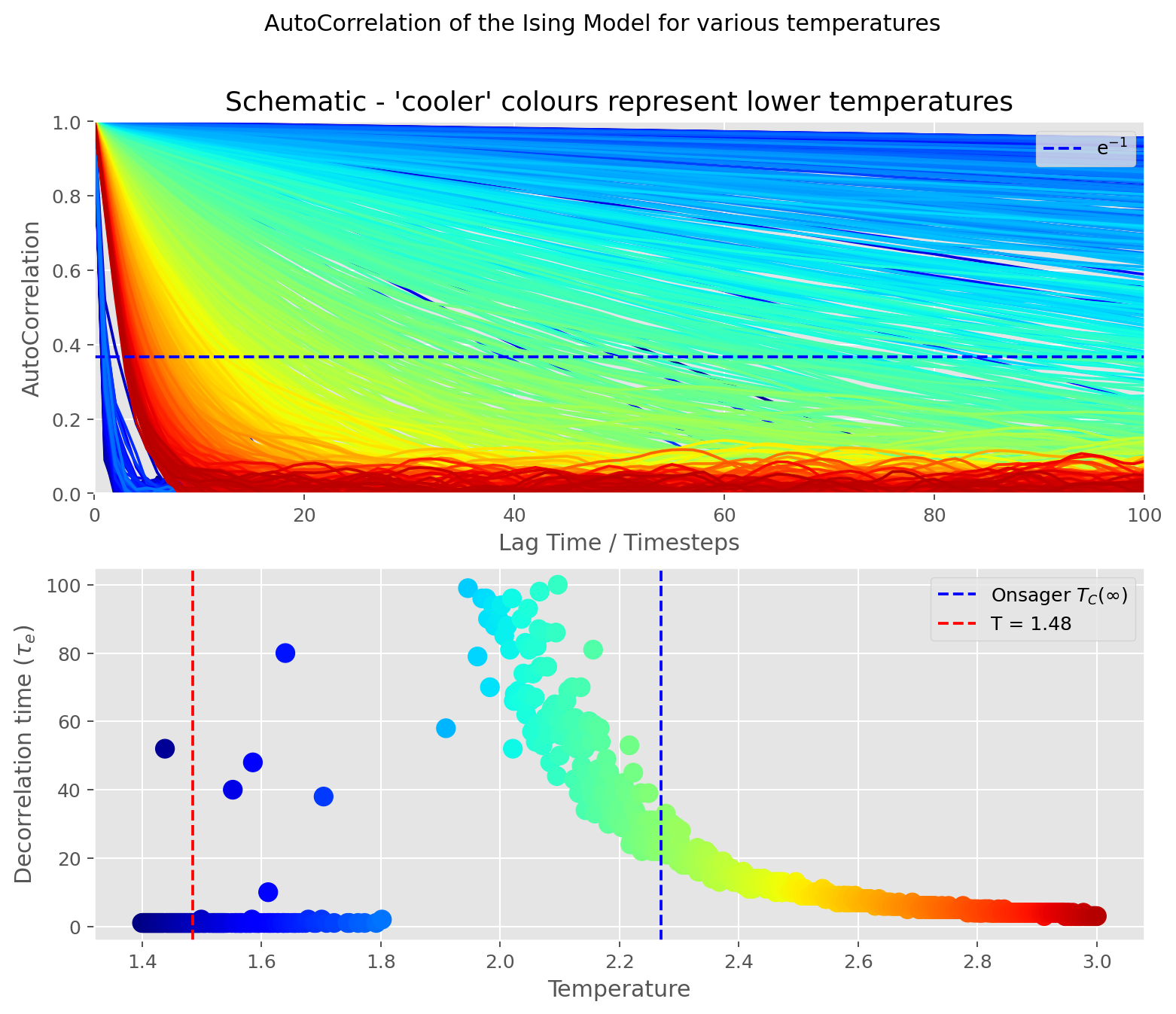 and, for far few temperatures around $T_C$: 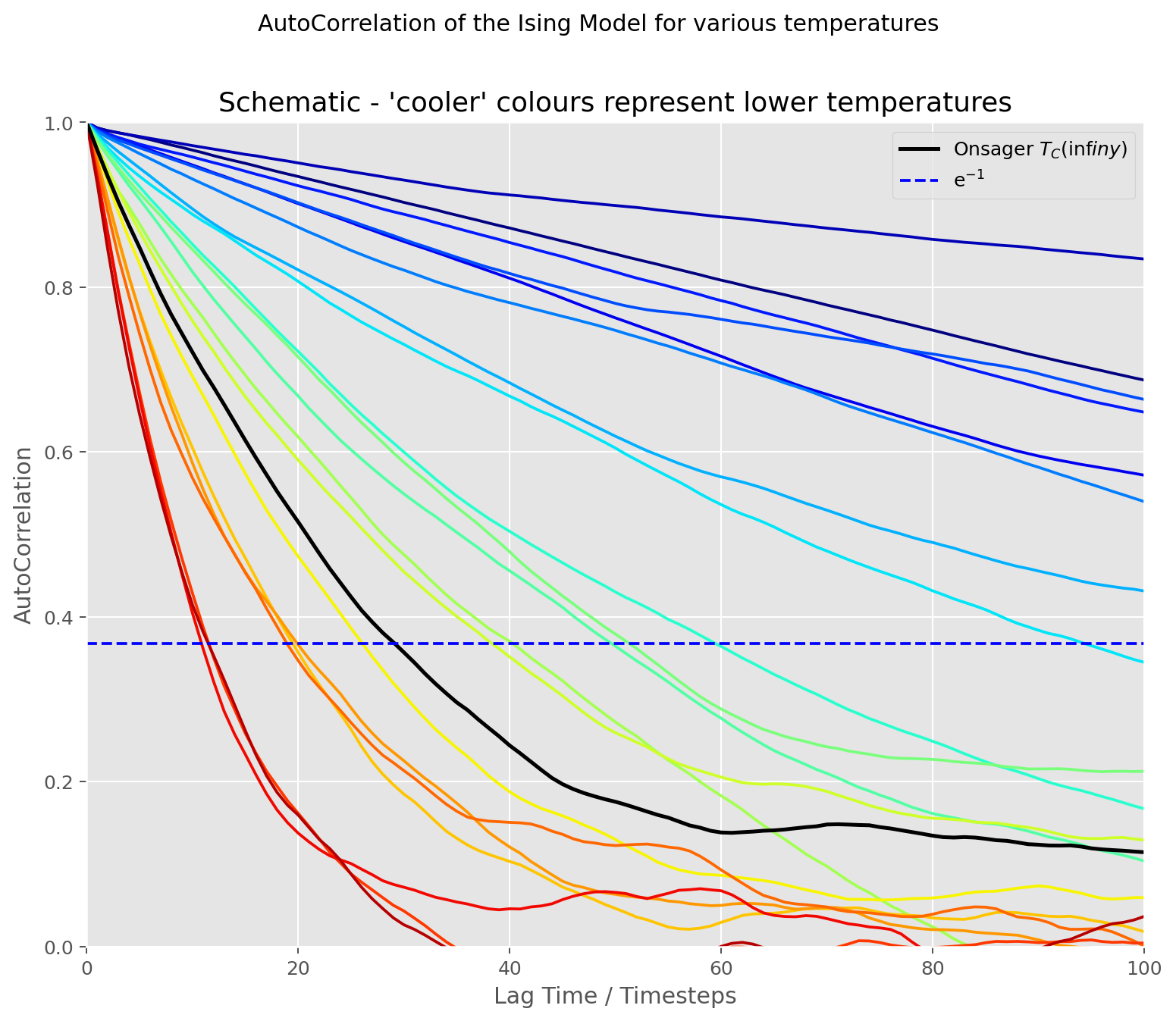 I have some ideas of the features of this plot.

Am I thinking on the right lines here or am I totally interpreting this wrong? Or is my simulation just busted?

Thanks for any assistance. :)

EDIT: After some more digging, the temperature range of the low $\tau_e$ zone below $T_C$ seems to depend on the size of the lattice. I'm quite stumped: 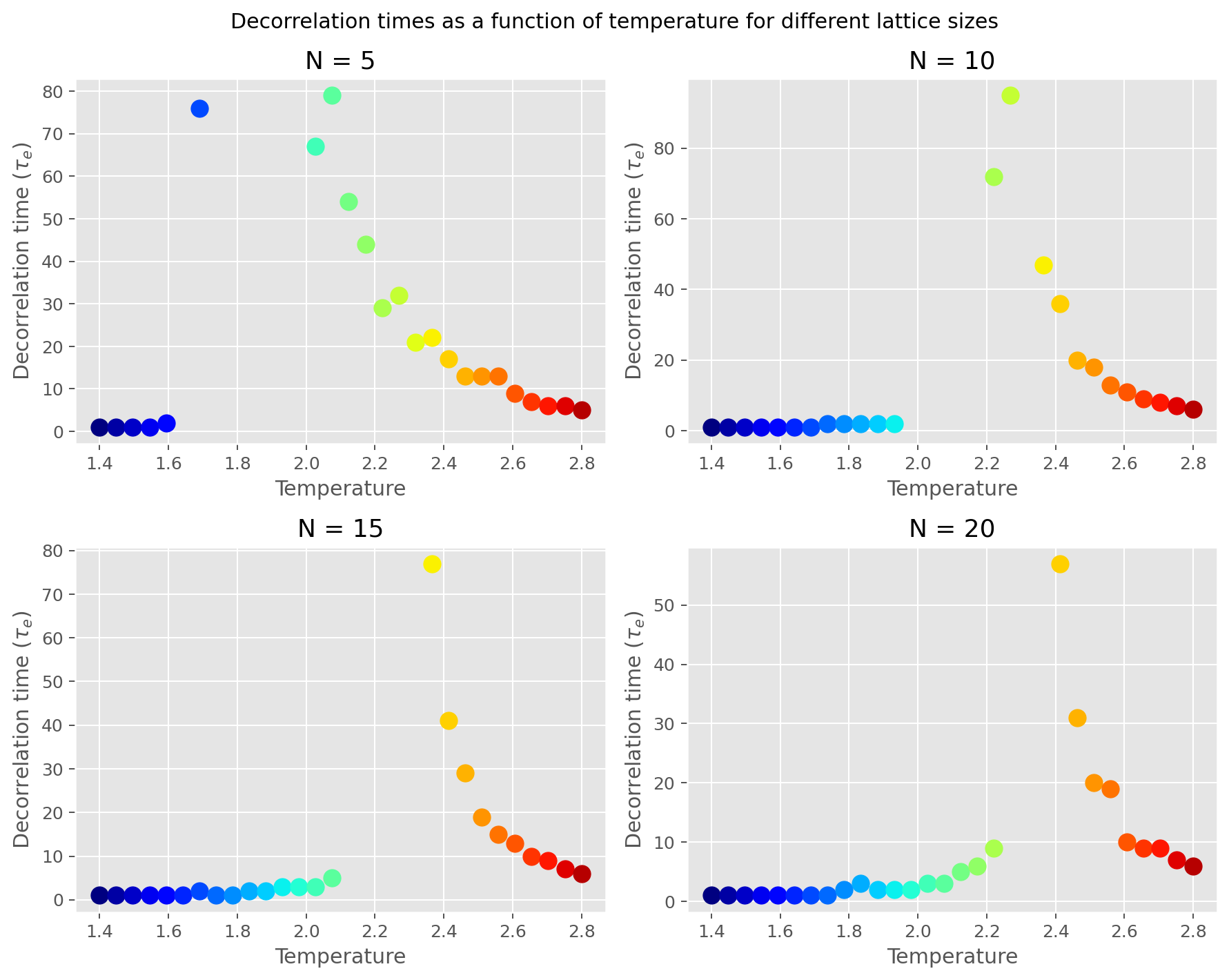 EDIT 2: After reading this question I think I have a better understanding: The correlation I'm measuring is actually the correlation between fluctuations rather than the magnetisation itself. In that case, it makes sense as to why this would decay exponentially both above and below $T_C$. I've encountered the idea of "Critical Slowing Down" around $T_C$ which may explain the large $\tau_e$ values there. If this is the right way to be thinking about this, I still have two questions:

For an infinite lattice:

What we see in the above figures is a similar effect: However, as the finite lattice size becomes smaller lower temperature fluctuations have a greater chance of affecting the future evolution of the system, because a single spin constitutes a greater proportion of all spins in the system. $\tau_e$ also never truly diverges, due to the finite nature of the lattice. As the lattice size increases, the position of these "spikes" in $\tau_e$ will move asymptotically closer to $T_C$ for an infinite lattice. Computationally, this means that the time to bring a system to equilibrium, as well as the time needed to elapse to get an averaged value of a given accuracy, increases dramatically around these "spikes".

12
Why do spin correlation functions in Ising Models decay exponentially below the critical temperature?