Is it possible to create protons from photons?

I've read a few pages on related topics (e.g here) but not found this question.

Is this type of reaction theoretically possible that we know of?

I know pair production creates electron and positrons, so could there be an analoguous mechanism for proton and antiproton?

I guess because protons are composed of three quarks the process would be much more complex...

Yes. This is possible from colliding real photons (i.e., on-shell photons). I try to show you how this is possible within the context of Standard Model of elementary particles. 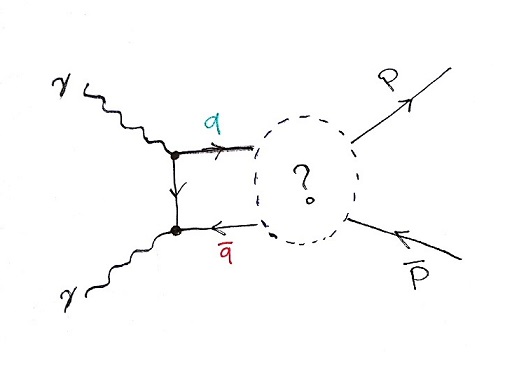 In the above diagram, the quark-quark-photon and antiquark-antiquark-photon vertices can be understood via electromagnetic interaction like QED. If the initial $γγ$ collision has enough energy for producing a proton-antiproton pair, then the process can lead to the production of a $p \bar p$ pair. For this purpose, we need three quarks (two $u$ quarks and one $d$ quark) and three antiquarks (two $\bar u$ antiquarks and one $\bar d$ antiquark). So we need such a Feynman's diagrammatic expansion: 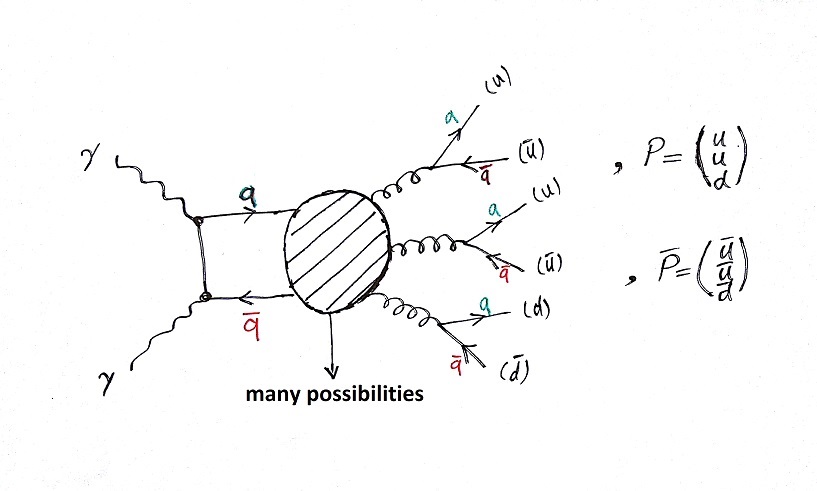 The dashed part of this diagram consist of infinitely many terms according to the allowed vertices in electroweak and QCD theories (in the Standard Model of elementary particles). In QCD, there exist three vertices and I restrict myself here to QCD interactions. For example, one of the lowest Feynman diagrams can be illustrated as 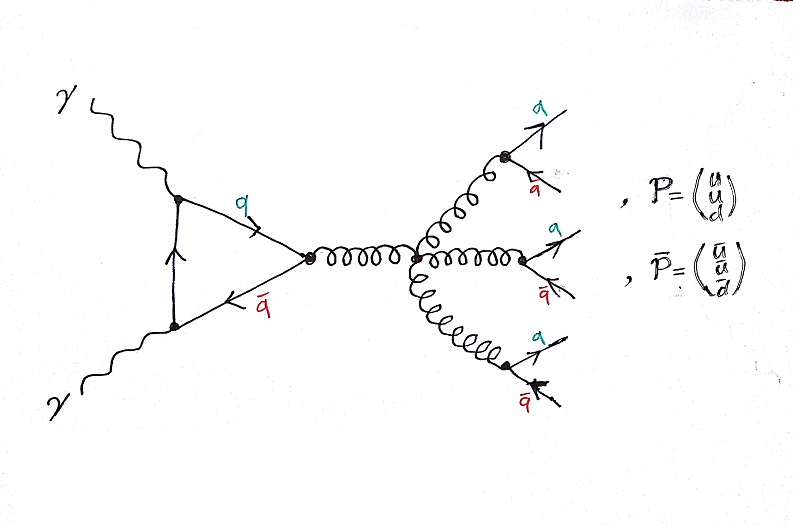 Another example is this one: 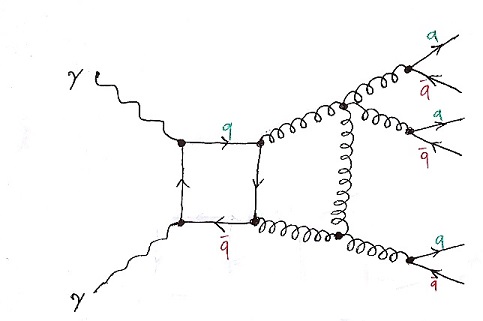 Note that, I've implemented the four possible vertices (within QED and QCD) in this answer, summarized as

Now, we have ended up with three quarks ($q$) and three antiquarks ($\bar q$). Supposing that two of quarks are $u$ quarks and one of them is $d$ quark, and supposing that two of antiquarks are $\bar u$ antiquarks and one of them is $\bar d$ antiquark, finally, the three quarks hadronize into proton and the three antiquarks hadronize into anti-proton. This process has been confirmed experimentally and analyzed before in a number of studies. In conclusion, it is possible to create protons (with anti-protons) from photons.

You may also find the following (relevant) studies/papers useful:

Yes , it is possible to create protons from photons , in gamma gamma colliders.

A pair can be produced from the energy of the two gamma photons.

It has already been seen here, with off mass shell gammas,

The feynman diagram is 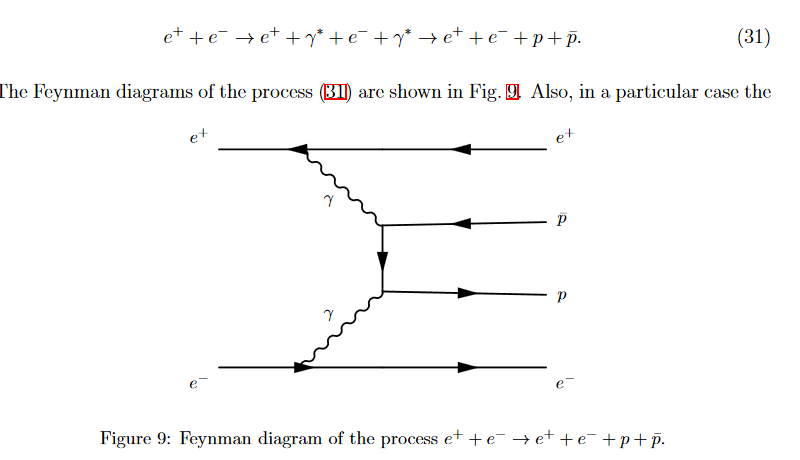 A similar diagram is implied, and the data are compared to models.

Of course in proposed collider only the part of the Feynman diagram with the gamma gamma,on shell, is relevant.

Not the answer you're looking for? Browse other questions tagged standard-model feynman-diagrams antimatter protons pair-production or ask your own question.

0
It's possible to create a proton colliding a positron with enough energetic photons?

24
Are electrons just incompletely evaporated black holes?
1
What is the product of a proton interacting with the CMB?
49
Why is matter-antimatter asymmetry surprising, if asymmetry can be generated by a random walk in which particles go into black holes?
1
How do photons create matter?
2
Proton structure: are there photons, electrons and neutrinos in there too?
3
Pair-instability supernovae: a thermodynamic perspective
4
Surprisingly substantial 1980's popular science book about particle physics
0
Is the baryon number consistent when it comes to annihilation?
0
Can a positive quark and an anti-quark annihilate?