How does the energy in a standing wave travel beyond a node?

In a standing wave, how does energy travel past a node?

It should just get reflected. Assume the case of first overtone and you strike the string at a place. How will energy distribute itself?

If it distributes over the whole string, then how is it the wave traveled past a node?

Basically the problem is a standing wave has been set up in the string . Now you strike the string at a place, and this creates a new pulse. Now this pulse will travel past the next node in the string (not the boundary) or will it reflect off even that node and remain confined to a particular region of the string?

Waves on strings combine linearly. This means that you can split up a string's motion into two (or more) superimposed waves. The two superimposed waves behave independently, as if the other one was not there. So if you have a standing wave set up on a string, and then you also introduce a travelling pulse, you get something like the following. (The arrows represent the direction of movement, and the node is marked with a blue dot.) 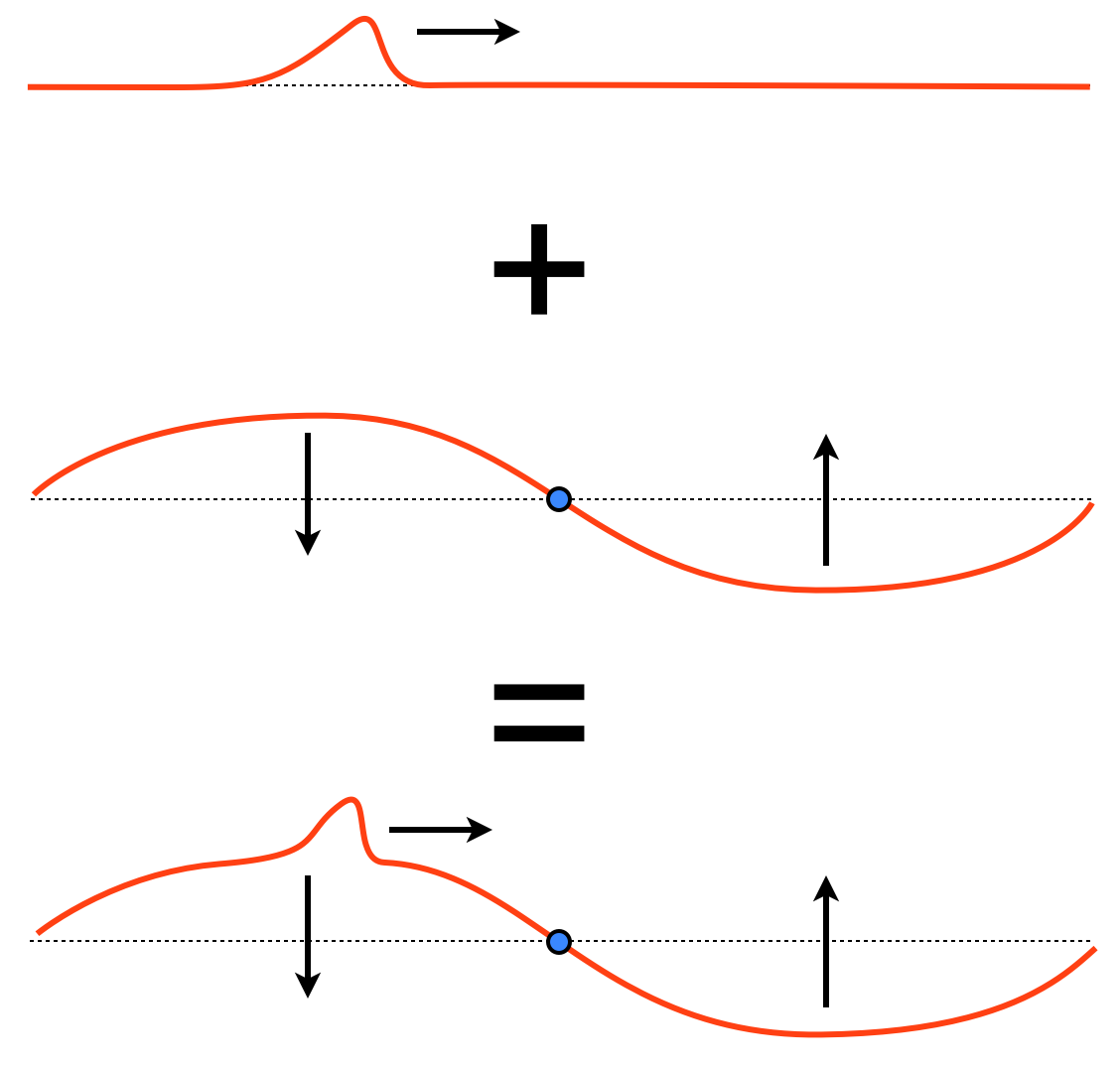 Now to answer your question. I wish I had a way to make the picture animated, but I think you can see it from still pictures. I'm going to draw what happens after a short time, when the pulse reaches the node. The standing wave has also moved, and is now swinging back in the other direction. 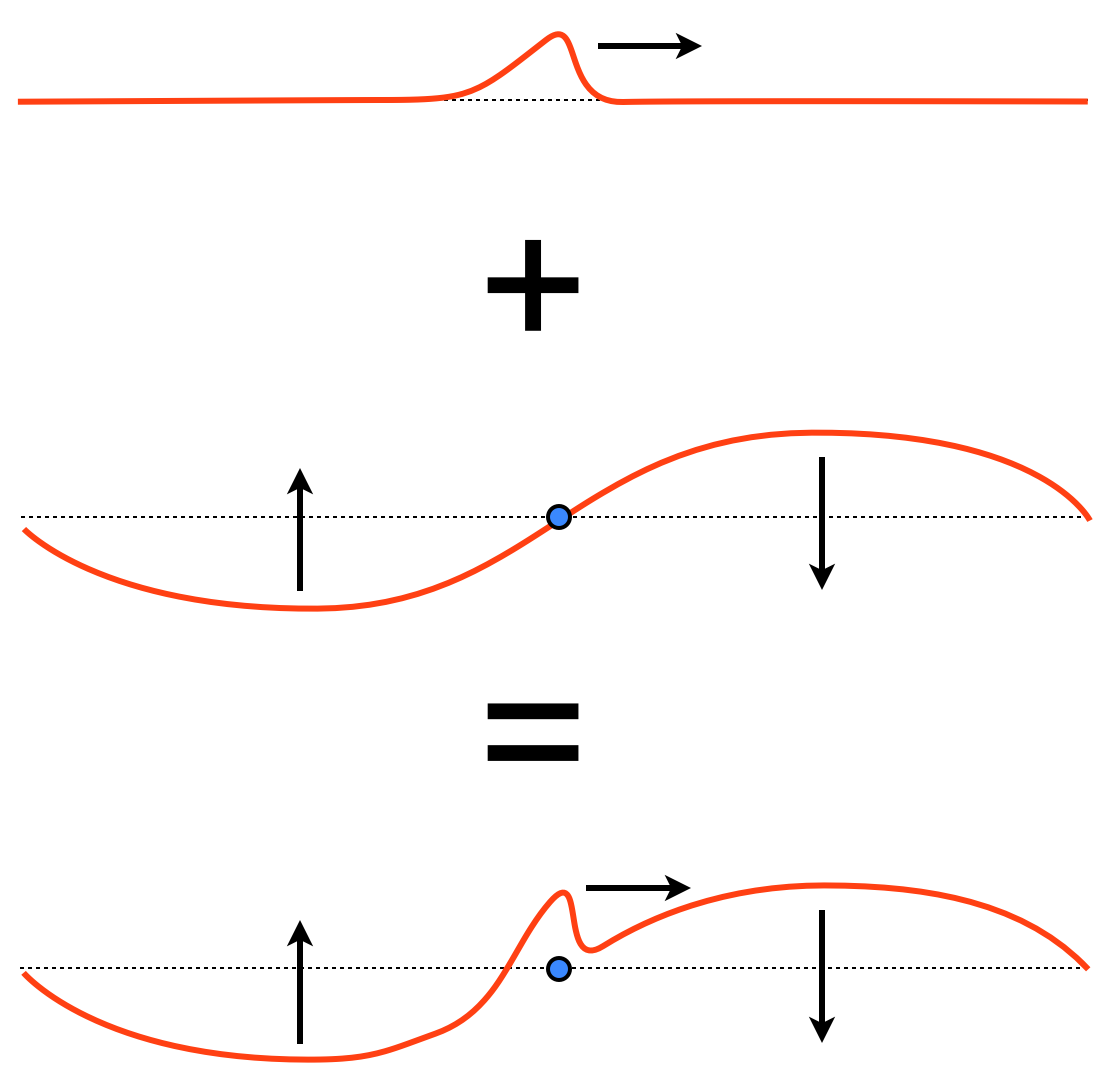 Note that not interacting isn't the same as not interfering. Interference happens when two waves get added together and sum to zero, but neither of the two waves is affected by being added in this way, so even when waves interfere, they don't interact.

I think you misunderstand the term 'node' in a standing wave.

To help clarify, think of a stringed instrument. If you pluck the string it will resonate at frequency x (with a range of overtones at harmonic frequencies 2x, 3x, 4x etc)

If you push down on the string at the midpoint and pluck at one side of it, you will get frequencies 2x (and its overtones at 4x, 6x, 8x etc) as the part of the string the other side of your finger is stationary.

To show what a node is, just touch the string at the midpoint - very lightly - this will remove the x component completely, leaving you with 2x, 4x etc.) - the difference is that all the odd harmonics (which would have had a maximum at the midpoint) are removed - your finger prevents the midpoint vibrating.

Wikipedia has this lovely graphic on the harmonics page: 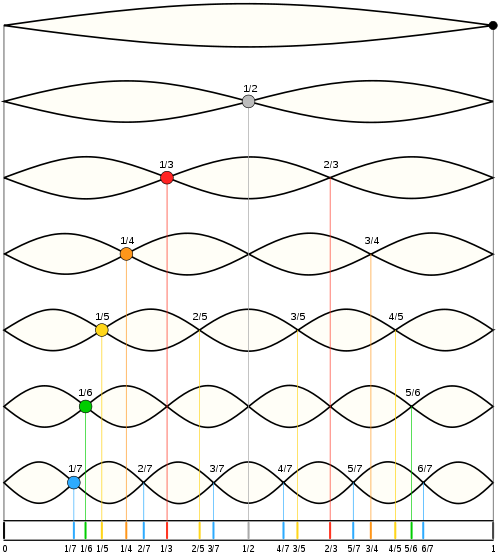 The thing to remember is that there is not a reflection at a node - instead, the waves within the string just cancel out at a node. Standing waves are the sum of the actual waves travelling along the string. The energy itself reflects from an end back down the string - which is why you get standing waves.

1
Energy propagation through stationary points of a standing wave
7
How do traveling waves pass through a standing wave node, if the node doesn't move?