Is the amplitude of the Cosmic Microwave Background (CMB) correctly predicted or just its spectral shape?

I see this beautiful graph of the CMB in Wikipedia 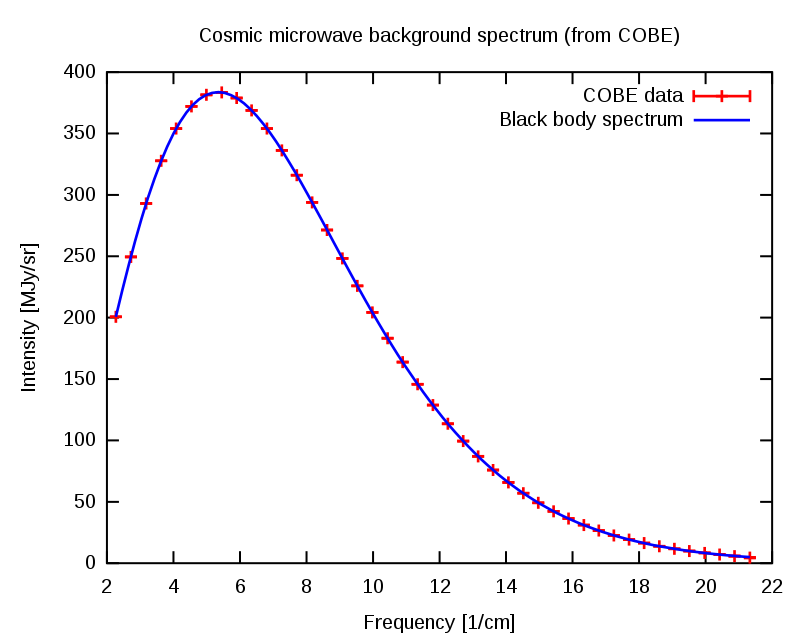 Apparently the measured data-points match the theoretical curve for black body radiation very exactly and the discrepancies and error-bars are simply too small to observe on the graph.

I am curious if the amplitude of the theoretical curve is taken as a free fitting parameter in constructing the graph? Does it actually look like we are surrounded by a hollow black-body shell at 2.7K, or is it just the spectrum that matches and the actual photon flux is much less or much greater? i.e. is the expansion factor that stretches the spectrum to longer wavelengths the same as the expansion factor that gives us the current level of irradiance? Are there any photons missing? Would a black body isolated in deep space equilibrate to 2.7K?

The cosmic microwave background is a highly isotropic and homogeneous blackbody radiation field in which we are embedded. The specific intensity of a blackbody radiation field isn't a free parameter and just depends on the temperature and frequency. $$B_\nu = \frac{2h\nu^3}{c^2}\left(\exp\left[h\nu/k_BT\right] -1\right)^{-1}\ {\rm Wm}^{-2}{\rm sr}^{-1}{\rm Hz}^{-1}$$ Any systematic uncertainty in the flux calibration of the observations would lead to uncertainty in the temperature estimate and/or the conclusion that a blackbody wasn't a good fit.

This plot, taken from Samtleben et al. (2008) shows how some (pre-Planck) data (with error bars) is matched to blackbody curves with different temperatures. As far as I know, temperature is the only free parameter here and the curves are just the Planck function at different temperatures. Using Wien's law we find the peak should be at frequency of 160 GHz for $T=2.725$ K and then should have a specific intensity of $3.3\times 10^{-17}$ Wm$^{-2}$sr$^{-1}$Hz$^{-1}$, as illustrated.

In summary, the specific intensity of the CMB is completely specified by its temperature (bar a small dipole anisotropy, which depends on our motion with respect to the co-moving reference frame, and the even smaller anisotropies that depend on cosmological parameters). An isolated body placed in space would equilibriate towards 2.7K. Photons at all frequencies have those frequencies reduced by a factor of $(1+z)^{-1}$ and the Planck function retains its form, but characterised by a temperature that is also shifted by $(1+z)^{-1}$. 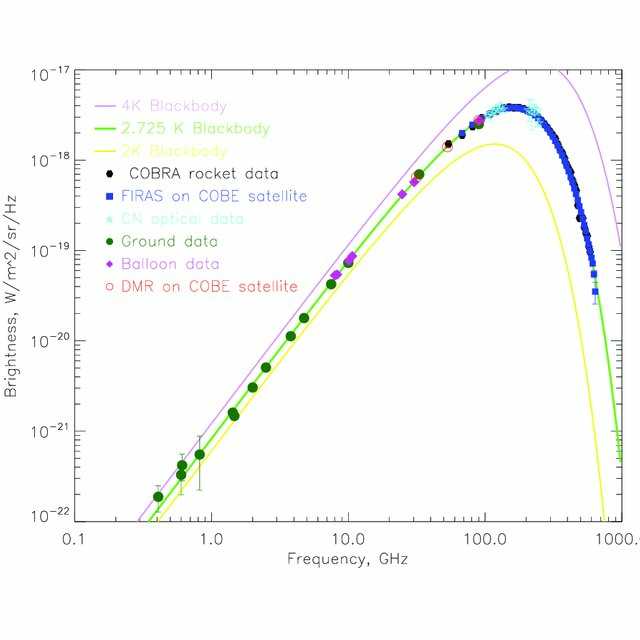 This is to agree with ProfRob and add a few more details.

Black body radiation, also called cavity radiation, has the special feature that many of its features depend on only one thing: the temperature. For example:

This means that if this kind of radiation is falling on a detector, then the energy flux, also called intensity, is not a freely variable parameter: once the temperature is given, so is the intensity $I$.

Suppose the detector is not perfectly efficient. In this case the signal strength will depend on the efficiency. One can model this by supposing there is an absorbing layer between the incident radiation and a perfect detector. In this case one of two things can happen. If the absorbing layer is itself passive then eventually it will reach the temperature of the radiation and then it has no net effect so the signal amplitude goes to full strength. Or, if the absorbing layer carries some energy away (e.g. by producing an electric current) then the detector gets a weaker signal. This inefficiency issue can be studied beforehand for any given detector, and thus the detector is calibrated for amplitude. Once calibrated, it can give a precise reading for incident amplitude with the known inefficiency accounted for.

It is a non-trivial fact about General Relativity that, in an expanding space, all these properties of thermal radiation are preserved, and thus, amazing as it may seem, the amplitude of the CMB is not a function of distance from the last scattering surface except through the way cosmic expansion affects the temperature and all the other properties together.

This added note is to address the fact that one can have a body such as a star or an electric filament light bulb that emits radiation with a black body spectrum, and that radiation diminishes in intensity with distance from the source. Such radiation can legitimately be called 'thermal' but it should not be called 'cavity radiation' and it is a moot point whether or not the terminology should allow it to be called 'black body radiation' because it is not homogeneous, so it does not have all the properties of cavity radiation described above. The CMB is (to very good approximation) cavity radiation and at each spatial location there exists a local reference frame in which it is isotropic.

From where did the CMBR originate? It came into existence when protons and electrons recombined to form atoms. The protons had a velocity distribution similar to molecules in a gas: 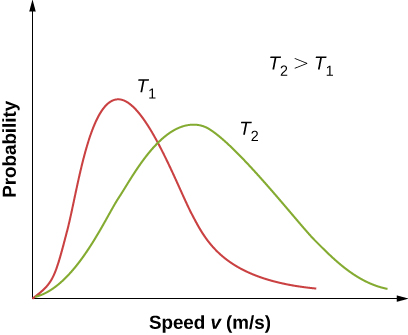 This already resembles the picture you have shown. A gas emits black-body radiation which has the same form as the picture above: 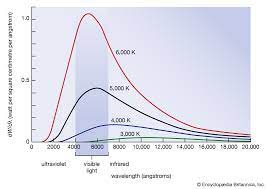 This same form is imprinted to the energy distribution of the photons of the CMB-gas. Which is what has been measured. In a way, you can say that the CMBR is the black-body radiation of the protons and electrons recombining in the early universe. So there are no photons missing. It's the real spectrum. An object put in empty space will eventually obtain a temperature of 2,7 Kelvin.

Not the answer you're looking for? Browse other questions tagged electromagnetic-radiation cosmology space-expansion thermal-radiation cosmic-microwave-background or ask your own question.

13
Why isn't there a high spike visible in the CMBR, due to a massive recombining of electrons and protons