How to explain smooth absorption spectrum of nature (plants, etc.) while the atoms have discrete absorption lines?

From quantum mechanics, a photon of energy exactly equal $h\nu=E_2-E_1$ could be captured by an atom that has the energetic level levels $E_1$ and $E_2$ (with $E_1<E_2$). This corresponds to "absorption lines" for the photons in the material made of a single type of atoms. 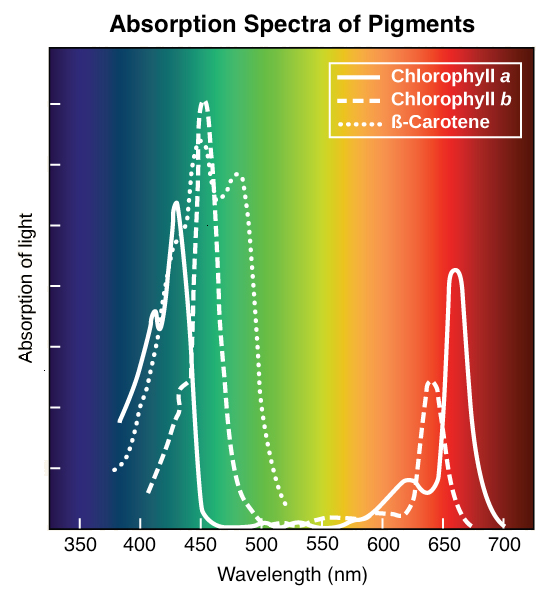 I'm going to go with an intentionally provocative answer. Atoms don't have discrete absorption lines. Nothing has discrete absorption lines. Any state that can decay or be excited necessarily has a finite lifetime $\Delta t$, and thus its energy is uncertain by an amount $\Delta E$ that can be estimated from a simple Fourier argument to be $$ \Delta E = \hbar\Delta \omega \sim \frac{\hbar}{\Delta t}.$$ In the case of atoms, the typical line widths are $\Delta \omega \lesssim$ GHz and the typical frequencies can be hundreds of THz, meaning that the lines look very sharp on a coarse-grained resolution. But "Dirac delta" peaks just don't occur in Nature. Anything that can be measured couples to the outside world and therefore has a finite lifetime/linewidth.

In reality, the broad spectra of typical materials are of course explained by the points raised in Vadim's answer: you have "classical" broadening by mixing the spectra from different sources, as well as the truly "quantum" broadening that arises from coupling between systems with the same spectra. Note that the latter is essentially the same physics as I described above, since localised states of a composite system have a finite lifetime due to the coupling between subsystems.

The two basic reasons are:

A typical single molecule spectrum would look as shown in this paper. These absorption spectra consist of many lines corresponding to many vibronic transitions. As spectra are usually are taken in solution the lines are inhomogeneously broadened by interaction with solvent molecules. They can also be homogeneously broadened by lifetime effects or by coupling to the phonon continuum.

There are multiple reasons for the width observed in a spectrum.

Besides this, we have broadening due to the environment of a molecule and simply the fact that we typically measure a whole bunch of molecules at once and not a single lonely one. Measurements of single molecules/atoms are possible but require advanced experimental techniques. These measurements look alot more like stick spectra that are known from atoms but typical measurements of organic molecules are done at room temperater in solution. In in that scenario environment/solvent effects have a large effect on the shape of the spectrum.

In the shown example i would assume that the measurement was done at room temperature in solution. In that case, every molecule has a different local environment which affects the energy of the states contributing to the absorption spectrum. The broad spectrum that we see can thus be seen as sum of many(lets say we have a concentration of one milli mol ~ 10^20 molecules) slightly shifted spectra. This summation will results in a very broad spectrum even if you do have good precision for single given spectrum. Just imagine the sum of 10^20 gaussians with small width spread around a central frequency, the sum will be one broad gaussian if the spread is noticeable.

Assigning peaks to states is thus not straight forward especially not in molecules were you have electronic states, vibrational states, rotational states, spin states ... Most of the states get mashed up under one broad signal and can only be separated clearly into single peaks if the experimental setup is carefully designed to do so.

Not the answer you're looking for? Browse other questions tagged quantum-mechanics atomic-physics spectroscopy absorption or ask your own question.

21
Why do lines in atomic spectra have thickness? (Bohr's Model)
1
What happens when an electron collides with an atom?
1
Having trouble understanding spectral lines
1
Photon absorption in a medium - basic principle?
1
A question on the emission spectrum and absorption spectrum
2
Bohr's model: Spectrum of hydrogen-like species
4
Is there a similar law of atomic de-excitation like radioactive disintegration?
0
How can the discrete atomic spectrum be observed?