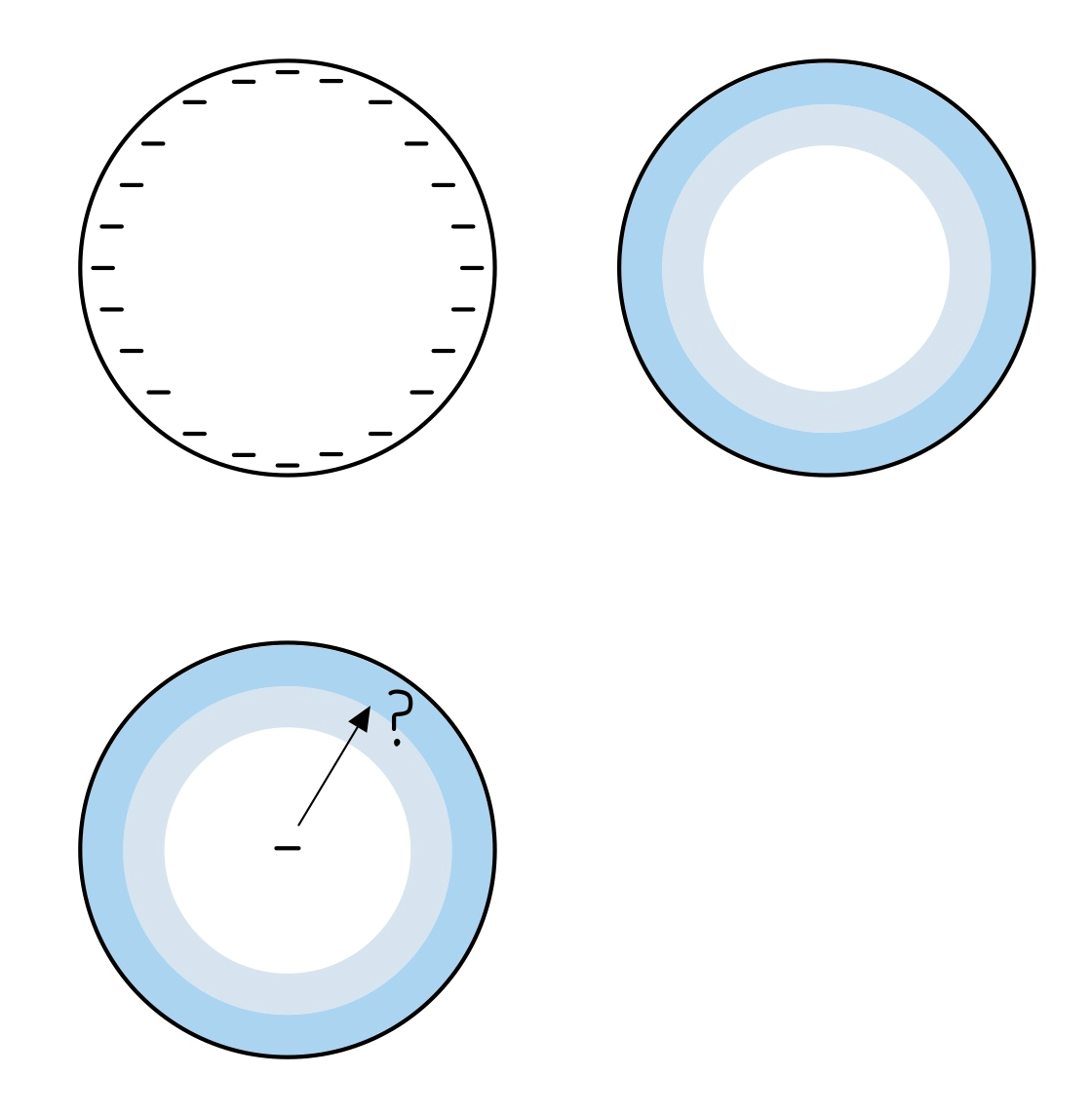 I was a bit skeptical of this myself when I first heard this so I made the following simulation.

Every red ball is a positive charge. Every charge is confined to be inside a sphere (they can't go outside a certain radius) but apart from that they are free to move. You might think that the charges on the surface would push the newly spawned charge to the center but counterintuitively the net result is that the charge is pushed to the side.

This is a result from a theorem (I don't know what's it called) that says functions obeying the laplace equation $\nabla^2V=0$ can only have a maximum/minimum on the boundaries of their domain or at infinity. Since $\vec E=-\nabla V$ for the electric potential and $\nabla\cdot \vec E=4\pi \rho$ we have that $\nabla\cdot(\nabla V)=\nabla^2V=0$ inside a vacuum. So if you have a distribution of charges on the boundary of a sphere the potential doesn't have a minimum at the center. The best you can have is a saddle point. So if you're a particle at the center trying to find the lowest potential there is always an escape route to somewhere outside of the sphere. 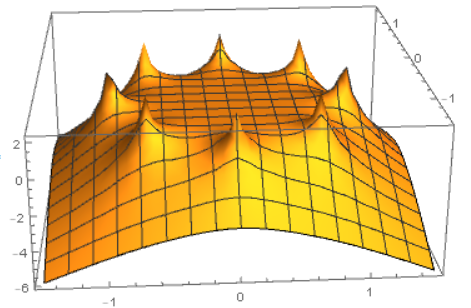 Here you see 8 charges placed in a circle and their generated 2D potential. In the middle you see a saddle point: if you place a charge exactly at the center it would remain stationary, but any deviation from that and it would accelerate towards the boundary and off to infinity. It's hard to see on this picture that it's a saddle point and not a minimum but trust me.

"negative charges tends to move to higher potential energy position, so why they are still going to the surface?"

This argument doesn't hold for the field inside a body bounded by a non-spherical surface. But if the body is made of a conducting material there is zero field after a very short time from placing of charges for a different reason. The charges when first introduced will indeed set up electric fields and free charges will move accordingly. But an equilibrium set-up will soon be reached, when charges have stopped moving (and reside on the surface). If there were any electric field inside the conducting body the free charges would be moving. So no (macroscopic) electric field in a conducting body in equilibrium. Nothing to stop new charges introduced from repelling each other and finishing up on the surface.

The question relates only to a charged conductor without current flow. Many students have observed the effects of static electricity generated in the classroom. A test subject stands on an insulator touching a conductive ball which becomes charged from a moving carpet belt and an electrode. Hair standing on end demonstrates that accumulating static electric charge does in fact move to points on the surface of the conductor, in this case a person. The hair remains standing until the subject dismounts the insulator and POP, the charge is discharged.

Going back to your question about why the negative charges go to the surface of a conductor, the reason is that this is not a configuration with higher potential energy, it is the configuration with the lowest potential energy. Another way to think about this is to consider charge symmetry, which tells us that the laws of physics do not change if we flip the sign of every charge, so we would expect the same situation with a negatively charged conductor as with a positively charged conductor: all the charge goes to the surface.

Not the answer you're looking for? Browse other questions tagged electrostatics electrons gauss-law equilibrium or ask your own question.

4
Why are there no charges inside a conducting sphere?