I am looking for a different approach that of the relativistic effect of Einstein. 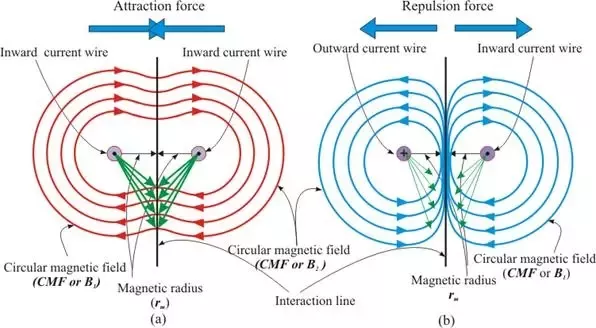 Physics does not have an explanation why electromagnetism exists, but it does describe how it works. One could argue that parallel currents attract because of the Lorentz force and Ampère's law. Conversely, these laws are what they are because parallel currents attract. In the end the laws are as they are to explain, among others, this observation.

Faraday might have used an argument like this one... The magnetic fields due to two wires carrying currents in the same direction tend to cancel between the two wires, but re-inforce beyond the two wires (applying right hand grip rule). Magnetic field lines behave as if under tension but exerting lateral pressure, so if you draw the pattern you will see that the wires are forced together. By a similar argument, wires carrying currents in opposite directions are forced apart.

Too hand-wavy? Well, you don't want Einstein's approach and I guess that you know the mainstream argument based on the Lorentz force.