David J. Griffiths in his "Introduction to Electrodynamics" (chapter2), says that the Electric field inside a cavity (in a conductor) which contains a point charge is nonzero. this is because we can choose a gaussian surface inside the cavity (just a little smaller than the cavity), then by applying Gauss's law:
$$\int \vec E \, .d\vec a = \frac{q}\epsilon_0 \rightarrow \vec E\neq0$$ 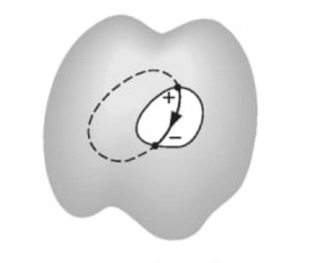 can someone plaese explain his second argument? I don't really understand it, what exactly is preventing us to apply this argument to the first case? conceptually and mathematically (in the context of electrostatics)

Now, you could obtain this integral as $0$ in three ways

Oh no! Now we're just left with only possibility left so it's probability will be $100\%$.

0
Electric field between the inner surface of a hollow conducting sphere, and a point charge inside it