I am a high school student and I am very confused in surface tension , In some books it is written that contact angle is formed because the surface of a liquid can't hold tangential stress so the surface will become perpendicular to the net force resultant of adhesive and cohesive force on liquid molecule at the solid liquid interface, but it creates some confusions

2)secondly, they say that liquid surface cannot hold tangential stress but in my point of view, surface tension is also a sort of stress developed in the surface due to molecular assymetry (I don't know the exact molecular reason of it, but this is what my books says I would love to know the exact reason if anyone wants to explain in simpler words) like if can't hold tangential stress then how can we balance a weight with a soap film? and they themselves shows surface tension tangentially in capillary rise so this can't be true. 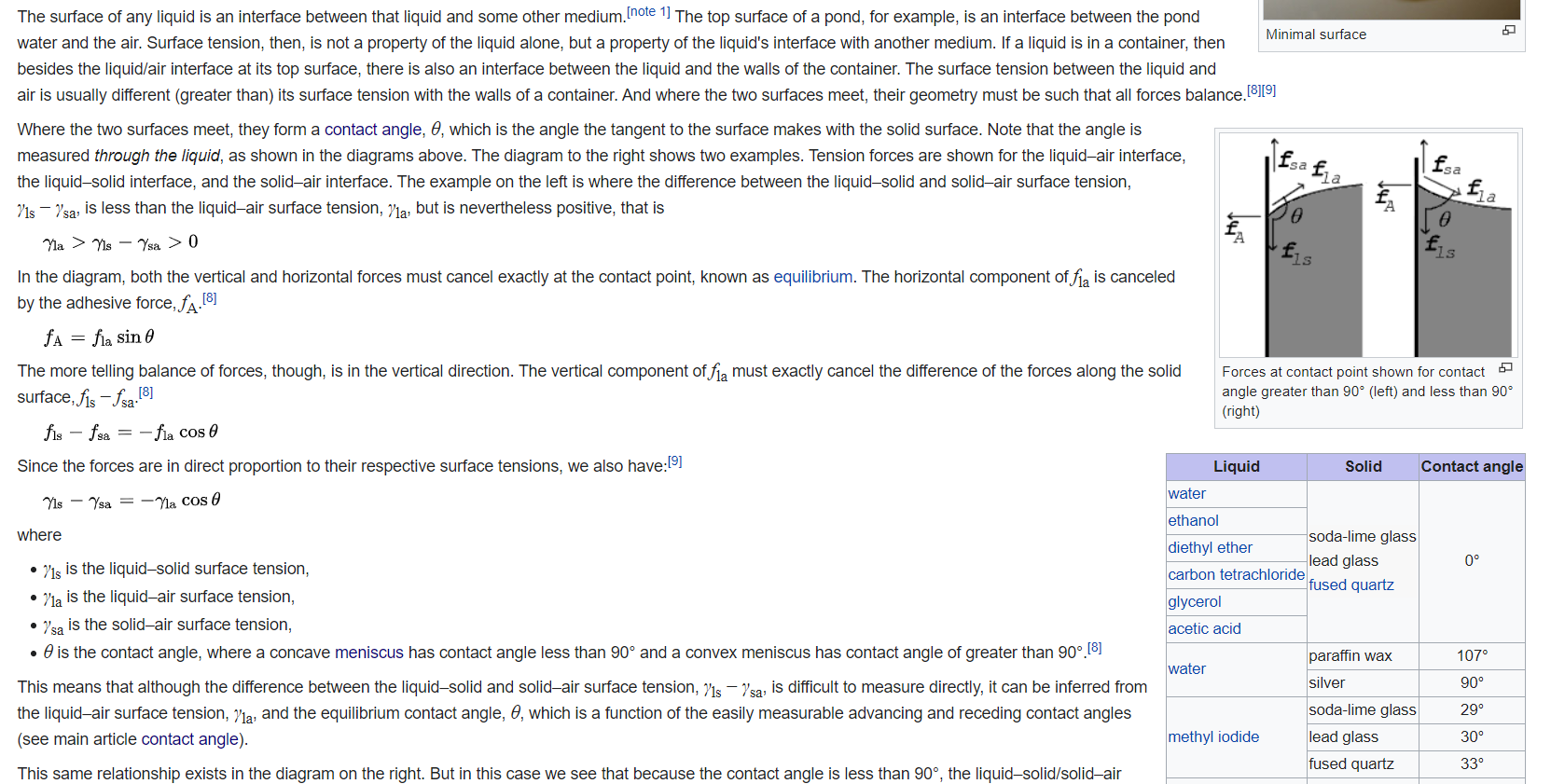 But I don't understand

1)what does those forces physically indicate? like which thing is the cause of them and which is affected by them? At first I thought the surface tension force that they had shown for e.g at solid -liquid interface is indicating that some sort of force is applied by the air molecules on the liquid particle at the interface but then I saw an experiment on you-tube in which they capillary rise phenomenon happening even in vacuum with the same rise in height(in which they first diminishes all gas soluble in the water so that their will be no activation energy left for the boiling process to start otherwise water would be boiled at this low pressure.

2)why they have shown surface tension forces for each interface separately, if we have to look only on liquid surface? and why they have not considered the cohesion force experienced by the liquid molecule at interface from the bulk liquid?

If anyone can explain these points to me in a simplified way OR tell me if they are beyond my level to understand then how should I imagine surface tension so that these confusion don't arise.

It would be very helpful for me If anyone can help me with this:)

This is not an answer but an extended comment. I cannot answer this question satisfactorily due to lack of expertise but I would recommend to read or take a look at the following papers (especially the one by Berry), some of which present the molecular mechanism of surface tension and clear some common misconceptions regarding surface tension.

And an another paper which might be of further interest.

The true reason for surface tension is intermolecular forces of attraction. consider the following: 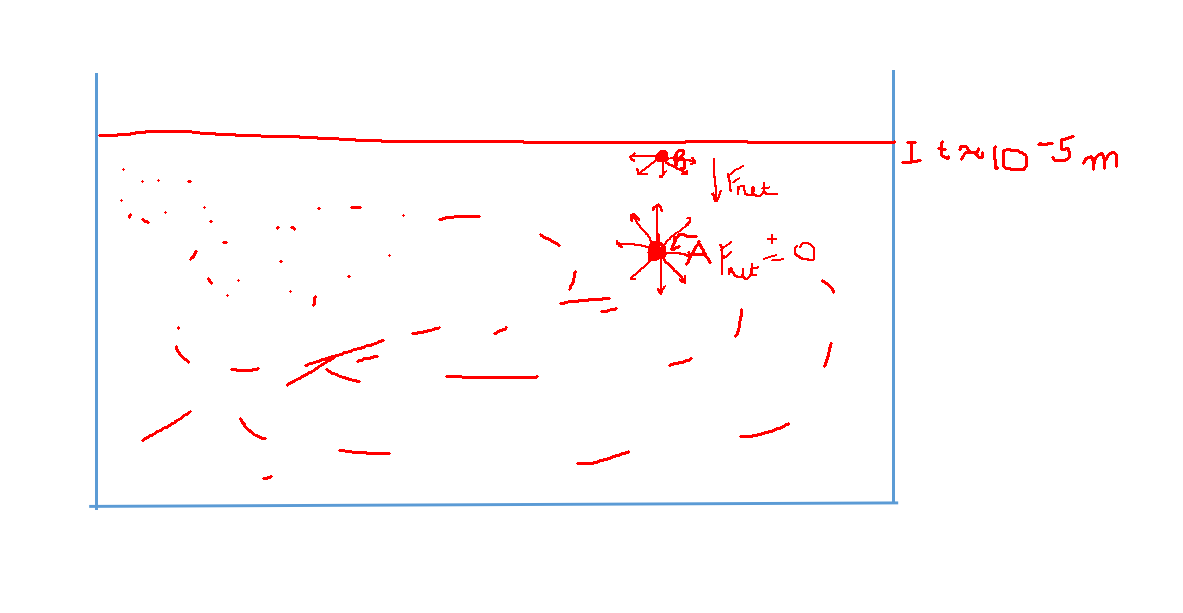 In this beaker, consider molecule 'A' equal forces act on it from all directions, thus no net force is on it However, in the exposed part, there are no molecules above the Particle to exert a force thus a net downward force exists, This is surface tension. As for contact angle , It is the result of adesive and cohesive forces.

Not the answer you're looking for? Browse other questions tagged newtonian-mechanics classical-mechanics fluid-dynamics fluid-statics surface-tension or ask your own question.