Is there interference and which-way-information?

Since interference is possible with a single photon, both interfering signals of a photon, after passing a beam-splitter, arrive at the detector with a phase-shift. No upper limit of this phase-shift is known. Therefore a test setup as shown in Fig.1 should answer the question, which way the photon took.

The laser radiation is down-converted by a BBO crystal to the two entangled beams “SIGNAL” and “IDLER” which are separated by a Glan-Thompson-Prism. The “IDLER” beam is received by detector “D1” which feeds it's signal to the “Start” input of the time-to-phase converter “TPC”.

The level of interference and thereby the count-rate at “D1” can be determined by “PS1”.
“PS2” doesn't influence the interference at “D1” but introduces a time-delay in “Path2”. 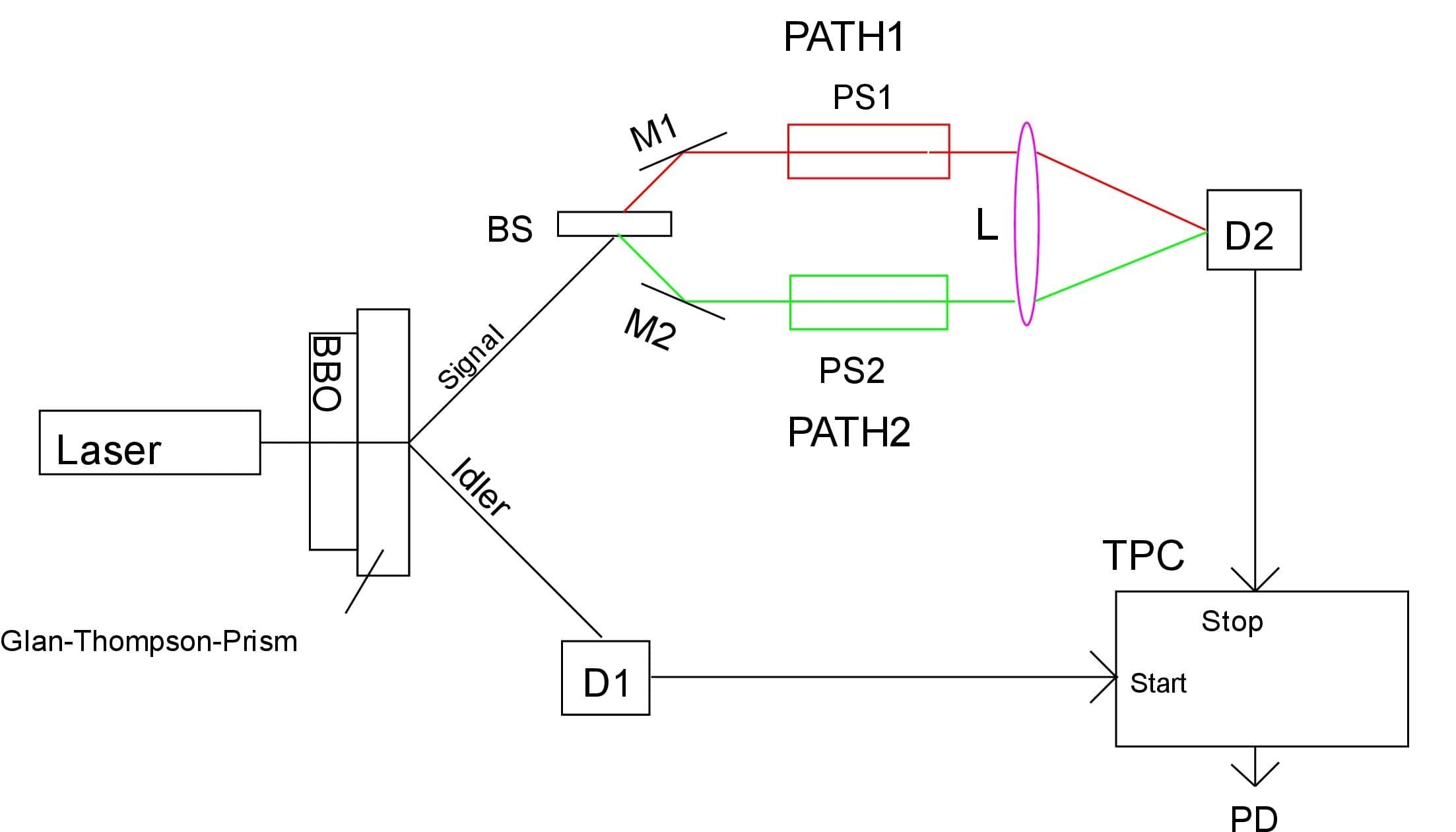 Browse other questions tagged quantum-field-theory photons interference or ask your own question.

17
What exactly is meant by the wavelength of a photon?