What is the net force on a rocket immediately upon ignition?

After liftoff, the rocket experiences a net force: the force of thrust minus the force of gravity gives a positive net force upwards.

However, at the moment of ignition, there are three forces: the normal, the gravity, and the thrust (let's assume the engine is at 100% immediately for simplicity).

In the latter scenario, I'd think that the net force would be the normal force + the force of thrust - the force of gravity. When comparing this to the forces after liftoff, there's an additional upward force here (normal force). So, would there be an overall greater net force on the rocket at the moment of ignition compared to after liftoff? I'm sure I'm missing something here, but I can't seem to figure it out!

Diagram I spent too long on for visualization: 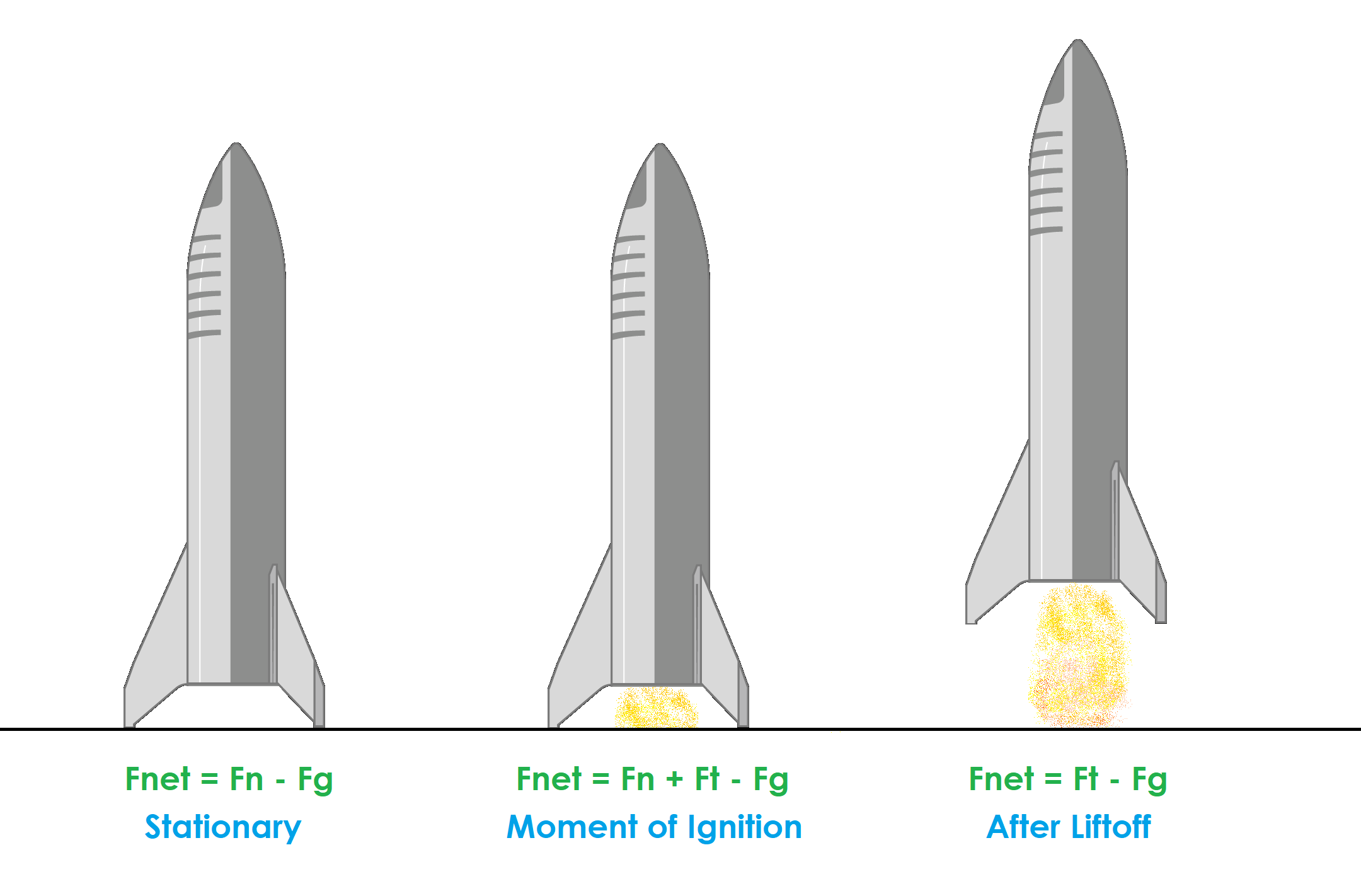 The reaction force adjusts itself to be just strong enough to prevent the mass from penetrating the table top. It is always a force away from the table. It never holds the mass down. If the mass is sitting there, the magnitude is the same as the weight of the mass.

If you lift up on the mass a little, you partially cancel gravity. The reaction is just strong enough to cancel the rest.

If you lift up with the same force as the weight, the reaction drops to $0$.

If you lift up with a stronger force that that, the reaction is still $0$ and the mass accelerates upward.

As real materials are not perfectly rigid there will be some material deformation from the action / reaction of normal forces between the rocket and the pad. So for a fraction of a second after ignition you can consider a slight force added by the flexing of the materials as they return to their yield point as gravity is countered by thrust.

Not the answer you're looking for? Browse other questions tagged newtonian-mechanics forces free-body-diagram rocket-science or ask your own question.

1
Space Rocket Lift Efficiency and the Gyroscope?
0
How to calculate net force on a rocket from multiple engines?
0
Acceleration of a Rocket at Launch
0
How do we determine the forces present in the free body diagram of a system including multiple objects?
0
Calculating Rocket Engine Power from Force and Burntime
1
Net force on links in chain?
0
What is the force pair for the normal force? Clarification on Newton's 3rd Law