"When we bring two atoms close, respective repulsion and attraction happens between the two's electrons and protons. Experimentally it is found that the attraction force is greater than repulsive one, so two atoms approach till potential energy is minimum." 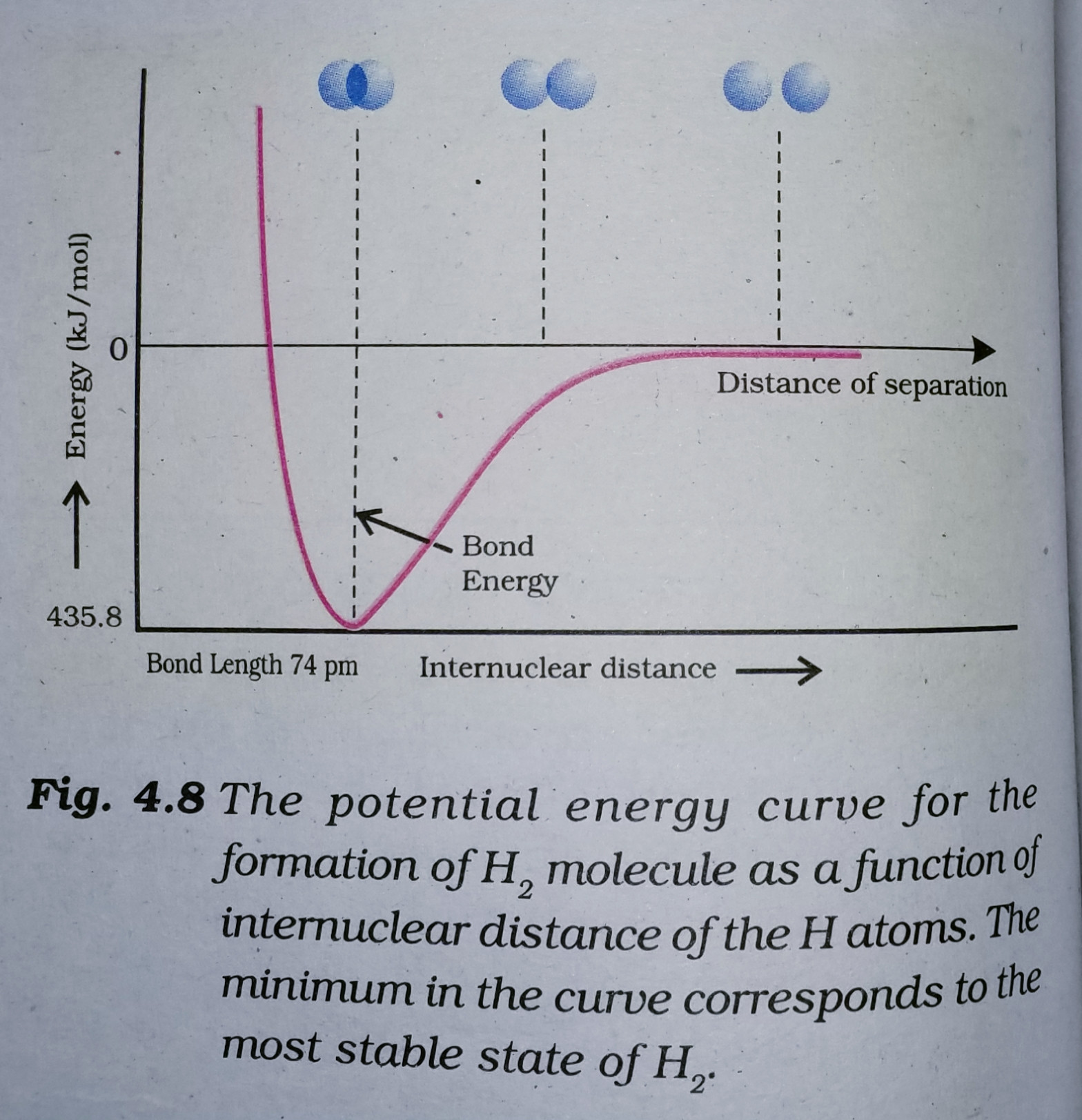 So a bond is formed, because of potential energy. There is overlapping of orbitals too, so electrons gets shared. From this, I think sharing of electrons is not necessary for forming bonds, but it is a consequence.

So, can bonds form without any sharing of electrons, where overlapping of orbitals won't happen at minimum potential energy of atoms?

Ionic bonding involves a complete transfer of an electron from one atom to another, so orbital overlap, or hybrization does not occur.

In ionic bonding which involves electrostatic forces between atoms of opposite charge or differing electronegativity, rather than the sharing of electrons, one atom donates an electron and another receives one. But the result is still a drop in overall energy, as per covalent bonding.

In nature, things will always arrange themselves in such a way as to minimise energy. This means that (unless another external source of energy is being transferred into the system) no bonds will ever form spontaneously, unless the end result is a reduction in the total energy (usually at the liberation of energy). So overlapping of orbitals always result in the minimisation of potential energy.

The binding energy results from the fact that the electrons if one atom also experience the nuclear potential of the other. This effect overcomes the repulsion between nuclei and between electrons. Therefore there is always some amount if sharing, even for ionic bonds. There is no bonding without sharing.

Hybridization, sharing and overlapping of electrons takes place only for covalent and co-ordinate compounds. Carbon exhibits the same due to catenation and tetravalency.

There is no quantum mechanical explanation of the octet rule which is full proof because it isn't, as a matter of fact, completely true. However bonding and overlapping occurs due to the quantum numbers. For instance, carbon has the configuration which looks like this:

In its excited state (when given energy) one electron from the 2s orbital reaches the p orbital, thereby leaving 4 electron spaces for bonding purposes and complying to Hund's rule. The excited configuration looks like this:

And the above develops varying kinds of hybridizations, the most common ones being sp3, sp2 and sp.

However the ionic bond formation is different as compared to the above process. Here, the electrons undergo complete sharing of electrons. Take the example of Sodium chloride. A common question which arises is that if Sodium chloride is formed due to formation of Sodium and Chlorine ions separately, why do both the ions stay together? Ideally Sodium and Chlorine both have achieved their octets, by losing and gaining an electron respectively.

As you can see in the above diagram, the two ions stay in close contact due to attraction of the opposite charges developed on them due to loss and gain of electrons respectively. This is mainly due to electrostatic attraction developed between the ions. No overlapping of any sort occurs in an electrovalent compound.

Not the answer you're looking for? Browse other questions tagged atomic-physics potential-energy atoms orbitals subatomic or ask your own question.

15
Why do covalent bonds form?
5
How electricity, and generating electricity works on the atomic level?
2
Bond Angles - H2O vs CO2
2
Do electrons actually reside in orbitals?
4
What is the physical significance of the overlap integral?
6
Why do electrons abide by Hund's rule?
9
Electron falling into proton approaches infinite kinetic energy why?
0
Why does bond vibration frequency depend on bond strength and atomic masses?