Why is tension on both ends of rope equal and why is it only achieved at the middle of the rope when the mass is suspended by a ring?

I was told that when a mass attached to a smooth suspending wire by a ring shaped holder; after reaching the equilibrium position it would be exactly halfway across the wire and, tension on both ends of the wire would be equal. In short, this. But why necessarily so? According to Newton's first law, only that the components add up to zero should be sufficient, no? While the horizontal components of the tension forces must be equal, the vertical ones not necessarily so. Then why are the tension forces equal? Also, why is that achieved only when the mass slides down to the middle of the rope? Are they just assumed for simplification purposes, or are there better reasons to justify them?

Consider that you initially start by placing the mass at any point on the rope. Due to extra length between the joints or elasticity of the rope a certain bending would be observed, forming an angle. 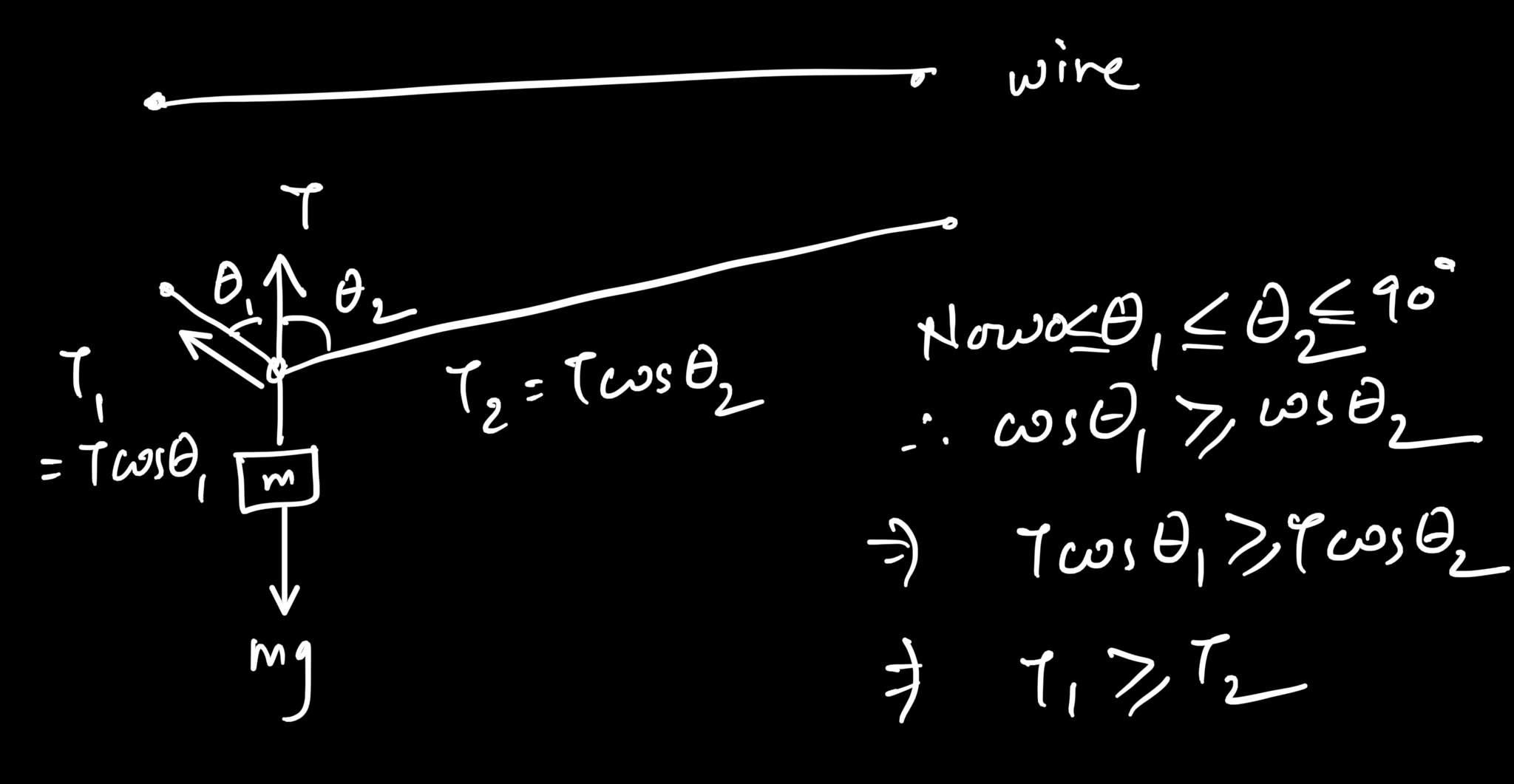 Due to this, if the ring could not move freely, both joints would experience different tension.

Now, as the ring can move freely along the rope, the mass would decrease its potential energy by moving to a point on the rope that makes it closest to the ground. This point geometrically would be the center of that rope. At this point both $\theta_1$ and $\theta_2$ would be equal and we would get equal tension.

11
Rope tension question
4
Visualizing Tension in FBD -- Rope With Mass
5
Tension of rope. Different Answers?
0
Why, intuitively, are tension forces the same but opposite in a taut rope/string?
5
Rigorously proving equal tension on both ends
1
Normal contact force with a light string
0
Hanging (without tying) a ring or any other object with a massless string
7
Is it really the Tension in the rope that pulls the pulley?