Also, I realised that if there is no damping, we can only get 180 or 0 phase difference, which is quite counterintuitive to me. Can anyone give any example to help me feel better?

Imagine that the oscillator is a swing and you are the force pushing it. The phase shift is nothing more than the statement that you have to act differently than the swing. Obviously, you shouldn't push in the exact opposite direction (which rules out a phase shift of $\pi$). 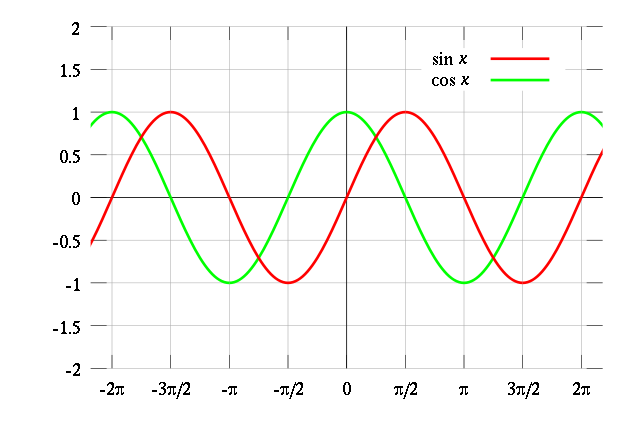 Imagine the red line being the amplitude of the swing, and the green line is your push strength.

Not the answer you're looking for? Browse other questions tagged waves resonance vibrations or ask your own question.