Torque experienced by a body under shearing stress

Given below is a piece of information from table 9.4 on page 243 from my standard NCERT class 11th textbook: 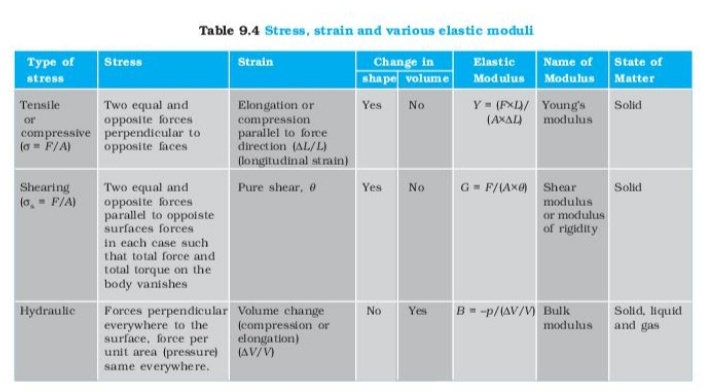 And this information corresponds to shearing stress...I understand that net force will be zero but how is net torque zero?

I tried using right hand rule to get torque due to both forces in same direction (hence non zero torque), perhaps I'm doing it wrong...

Your textbook, like most textbooks, is, I think, confusing on this point. If all the forces involved are parallel to the surfaces, then you need two pairs of forces for equilibrium.

You might object that I can put a cuboid under shearing stress and keep it in equilibrium, by placing it between my two hands, involving only two opposite faces. What's happening here is that you are not applying forces that are wholly tangential to the faces. Aditya Sharma's answer takes over here.

It is because the Normal force balances the total torque of the applied force and the force that is opposite to applied force (usually friction).

The Normal Force does so by acting from a different point of contact (so that it does not pass through the Centre) simultaneously balancing gravity as well.

Not the answer you're looking for? Browse other questions tagged forces torque stress-strain or ask your own question.

42
Apparent Violation of Newton's $3^{\text{rd}}$ Law and the Conservation of Momentum (and Angular Momentum) For a Pair of Charged Particles
0
Confusion between TWO shear stress formulas
1
Why can we not set each applied force equal to zero?
3
How does stretching of a coil involves shearing stress?
0
Physical meaning of internal bending moment
0
Why stress is differentiated while balancing torque of a body in equilibrium?
1
Confusion regarding torque and calculating linear/angular acceleration of an object when a force is applied a distance from its center of mass?
0
How exactly is potential energy and work done defined in this example?
1
Why is the sum of torques for each particle equal to the external torque?