In the second to last sentence, I have no idea how $v = (2,0)$ was calculated. Can someone derive this for me in detail, or with a picture? 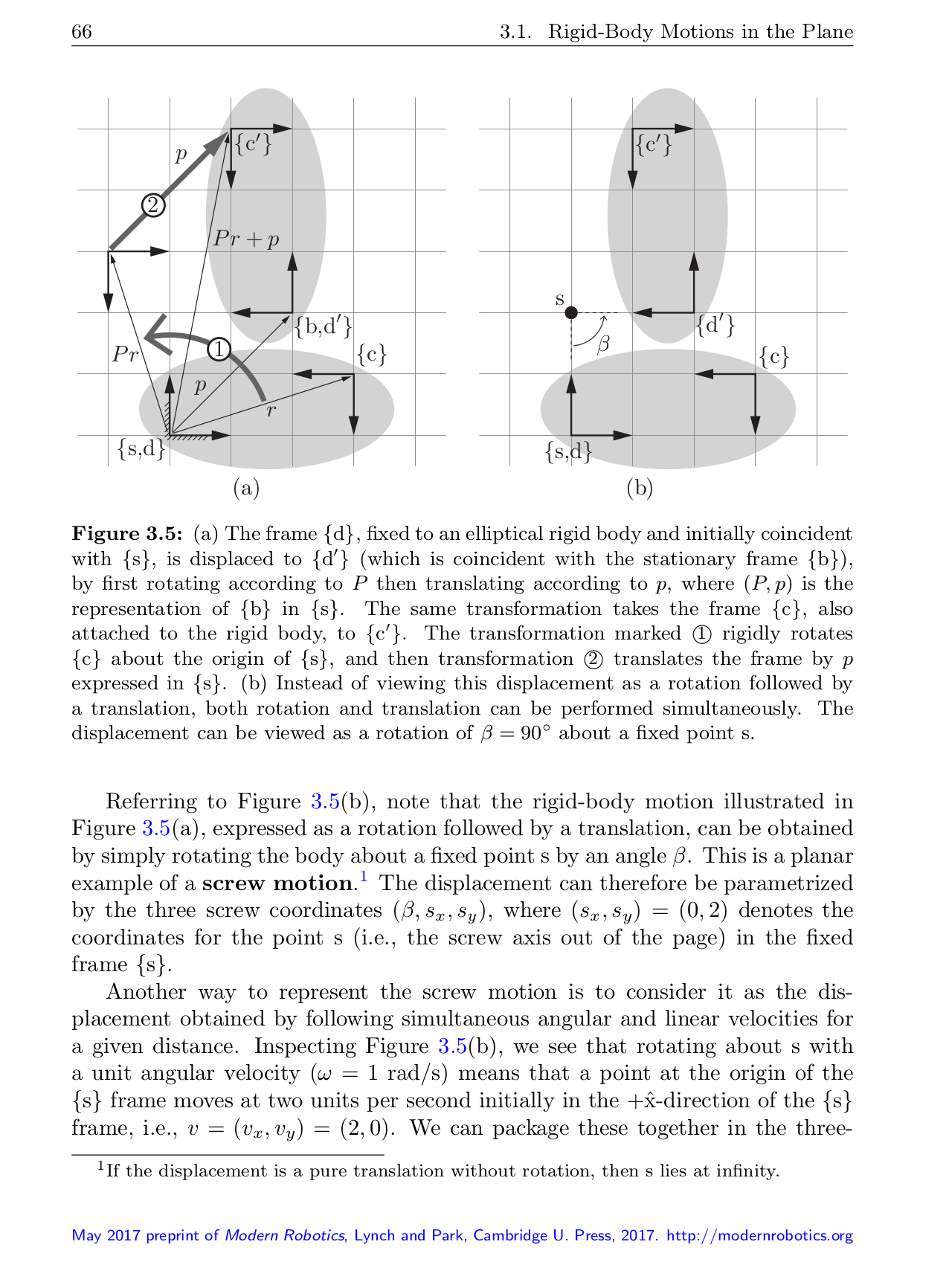 I figured it out, it's quite simple.

I am citing formulas from this reference page:

The formula for the magnitude of the velocity is $\| v \| = r \omega$ where $r$ is the radius defined as the line segment from the origin of $s$ frame to the "fixed point" about which the screw motion is applied (the thick black dot in the picture). Radius = 2. Additionally, the angular velocity is assumed to be $\omega = 1$. Therefore, $\| v \| = 1$.

Now, we just need to calculate the unit direction vector of the velocity. Recall that the linear velocity $\vec{v}$ for a vector $\vec{r}$ rotating in a circle is tangent to the circle, and perpendicular to $\vec{r}$. Given $\beta$ is rotating counterclockwise, the unit linear velocity vector $\hat{v} = [1, 0]$.

Deriving the relation between angular velocity and linear velocity- 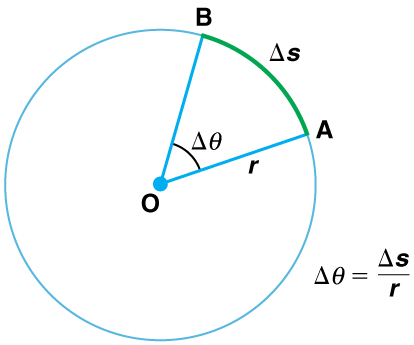 Linear velocity is simply how fast, and in what direction an object is moving (in SI units this is expressed in meters per second) relative to some frame of reference. Something which is moving in a straight line at constant speed is said to be in an inertial frame of reference (that is there is no acceleration).

In contrast, angular velocity is the rate at which an object is rotating around an axis (angular displacement over time). It is often expressed in radians per second although it could equally be expressed in degrees or total revolutions in a time period. Indeed the units can be reversed - we might say that the Earth orbit the Sun once every three hundred and sixty-five and a quarter days. (nb. a pedant will point out that the Sun and Earth actually rotate around a common point, but as that common point is well within the bounds of the Sun, it is usual to describe the Earth as orbiting or going around the Sun).

What is also inherent in any object rotating around an axis is that it is undergoing a continual acceleration towards that axis. If (like the moon) that acceleration towards the center is such that (over time) it will maintain much the same distance from the point it is rotating around, it can be said to be in orbit. If the acceleration is insufficient it will fly off in some other direction. Something which has angular momentum is inherently in a non-inertial frame of reference (but see later).

A real-world object with angular velocity will also have linear velocity. For example, an old fashioned vinyl LP will rotate at thirty-three and third revolution every minute, but the edge of that record will have an instantaneous tangential linear velocity of about 0.5 m/s.

In purely mathematical terms it is possible to have a rotating zero-dimensional point that doesn’t have a circumference speed, but that’s not really something that impacts everyday physical objects, but it has a deeper meaning in physics and can be applied to things like the changing electromagnetic fields in light. It also pervades quantum mechanics and much else.

One curious feature about angular velocity is that it can be considered to be absolute. That is an object can be said to be rotating around an axis without reference to any other object. A person placed in an enclosed box could instantly tell if it was being rotated around a point due to that acceleration towards the axis. However, that person would have no idea if they are traveling linearly (in an inertial frame). So an inherent difference between linear movement (an inertial frame) and a rotating frame (a special case of a non-inertial frame) is that the former is relative whilst the other is absolute, at least using our normal understanding of space and time and even in Einstein’s Special Theory of Relativity.

Intriguingly, with Einstein’s General Theory of Relativity (GTR), he managed to effectively eliminate the difference between inertial and non-inertial frames of reference, at least in terms of gravitational effects. So, in some sense, that difference between linear and rotational velocities becomes somewhat slippery once you start getting into the esoteric world of the GTR.

Not the answer you're looking for? Browse other questions tagged classical-mechanics kinematics reference-frames rotational-kinematics or ask your own question.