Why does the bottommost point of a rolling body have a radial acceleration in the ground frame?

Bottom most point is P 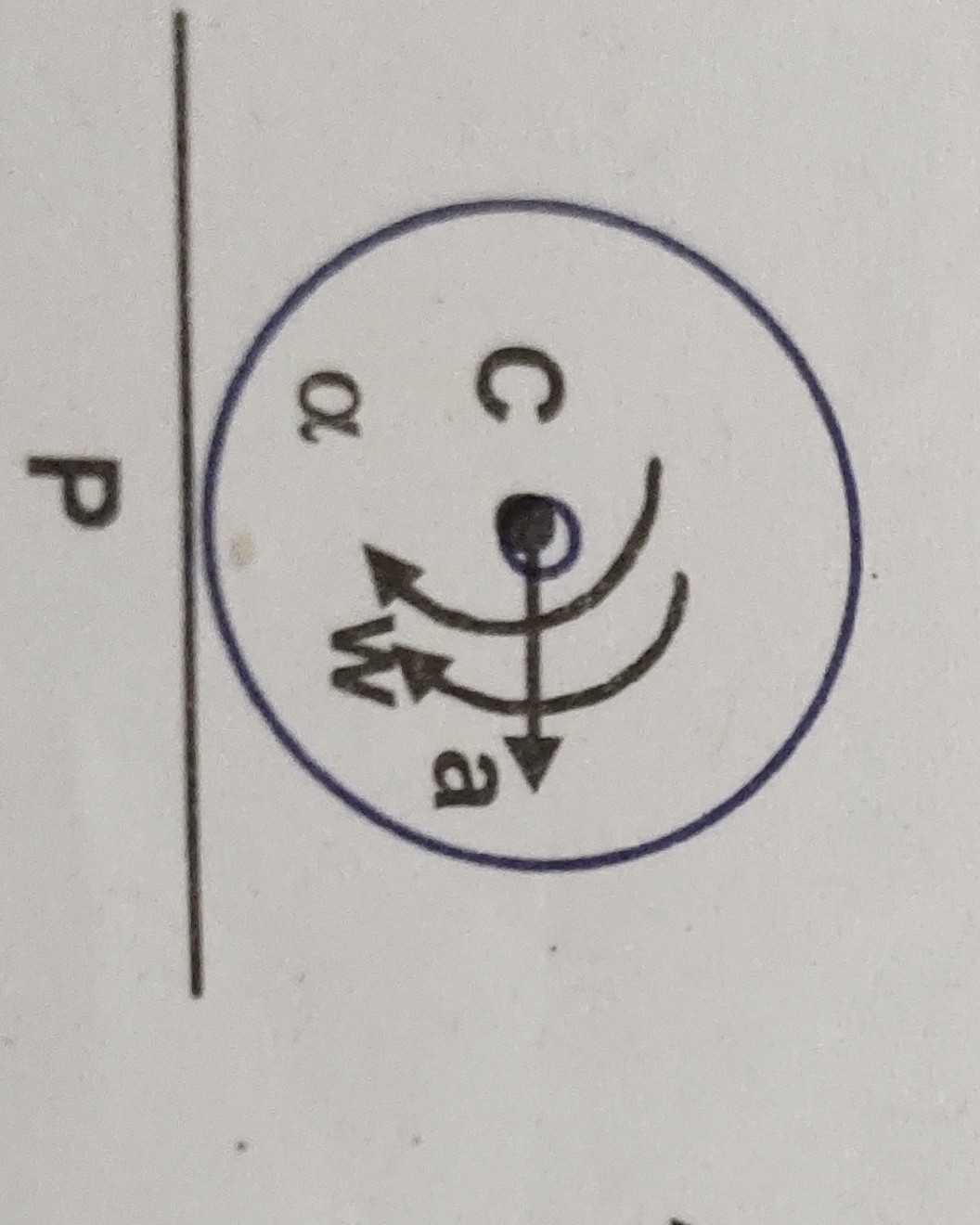 Now I require to find the acceleration of the point P (on the cylinder).

To do this first I could see it in the COM( Centre of Mass ) Frame. I observe it to have an $\omega ^2 r$ centripetal acceleration and a leftward $r\alpha$ tangential acceleration.

Coming to the ground frame I would have to add the acceleration of COM to it which cancels the $r\alpha$ component (as it is rolling) leaving $\omega ^2 r$ upward acceleration.

However I can't get the intuitive understanding as to why there exists a vertical component.

Could someone explain intuitively why it does? Or maybe how I could derive the same by completely solving it from the ground frame?

Consider just a simple wheel that is spinning with constant angular speed $\omega$. Imagine there is a particle on the edge. Recall that velocity is speed with a direction.

In summary, to change the velocity direction of the particle on the edge of the wheel, a force is required.

Another good example is taking a string and attaching it to a small object and then spinning it around in a circle. The tension force that ensures the object spins in a circle is directed along the string, which points to the center of your circle.

Not the answer you're looking for? Browse other questions tagged newtonian-mechanics kinematics rotational-dynamics rotation centripetal-force or ask your own question.