What is wrong with the student's free body diagram? [closed]

Ask Question
Asked 1 month ago
Active 1 month ago
Viewed 58 times
1
$\begingroup$
Homework-like questions and check-my-work questions are considered off-topic here, particularly when asking about specific computations instead of underlying physics concepts. Homework questions can be on-topic when they are useful to a broader audience. Note that answers to homework questions with complete solutions may be deleted! 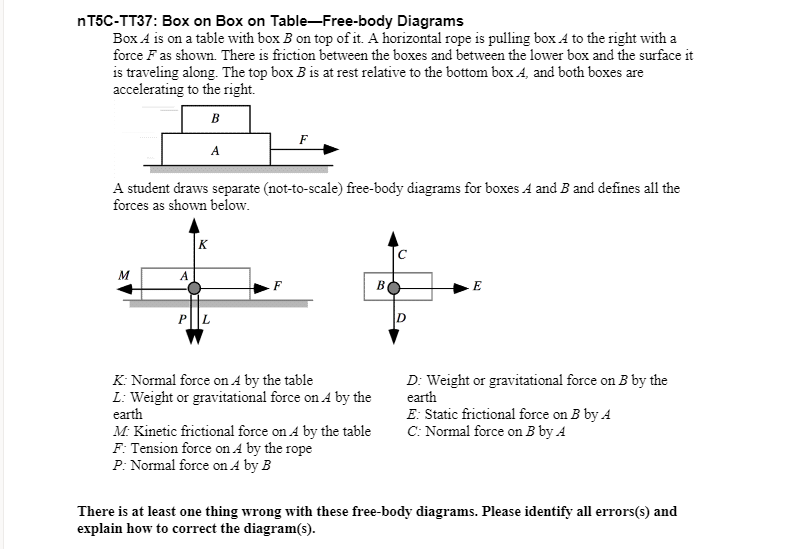 Spent an entire class period going over this and teacher just laughed at us and refused to guide us in the right direction. We

The problem is that the student forgot about Newton's third law: if a first object exerts a force on a second, the second must exert a force of equal magnitude and opposite direction on the first. Thus all force coming from interactions between A and B, which define our system, must come in pairs. This is where the student failed. For example, P is a force exerted on A by B. Thus, in the free body diagram of B there must be a force exerted by A. This is C. Then $(P,C)$ are a pair related by Newton's third law. There is however a force in one of the diagrams that is unpaired in the other. Can you see which one it is?