Plane wave basis in a box. Inconsistent terminology about Fourier series and transform

I will refer to the one-dimensional equivalent of the problem in the picture for simplicity. At the end of the picture, the author argues that the Fourier transform of the function $\psi(x)$ is the expression for the coefficients $a_k$ of the Fourier series. Is this a valid and general statement?

from that of the Fourier transform of a non-periodic function $g$:

From the stament of the author, I am confused about

Can someone clear this up? 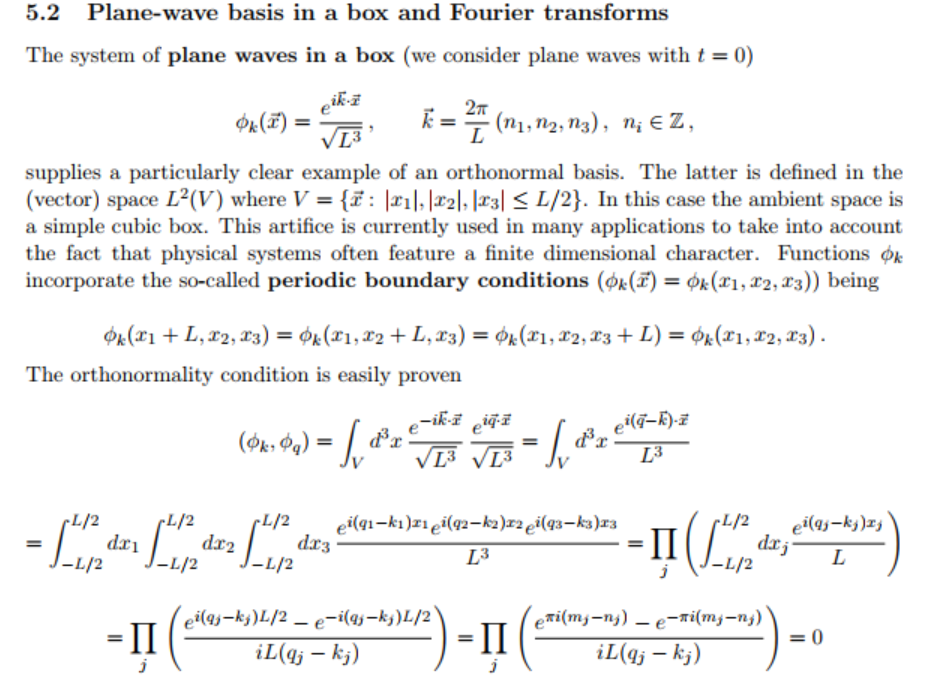 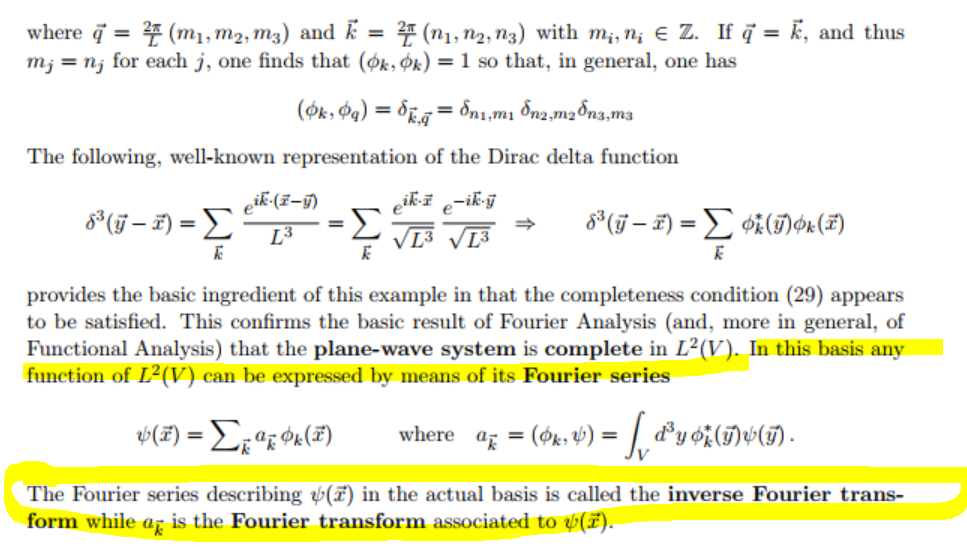 You are right that Fourier series and Fourier integral are not the same thing, and some care is needed in distinguishing them.

However, one often uses the trick of normalization in a box, assuming that the system of interest is continued periodically beyond the interval of interest (the box $[-L/2,L/2]$), expanding it in Fourier series, and then taking the size of the system (i.e., the period of the Fourier series) to infinity. The sum over momentum vectors $k$ then becomes an integral and the measure used in this integral integral is known as the density-of-states (DOS).

The terminology is indeed inconsistent... it is physics terminology as opposed to mathematical terminology - the approach that is more focused on getting the correct and understandable result than on the mathematical rigour (especially in dealing with all possible special cases that might break derivation).

Not the answer you're looking for? Browse other questions tagged quantum-mechanics wavefunction terminology fourier-transform dirac-delta-distributions or ask your own question.