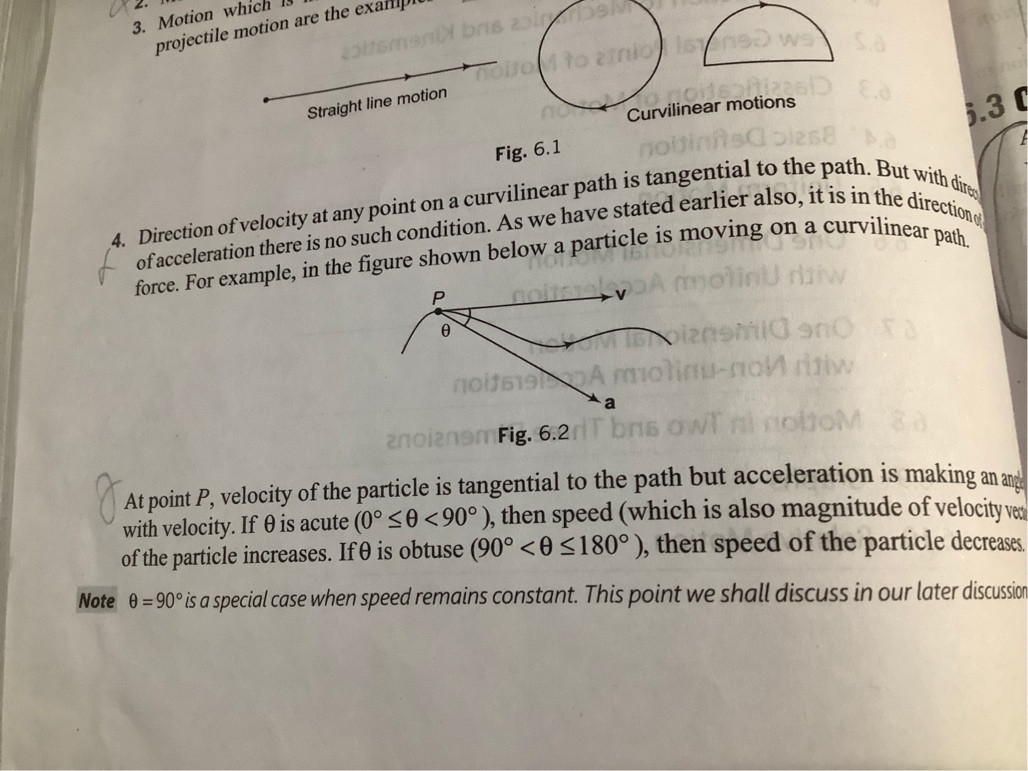 I didn’t understand why not to include 90 and 180 degree angle ? I am not getting how to draw those components like which reach this solution ? 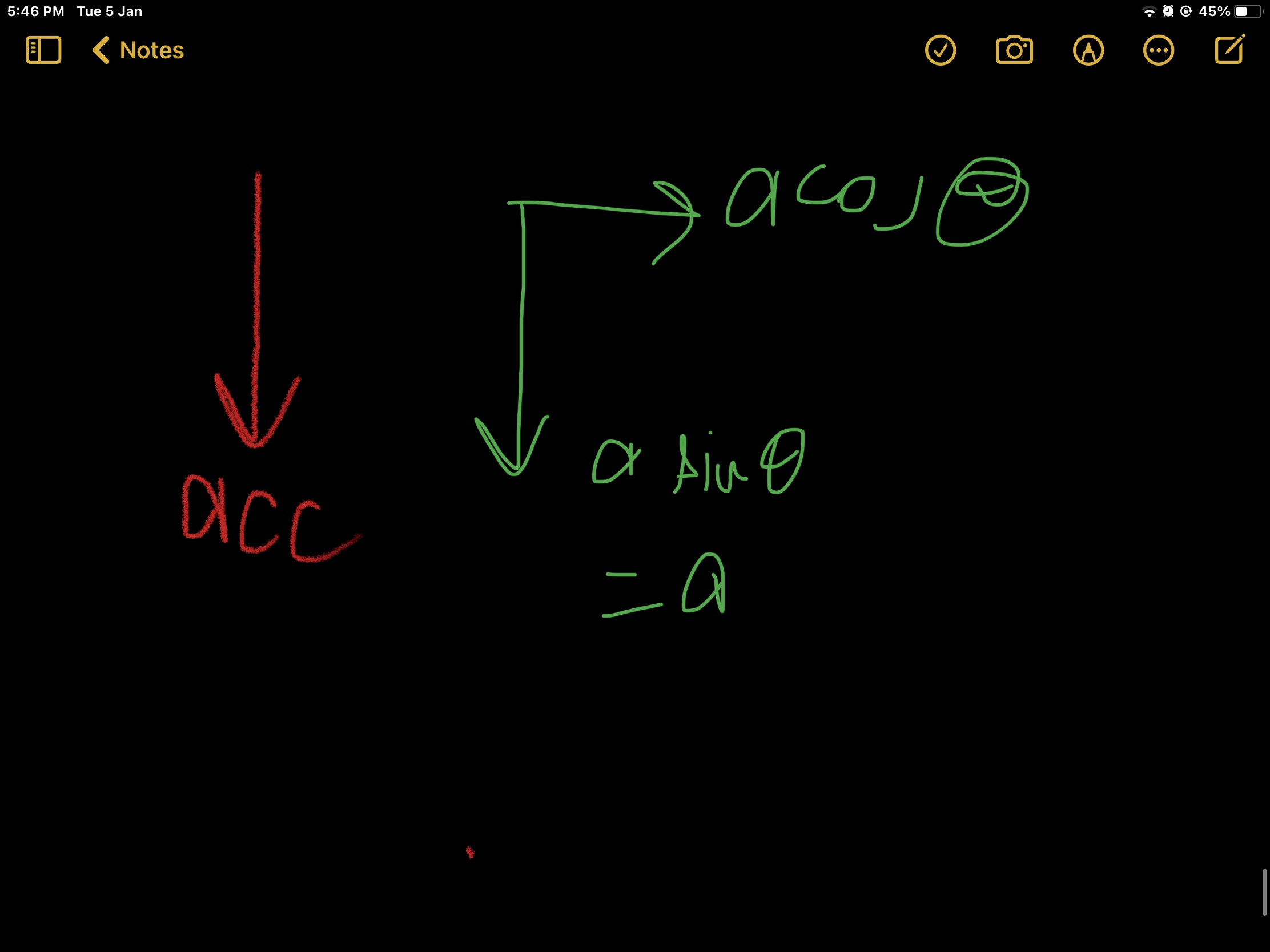 That's not what it says.

The textbook is talking about the instantaneous change in speed (the magnitude of velocity, which is pointing to right in the example), and about how it depends on the angle between the velocity vector and the acceleration vector.

All it's saying is this:

With that, remember that only the tangential component of the acceleration has an impact on the magnitude of the velocity.

As a perpendicular acceleration vector has no impact on the tangential speed, the magnitude of the velocity will stay constant, even though its direction will change.

In the same way, normal acceleration has no impact on the magnitude of the velocity because $a_t = a \cdot \sin(90) =0$.

If the force (i.e. acceleration) is perpendicular to the particle's velocity, the absolute value of the velocity will not change but only its direction. Think about a pearl going around on a ring. Its position can be described by a vector pointing from the center of the center of the circle to the position of the pearl on the ring. Its velocity is always perpendicular to that vector, and indeed the distance of the pearl form the center always has the same magnitude.

Edit: Also, because you ask why we don't consider the angle of $90^\circ$: we do. It's just neither an angle at which the absolut velocity dereases nor one at which it increases, so it doesn't appear in the list. This is even said in the note right below the sentence you were asking about.

Edit 3: I assume from the further questions that you may have problems with a common identity. Take any two vectors $\mathbb{u}$ and $\mathbb{w}$. The angle $\theta_{uw}$ enclosed by these vectors is defined via $$\mathbb{u} \cdot \mathbb{w} = |\mathbb{u}||\mathbb{w}|\cos(\theta_{uw}).$$ This definition can be made for any type of vectors, but especially from three-dimensional real vectors like those describing velocity and acceleration. The angle $\theta$ in your example is the angle formed between $\mathbb{v}(t)$ and $\mathbb{a}(t)$. If you struggle with these concepts, you should pick up any introductory math for physicists book and get familiar with them.

Not the answer you're looking for? Browse other questions tagged kinematics vectors or ask your own question.

0
Does acceleration at an angle to velocity change the direction?
2
Vertical and horizontal components of forces and vectors
2
Tangential and radial acceleration in projectile motion
0
Finding the Direction when resolving a Vector
0
What is special about the 45 degree point for projectiles?
0
Why are they taking the cosine to find the x-component of the resultant vector in this problem?
2
Why are we able to use Components of Vectors?
0
Influence of geometry of collision on parameters after collision
0
2D rocket lander vectors (gamedev)
8
Why does the optimal angle depend on velocity?