Why did water not drip form this small bottle? 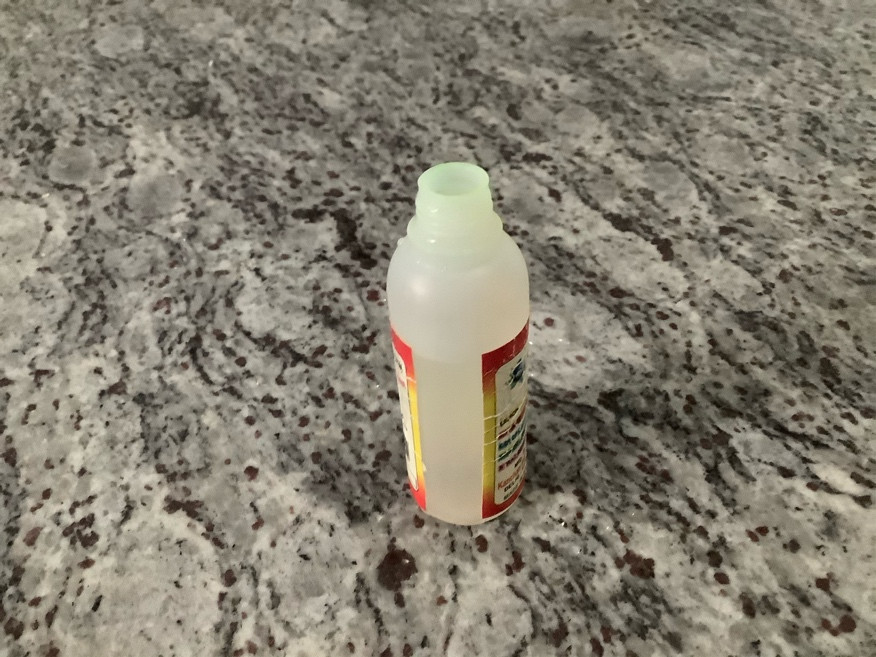 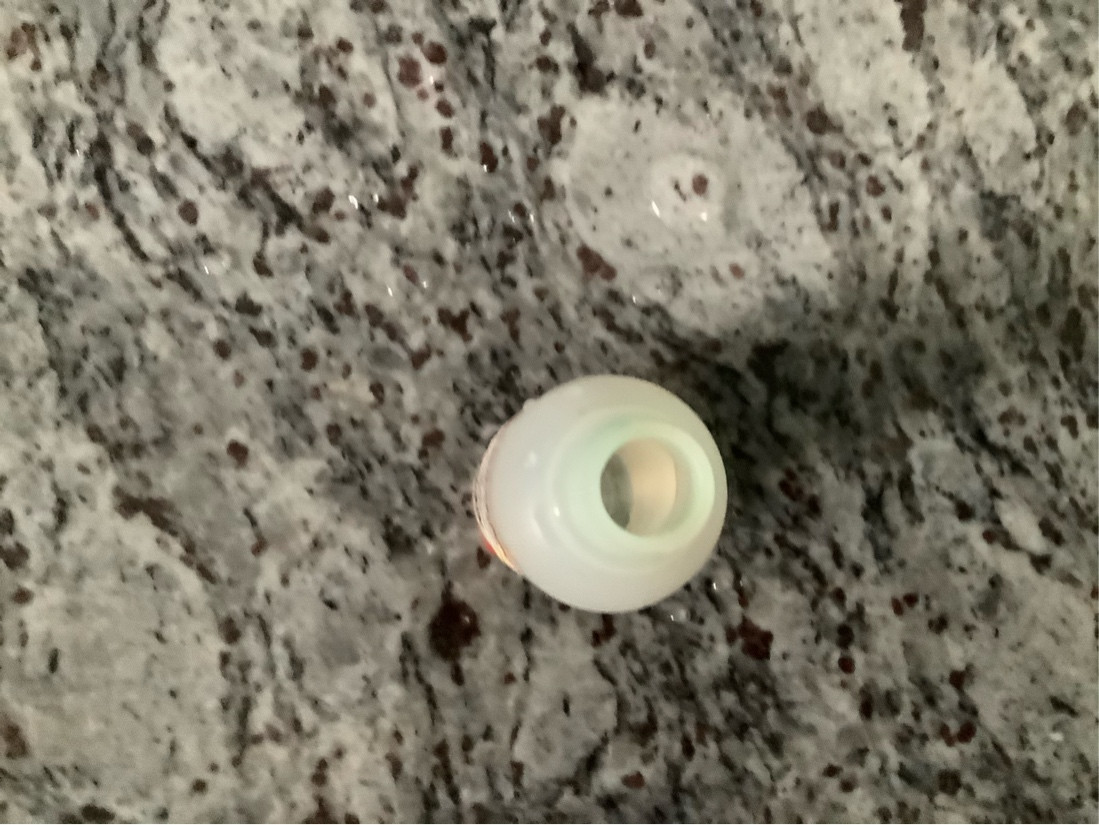 I will explain what I have done and my observations.

I took this bottle and added water into it.

1st time , 25 percent , then 75 percent and then 100 percent of water was filled in the bottle. Yes , water did not fall at any of the times. I turned the bottle and the water did not drip or fall.

1st time , there was almost 75% air inside the bottle with 25% water.That 75 % air is exerting force on the water and the weight of water itself and then the atmospheric pressure from outside. Even when air was 0% and 25% water didn’t fall.

I am not getting why didn't the water fall.

It doesn’t happen if I fill a tub of water and then turn it upside down or fill my water bottle or something else which has a shape similar to it. 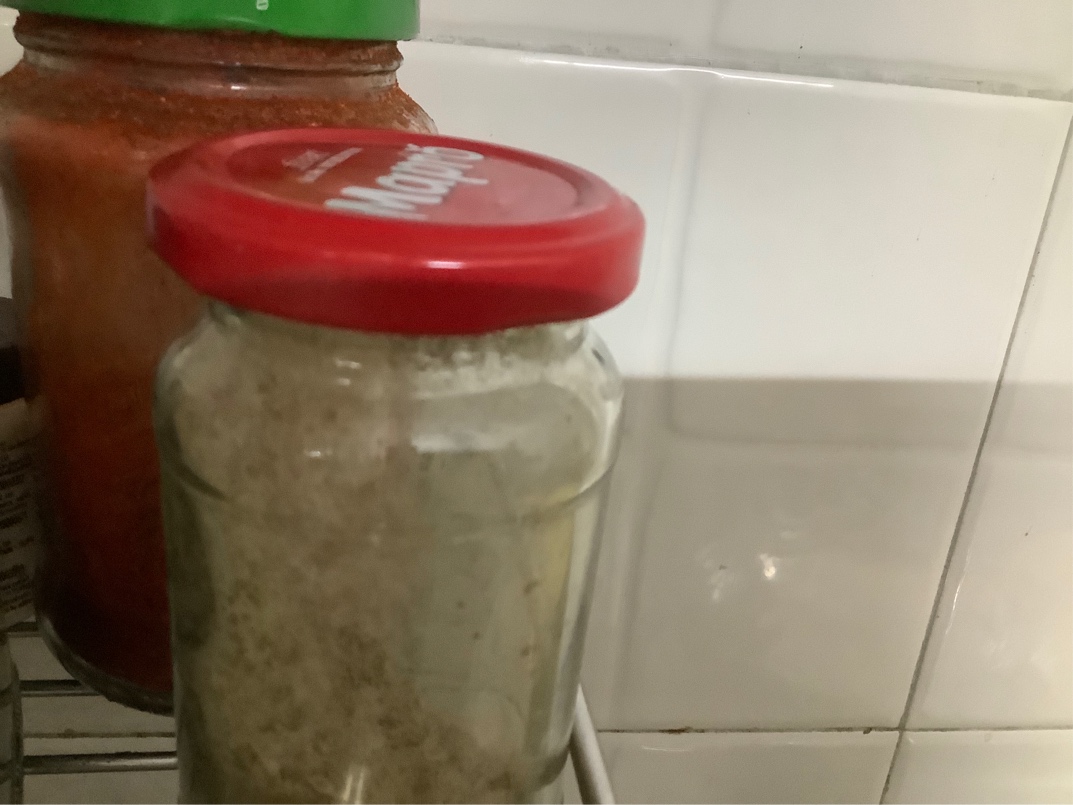 Please help me understand why it did not happen and how should we draw its FBD ? 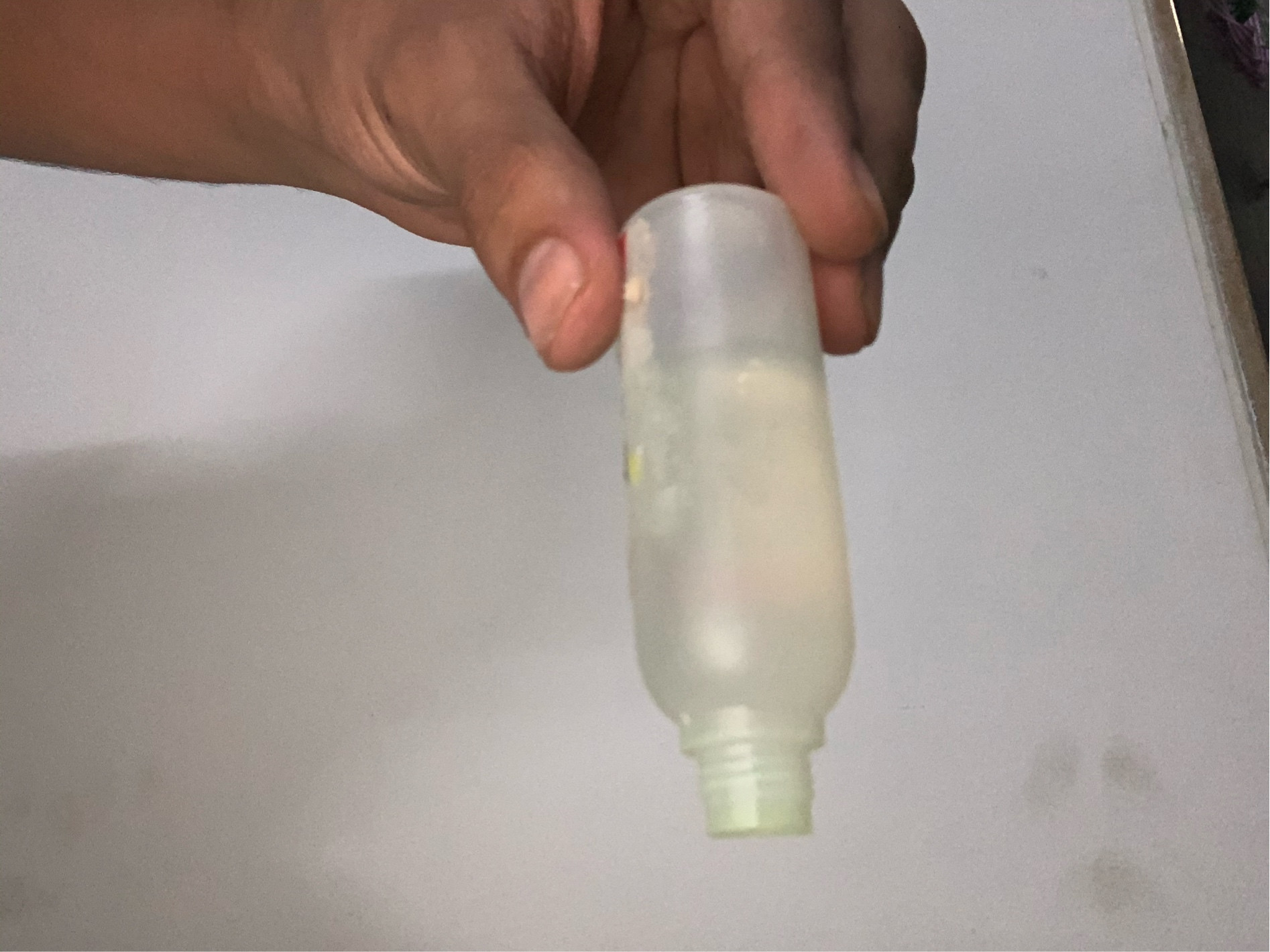 u can also slowly rotate the bottle.The water still does not come out. 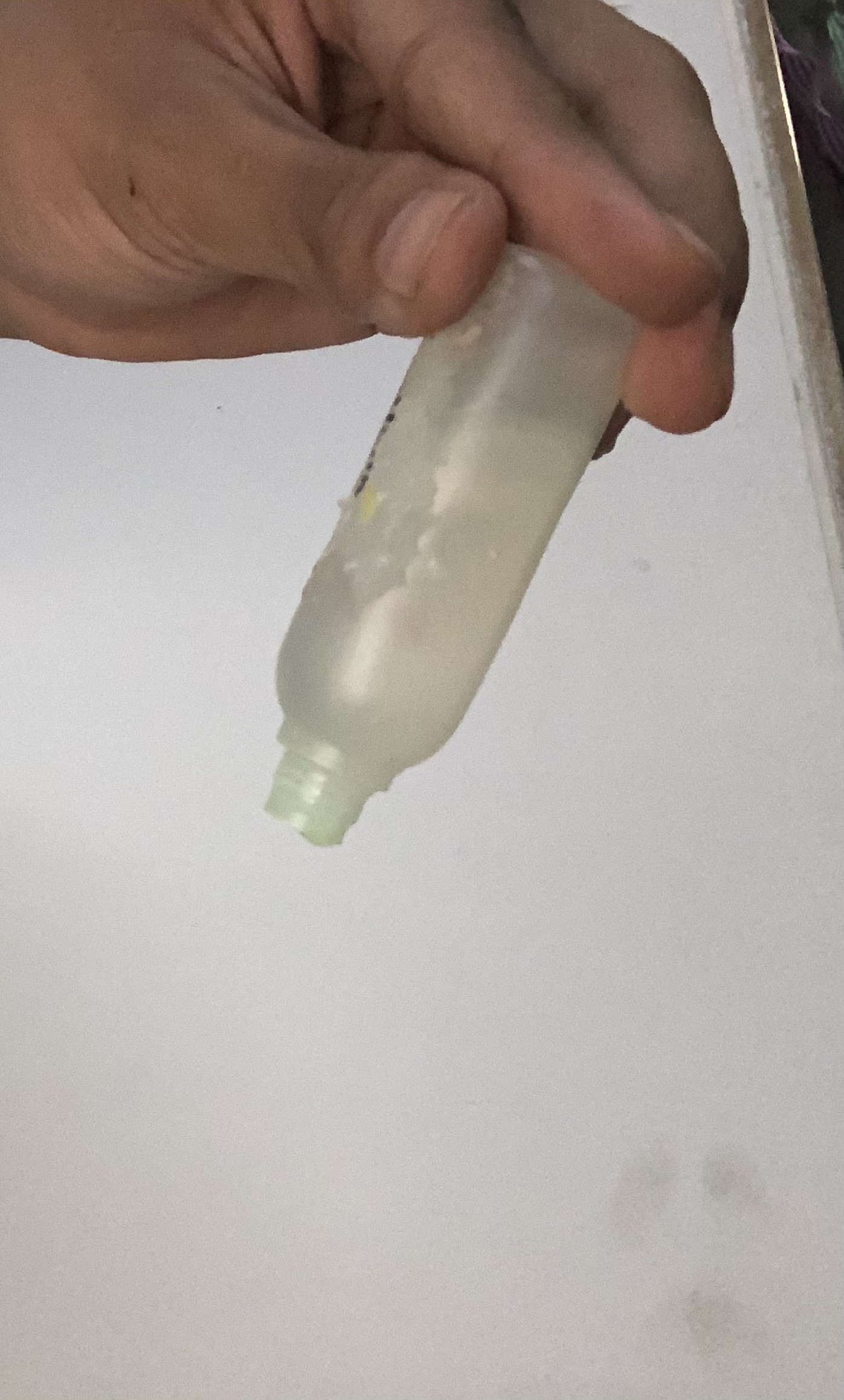 Now , Thank you all for your answers.I have attached this photo in which there is similar size bottle.From this water did drip , now how is that possible as well?It is almost similar. 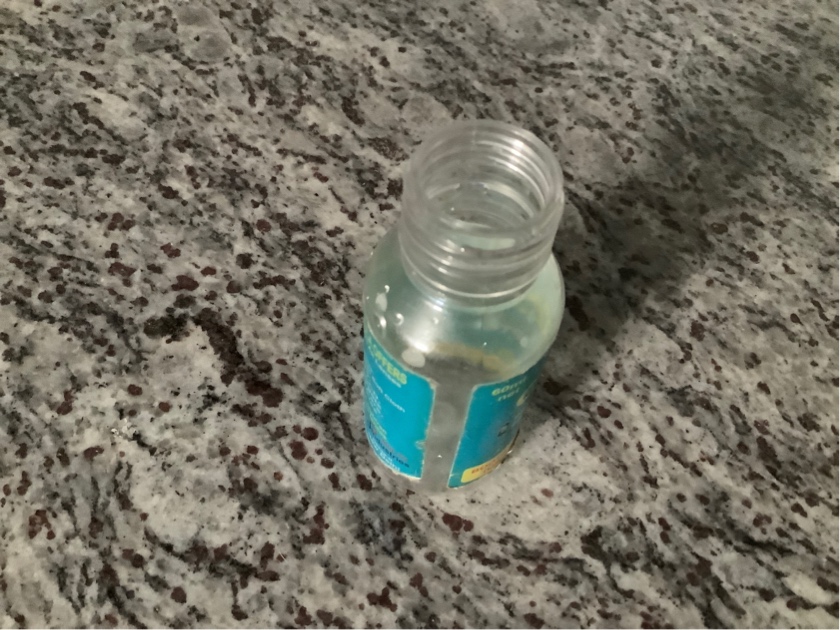 There are two main possible explanations for the phenomenon you are reporting:

In the second case: our atmosphere is compressed by gravity, so it exerts force on everything it touches, this is how pressure in a stationary fluid work. Normally we dont feel it because the atmosphere exerts pressure in all directions, so the forces cancel out. But in your case if the water falls without letting air inside the bottle you create a partial vacuum inside the bottle, that doesn't exert as much force as the atmosphere, so the water gets pushed in by the atmospheric pressure and doesn't fall.

Of course your phenomenon is probably motivated not by only one of this two effects but by both effects working together. Consider also that surface tension is probably the cause of air not getting into the bottle.

To see if the explanation provided is correct I suggest you perform the following experiment: repeat the same experience, same bottle, same movements, same everything but this time mix a little drop of dish soap into your water before putting it into the bottle. Mixing soap into water will lower its surface tension strength dramatically. So if our explanation is correct you should see water dropping out of the bottle this time.

Of course this experiment is not an absolute proof of the correctness of our explanation, but it will help us to understand if we are on the right track!

Consider a 'normal' sized bottle, say half-filled with water. Now hold it upside down and notice how the flow isn't smooth at all, more like a 'gluck gluck gluck' start/stop kind of motion.

This is caused by the fact that not only does water have to leave the bottle but air has to enter it too, as otherwise a vacuum would form in the bottle.

Now when the bottle and its bottleneck are small flow is somewhat impeded (see Hagen Poiseuille flow) as it is and the atmospheric pressure outside and the partial vacuum inside the bottle stops flow altogether.

You can demonstrate this little 'theory' by inserting a bent straw into the upturned bottle, as shown below: 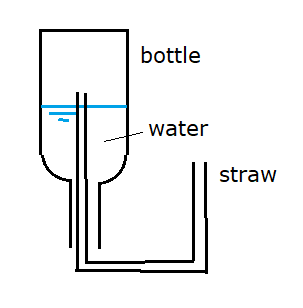 Now air can flow freely into the bottle through the straw (or tube) and water flow out of the bottle will be quick and smooth.

Not the answer you're looking for? Browse other questions tagged newtonian-mechanics fluid-dynamics fluid-statics free-body-diagram surface-tension or ask your own question.

2
Is it possible to limit water flow this way and how is this effect called?
2
Calculate the amount of the water in a bottle
3
Submerge an upside down bottle into a ball of water in space
6
Why do the bubbles in the water cooler get larger as the level gets lower?
15
What makes a bottle full of water soo bouncy?
3
When you fill a bottle with water then liquid nitrogen then turn it upside down, why does it blast off at high speed?
0
Fluid dynamics in ambient air pressure
1
Why doesn’t water flow out of a small hole from the bottom of a bottle?
1
Why in a similar situation water falls of even though from other side no air can come inside?