I need to simulate the motion of a small particle (100nm rigid sphere) in water. For the purposes of this I'm only interested in the forces acting on the particle, not its position. I need to generate random forces drawing from a physically realistic distribution.

I've read a few chapters on classical Brownian motion (eg: http://physics.gu.se/~frtbm/joomla/media/mydocs/LennartSjogren/kap6.pdf and https://www.stat.berkeley.edu/~aldous/205B/bmbook.pdf) and I'm if anything more confused about it than when I started. There's plenty of material on the distribution of positions (random walk), but not so much of forces. It seems that each collision with a water molecule lasts on the order of picoseconds during which momentum is transferred (no idea what the exact force over time profile for an individual collision is, but hopefully there are enough collisions in overlapping at any point in time that it would smoothe out the sum; and I assume the collision is fully elastic); and the overall force is the sum of a fairly high number of collisions like this happening at random (assumed to be independent) times.

How do I produce a random time series that correctly represents the forces acting on a particle in Brownian motion?

I think your confusion probably begins when chapter 6 of Lennart Sjögren introduces the random force:

So how does this random force $\xi(t)$ actually look like? 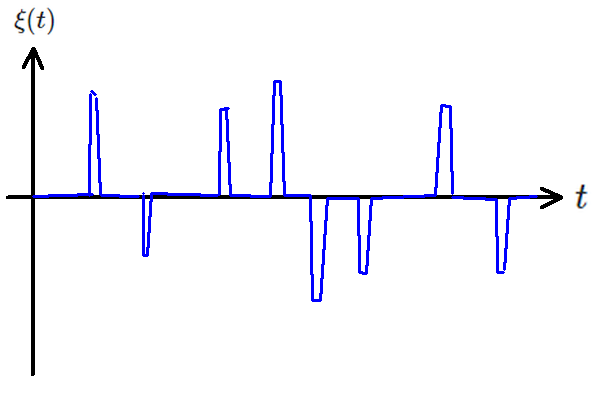 Each of the force bumps is very short (a few pico-seconds) and thus can be well approximated by Dirac delta functions: $\xi(t)=\sum_i A_i\delta(t-t_i).$

For a bigger Brownian particle (i.e. hit by many water molecules) it is essentially the same, but there are many more bumps and the force will look more like this: 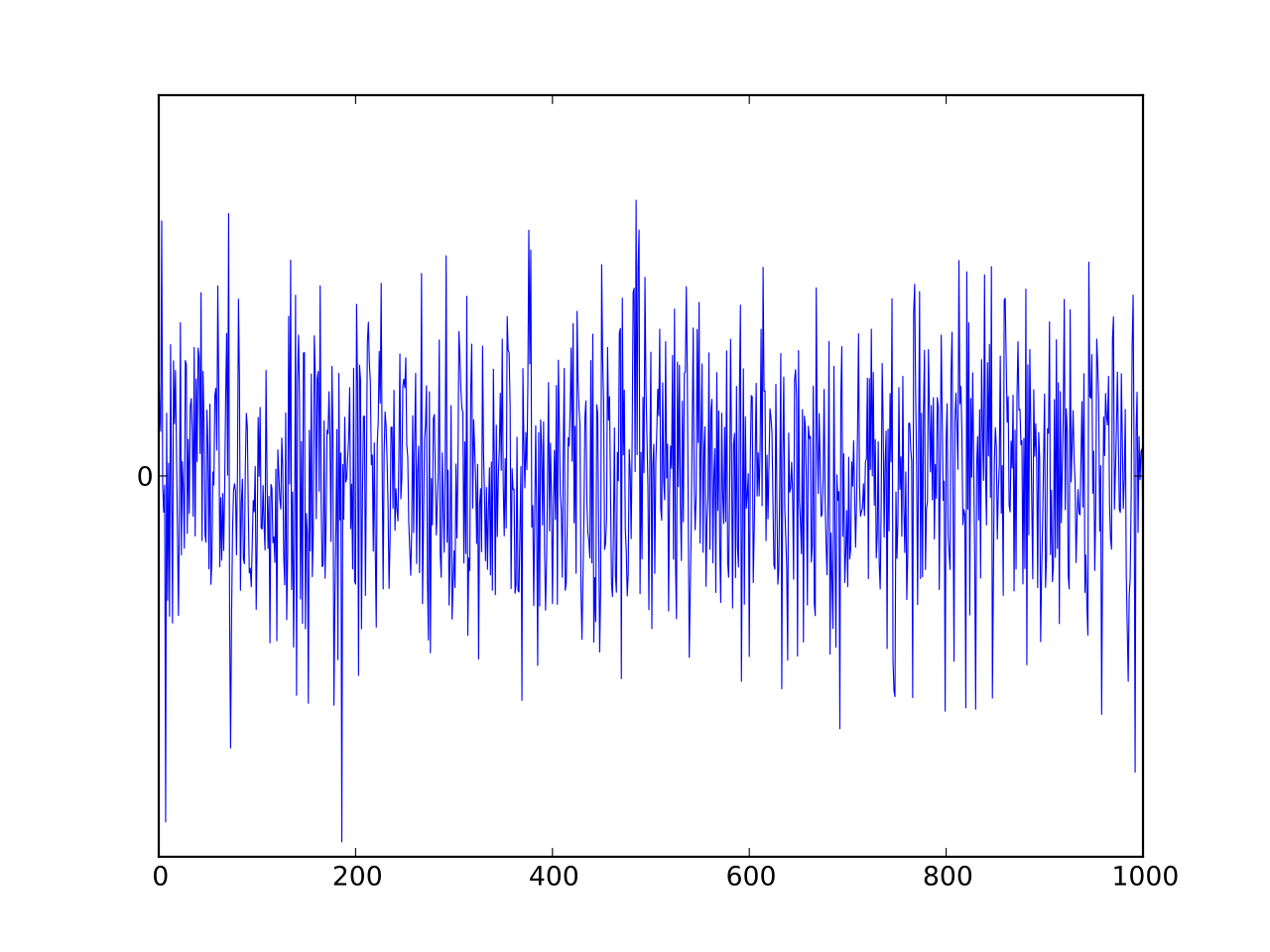 The actual bump strengths ($A_i$) and their time points ($t_i$) are not known. Only statistical statements can be made (also given in equations (6.8) of chapter 6 of Lennart Sjögren):

In signal theory such a $\xi(t)$ is called white noise.

The good thing is: In addition to the two requirements above (including the constant $g$ there) you don't need to know anything else about $\xi(t)$.

All other details (e.g. the Maxwell/Boltzmann distribution for the velocities of the water molecules) are not needed to determine the statistical effect on velocity $v(t)$ of the Brownian particle.

So for simulations, instead of a realistic force $\xi(t)$ (like in the images above), you may choose any white noise function which is computational easier to handle. For example: You can use a function $\xi(t)$ only having the value $+B$ or $-B$, randomly chosen anew after every small time step $\Delta t$. 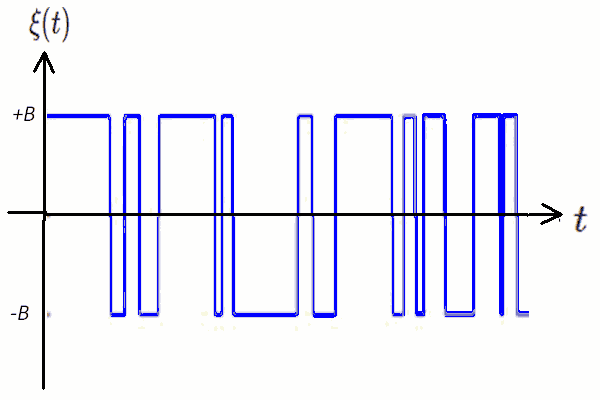 Even then you will still get the correct statistical behavior for the velocity $v(t)$, and hence for the position $x(t)$ of the Brownian particle.

Not the answer you're looking for? Browse other questions tagged statistical-mechanics brownian-motion or ask your own question.