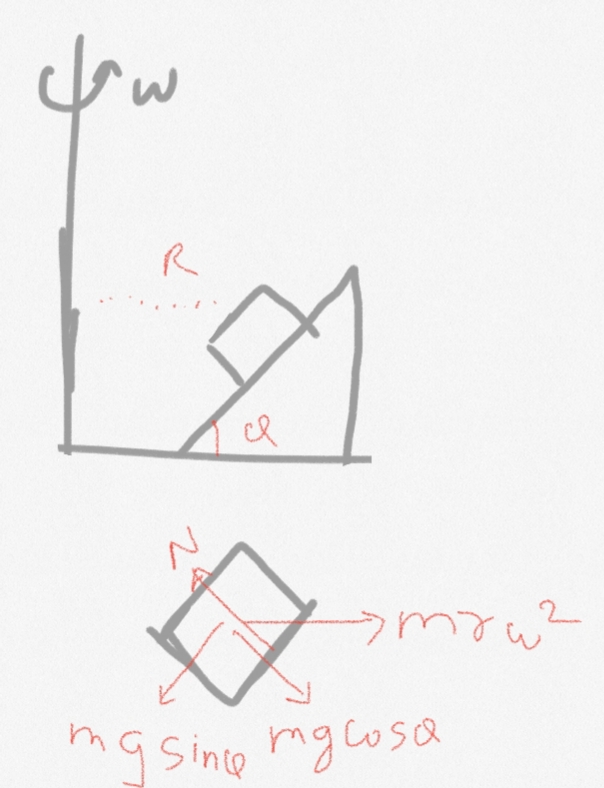 My question is why dont we consider centripetal force in fbd? Is it because we are drawing it from a frame such that it cancels?

Edit :My simple definition of fbd tells me that it is a diagram representing all the forces acting on the body when viewed from a particular frame which ensures that centripetal force must be acting only in a certain frame

From an inertial frame

You are considering the centripetal force. In fact you have already included it if you are using an inertial frame.

The centripetal force is not a new force. It is just a name we give to whichever force that pulls centripetally (towards the centre in circular motion).

In your case there is a component from the normal force which pulls centripetally (horizontally leftwards). So that is called the centripetal force.

From the non-inertial frame

This above explanation is from an inertial frame, as if standing on the ground and watching the scenario. If you want to look at this from a non-inertial frame, by imagining that you are sitting on the block that is in rotation, which might be the case judging from your sketch, then from that frame the block doesn't seem to rotate. Rather it looks like the surroundings are "rotating".

Thus from that frame there seems to be no (resultant) centripetal force acting on the block. This means that the horizontal component of the normal force must be balanced out by something. That "something" is what we invent with the name centrifugal force, pointing opposite in the outwards direction.

This centrifugal force is a so-called pseudo-force in that it doesn't really "exist" - but we invent it mathematically in order to make Newton's laws hold true even in non-inertial frames.

My question is why dont we consider centripetal force in fbd ? Is it because we are drawing it from a frame such that it cancels?

I am attaching a picture from my notes to clarify what i meant so that my answer is interpreted correctly. The situation is quite similar to your question.

Consider a case of banking when viewed from 2 different frames : 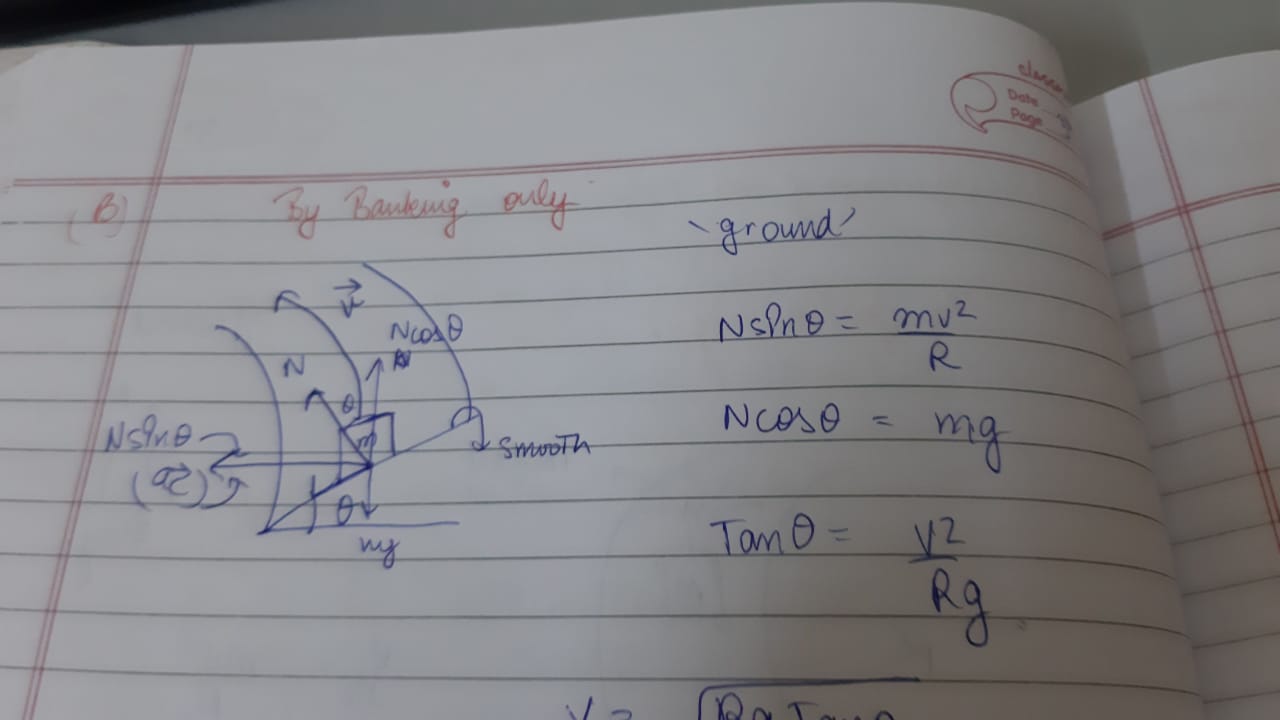 In ground frame , you don't show any centrifugal force.

According to Wikipedia a centripetal force is defined as : a force that makes a body follow a curved path. Since the body is at rest in it's own frame , $Nsin\theta$ is is not a cause of the centripetal force in the rotating frame.

why dont we consider centripetal force in fbd ?

Indeed, we should include pseudo forces too, consider this : 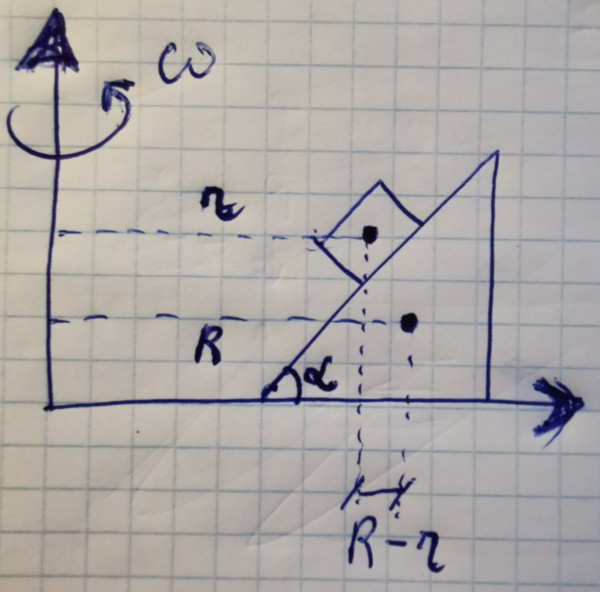 Due to different position of wedge and block COM from rotational axis and they difference in mass- there will arise subtle tidal forces (differences in centrifugal forces of that within block and wedge). So in the end normal force upon block will be :

14
Physical meaning of the Coriolis force

2
Why did they add a Centripetal Force in the Free-Body Diagram?
2
Motion of block on wedge
0
Solidifying understanding of centrifugal force at the equator vs poles
12
Free body diagram of block on accelerating wedge
5
The direction of static friction?
0
Dependence of curved path on frame of reference and force
2
How to decide between vectors and it's components?