How should I interpret this relativity scenario?

I am having a bit of trouble understanding the point of the following relativity scenario.

Imagine two freely floating rockets (side by side) of height $L$ in outer space. The rockets have a light on top that gives a flash of light every second. A person who is attached to the floor of both rockets. They see the subsequent flashes one second after another too but a bit ($L/c$) later than the light that emits them. So the time at the top flows with the same rate as the time on the floor, according to both persons. Now one rocket starts to accelerate, parallel to the other, and at the same time, the lights on the top give a flash of light. The person on the floor of the accelerating rocket receives this flash of light a bit earlier than the person in the freely floating rocket. The rocket keeps accelerating and the lights give off the second flash of light. The person in the accelerating rocket receives this second flash not the same amount earlier as the first flash (otherwise the second person would receive the flashes one second after each other too), but a higher amount earlier as the first flash because the rocket is accelerating towards the second flash.

I understand that an accelerated ship would be the same as being in a gravitational field, therefore time would move slower for the accelerated ship. Therefore, I guess less time should pass between the two flashes of light, in respect to another observer.

However, I don't see the point of the scenario posing that the ship is accelerating towards light.

Does time slow down for the ship because it's moving towards light? Or just because it's being accelerated - therefore having the same properties as a gravitational field? What is the point of this scenario?

A layman explanation would be mostly appreciated.

Does time slow down for the ship because it's moving towards light? Or just because it's being accelerated - therefore having the same properties as a gravitational field? What is the point of this scenario?

The point is to imagine what it's like in an accelerating elevator, or rocket.

These are the effects according to classical physics and relativity:

Classical physics says that when an upper clock is brought next to lower clock they read the same time.

Relativity physics says that when an upper clock is brought next to lower clock they do not read the same time, because of the different motions of the clocks.

It follows immediately from the general principle that time for an observer never slows down. One should therefore ignore misleading accounts which talk of time slowing down as though it were a real effect. What actually happens is an apparent affect. It looks to one observer as though time for a different observer is slower. This is true whether on is thinking of special relativy (no gravity) or general relativity (where gravity is involved).

The particular example you quote is doubly misleading, because it seeks to draw a conclusion from the rate at which the flashes are seen. That is wrong. The conclusion (apparent time dilation) should be drawn from the calculation of when the flashes took place, not from when they are seen. 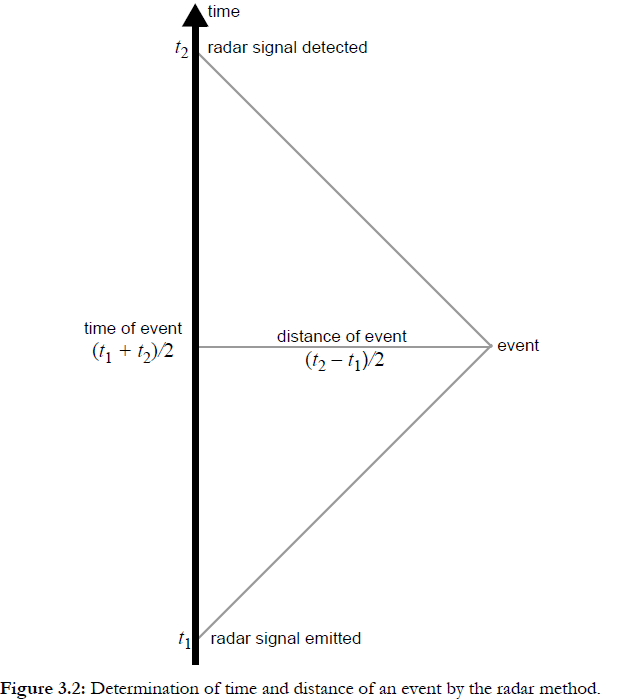 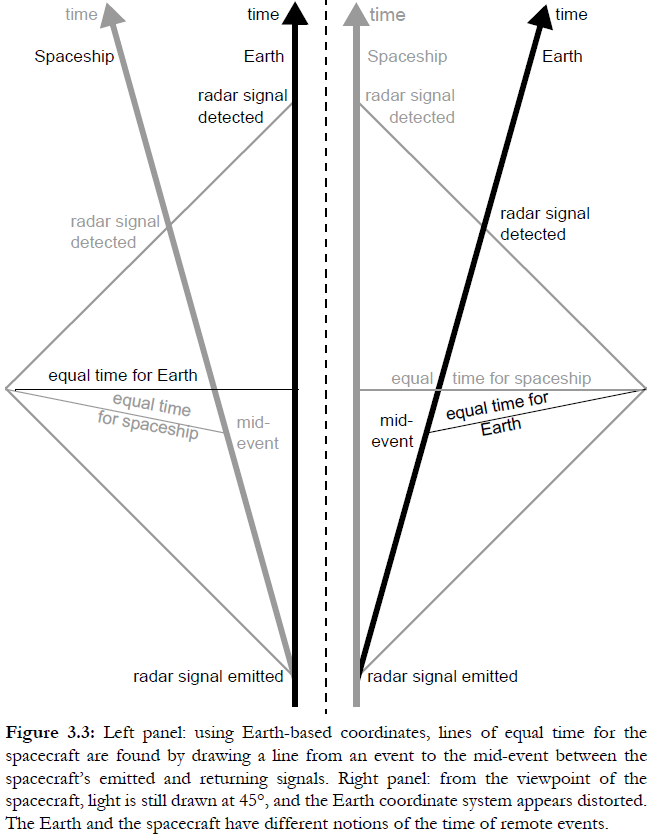 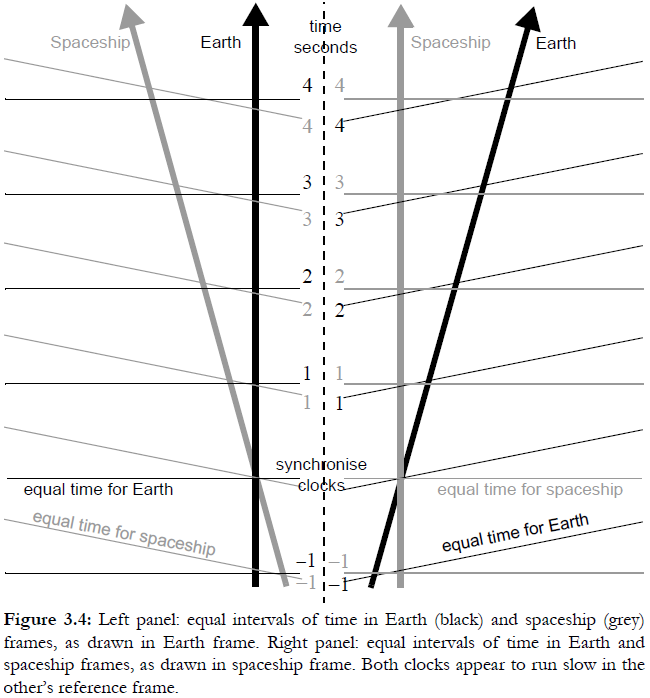 Using an accelerated observer does make things a little more complicated, but first one needs to understand that in all circumstances time dilation is an illusion, which strictly violates the fundamental general principal of relativity. 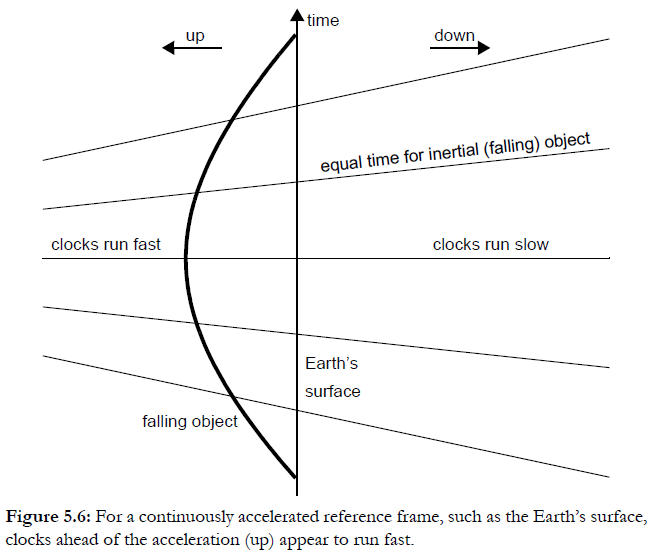 The other answers are related to your original question. As I read the Feynmann text mentioned later, my answer is different.

And now things get stranger: time dilation is related to the acceleration. So if the bottom clock of the rocket run slower that the top one, that means that the botton part has a bigger acceleration! But how if the ship keeps the same length? You can read about Rindler coordinates in the wikipedia, from where I quote a passage below:

Note that Rindler observers with smaller constant x coordinate are accelerating harder to keep up. This may seem surprising because in Newtonian physics, observers who maintain constant relative distance must share the same acceleration. But in relativistic physics, we see that the trailing endpoint of a rod which is accelerated by some external force (parallel to its symmetry axis) must accelerate a bit harder than the leading endpoint, or else it must ultimately break

Just to keep things in the right perspective, it is important to remark that this effect for a length of some meters, and an acceleration $g$ for example is completely negligible.

43
Why can't I do this to get infinite energy?
13
Which clock is the fastest inside an accelerating body?
7
Does time dilation cause gravity as explained in this video?

0
Special relativity - twin paradox explored
0
Why is speed of light in vacuum absolute?
6
What does the accelerated twin see in the twin paradox?
1
Is Relativity of simultaneity just a flaw in perception?
2
How can one tell they are accelerating?
1
Does time dilation depend on approximation or distancing between observers?
1
Understanding two instances of different time dilation
0
Relativity of Simultaneity Confusion, yet Another Thought Experiment with a Train