Brewster's angle reflected wave- is it part of the refracted or incident ray?

By "parallel" I mean oscillating to the left and right- represented by dots (not into the page) in the diagram below. There are two planes I have talked about, the first one being the plane of the page(plane of incidence) and the plane perpendicular (the plane parallel to the reflecting surface, which is also the plane of polarization) 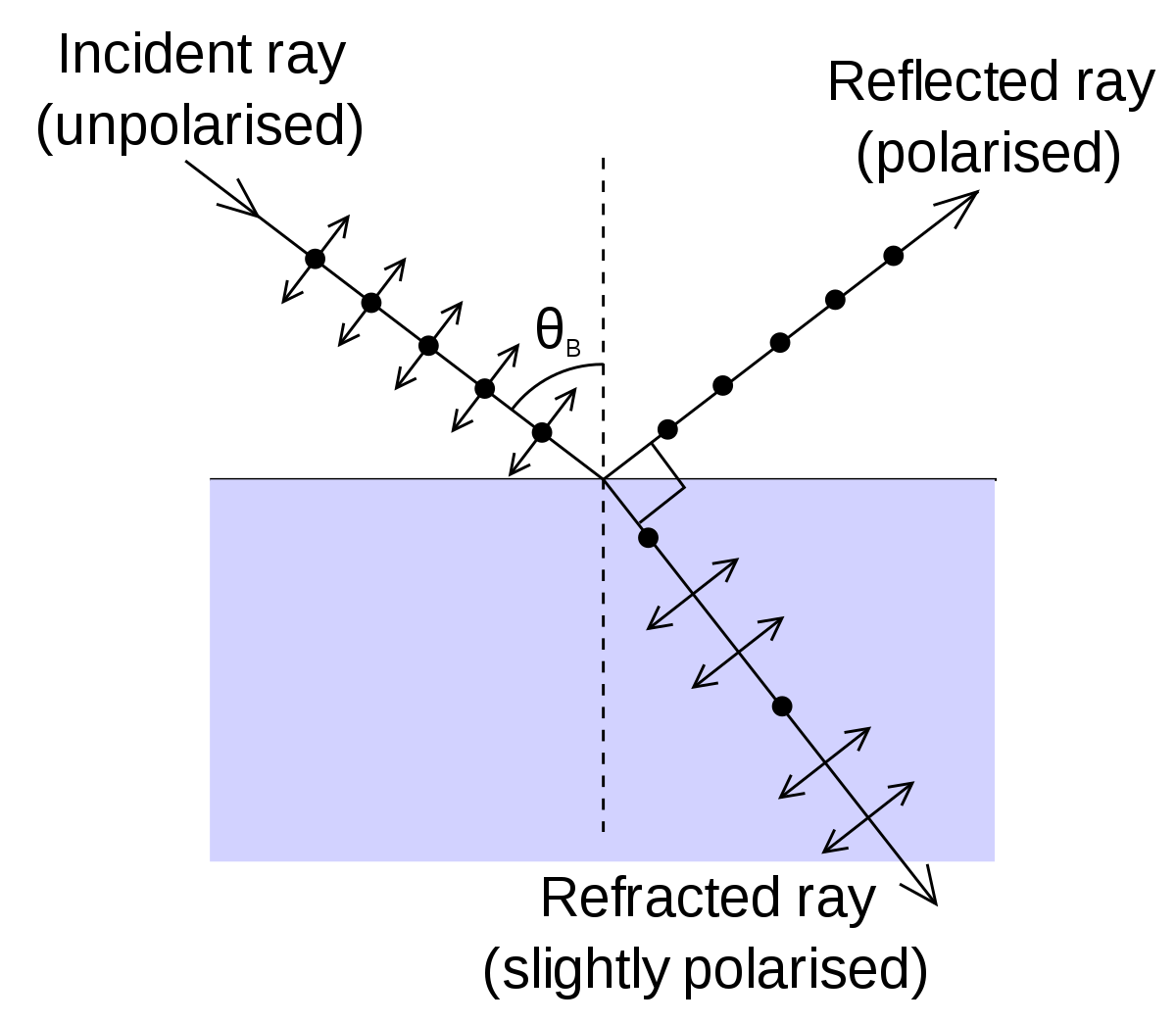 An unpolarized wave can be represented by the sum of two waves with perpendicular polarisations and equal amplitude. The unpolarised incident wave can be considered to be of this nature, with one polarisation in the plane of incidence (p-polarised) and another at right angles to that (s-polarised), and with the electric fields of both being perpendicular to the direction of incident wave motion.

At other angles the dipole oscillations in the medium are not exactly aligned with the reflected wave direction and so the p-polarised light is reflected to some extent; resulting in a partially polarised reflected wave. Note that the s-polarisation is not affected by these considerations since the dipole oscillations due to this polarisation are always at right angles to the reflected wave direction. Note also that because the oscillating dipoles would in general have different amplitudes in each direction, then the transmitted wave is always partially polarised for light incident at the Brewster angle (see https://physics.stackexchange.com/a/294528/43351 ).

Not the answer you're looking for? Browse other questions tagged optics visible-light electric-fields reflection refraction or ask your own question.