For the past few months I have been observing alpha tracks with my homemade expansion cloud chamber assembly, trying to replicate early achievements in particle physics using modern, low-cost materials. I've seen some interesting stuffs but I simply couldn't interpret the following phenomena. 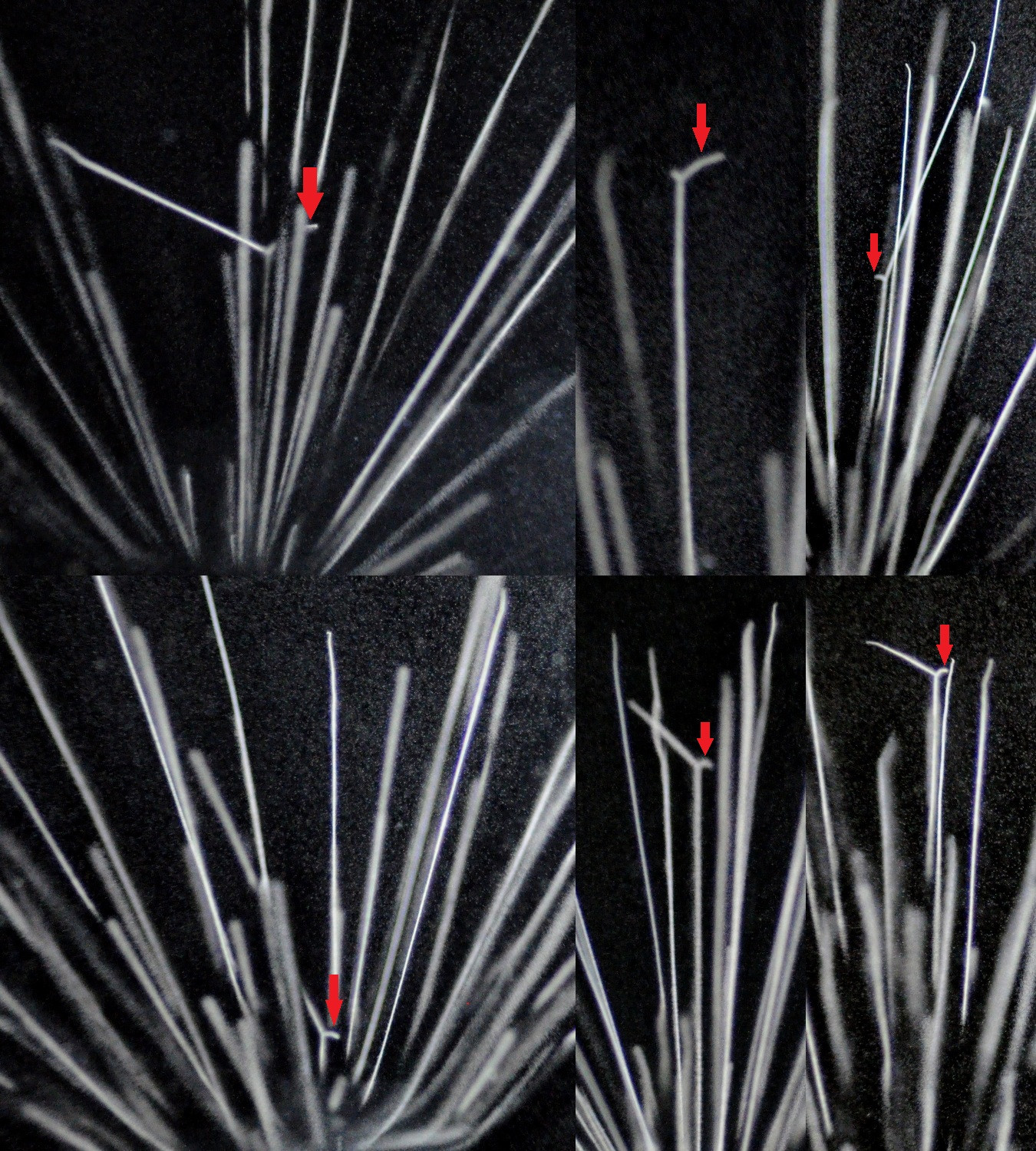 These photos have similar scale, about 5 cm in height. Now I know these Y-shaped tracks are due to alphas "colliding" with nucleus of air atoms, but what intrigues me is the tiny but noticeable curvature (pointed by red arrows) of the recoil nucleus.

It is known that due to the mass of alpha particles, it takes incredibly high magnetic field strength to "bend" its path. Recoil nuclei (in this case most likely nitrogen or oxygen) are even more massive, so surely it shouldn't show curvature.

I couldn't find a follow-up on that. Was it experimental error, instrumental artefact, or something fundamental?

The straight lines are visible because of continuous small angle scatters of the alpha particle with the electrons of the medium .

The original forked scatter is on a nucleus, the apparent curve comes from the scattering of the low energy proton on another nucleus. If the consecutive scatter at the end of a low energy proton is in a different direction , the track struggles, but the thickness of the imaging hides it.

In the link you give there are bends in the other direction also .

Not the answer you're looking for? Browse other questions tagged particle-physics nuclear-physics history experimental-technique particle-detectors or ask your own question.