My sister was doing a quiz and I tried to point her in the right direction by giving her scenarios to imagine. One of the questions in the quiz was:

Which of the following objects do not reflect light:

She suggested that the answer was "undisturbed water" and that made sense to me too.

But the answer given was "book", which didn't make sense to me. How can you even see the book if it didn't reflect light in the first place?

Is this terrible framing by her teacher or am I having a conceptual misunderstanding?

The question is asking "which of the following objects will you not see a reflection?".

You are correct and the question should probably have also been asked this way:

Of the following objects, which reflect significantly more light than they scatter?

Which of the following objects would cause diffuse reflection (as oppose to mainly specular reflection)?

Now with the understanding that the question posed by the teacher was probably at an elementary school level, it should be noted that a more technical answer (and more accurate answer) should explain these two forms of reflection.

Diffuse reflection is the reflection of light or other waves or particles from a surface such that a ray incident on the surface is scattered at many angles rather than at just one angle as in the case of specular reflection.

And this link from Wikipedia, specular reflection is described as:

In my opinion, one more thing which is possible here is that may be the question is

Which among the following causes diffuse reflection ?

Undisturbed water can also give specular reflections but the surface of a book have many microscopic as well as macroscopic irregularities which causes diffusion of the reflected rays and thus you can't see your face on your book's surface like you do in mirrors.

There are two main types of reflection: 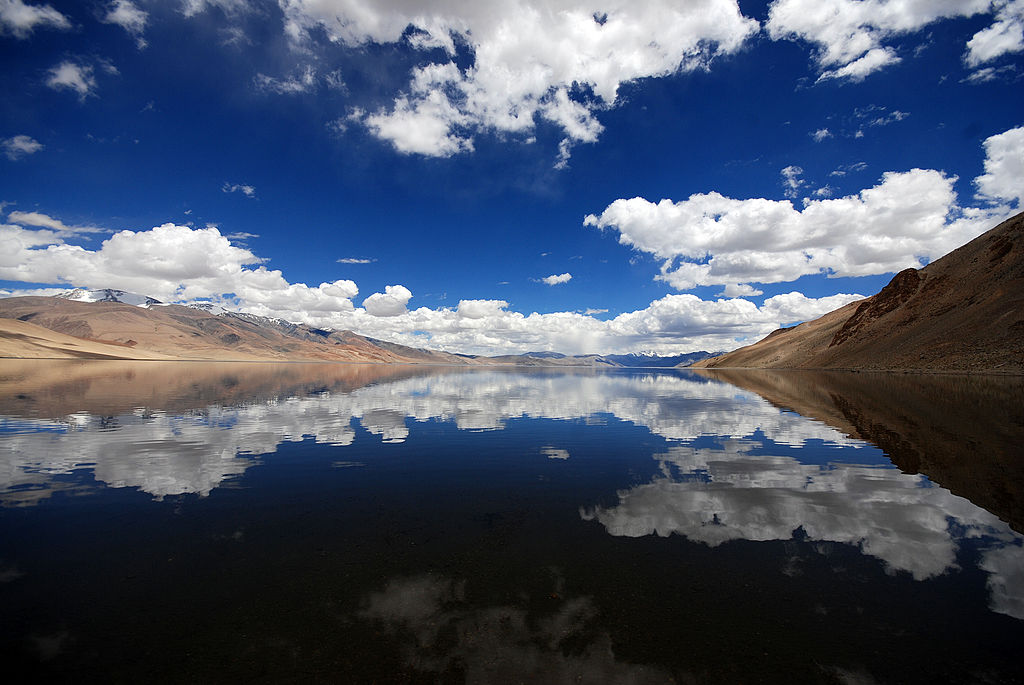 In the case of specular reflection, the surface is on a micro level so smooth, that it is able to reflect (elastically scatter) all photons at the same as the incident angle.

On the image you can see your example of undisturbed water.

Diffuse reflection is the reflection of light or other waves or particles from a surface such that a ray incident on the surface is scattered at many angles rather than at just one angle as in the case of specular reflection.

In the case of diffuse reflection, in your example the book, the surface might be non-absorbing (plaster, marble) or absorbing (like a normal book cover). 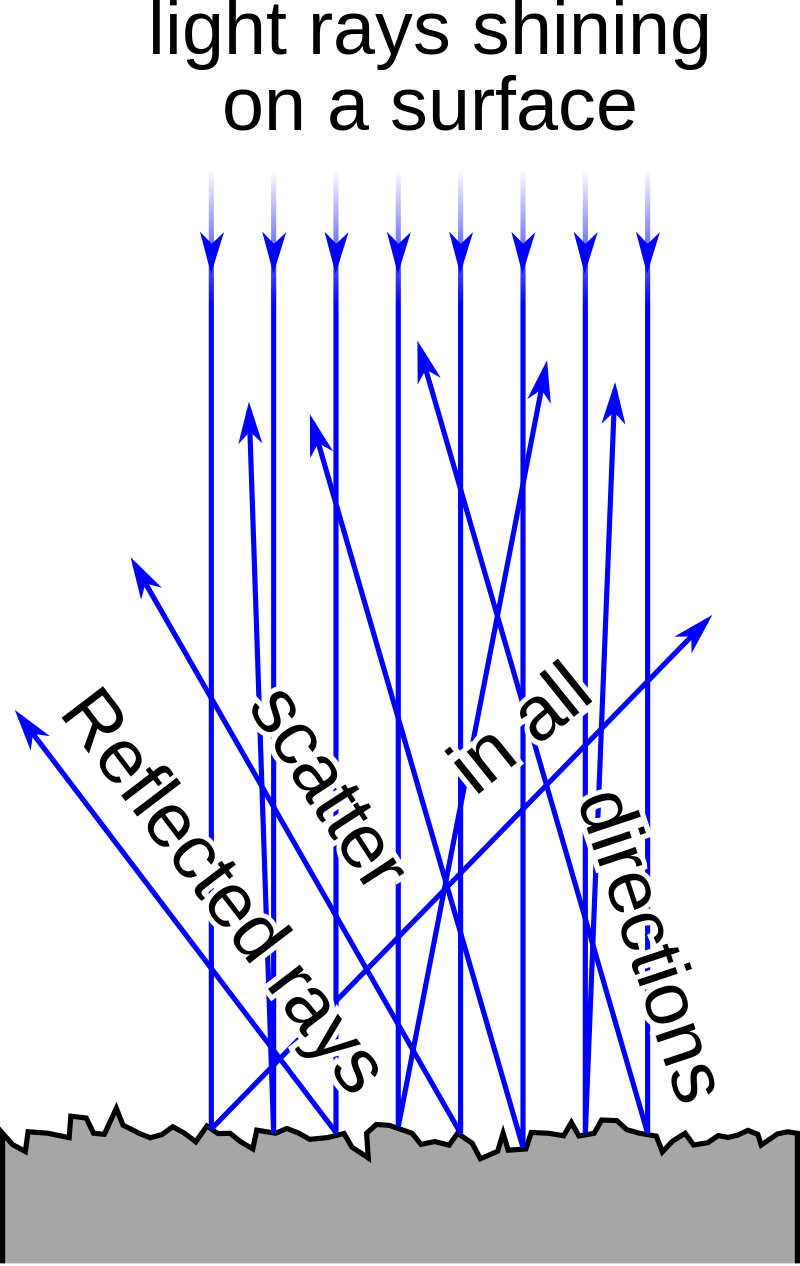 So the reason the book is the answer is that that is the only one that besides reflecting (diffusely) most photons, it does absorb and re-emit a considerable portion of photons too.

Please note that I was assuming that you only asked about visible wavelength photons.

Presumably this teacher is unaware of the possibility/existence of diffuse reflection.


This means that in order to answer quiz questions by this teacher you need to try and reconstruct the thought process of the teacher, who may be dropping the ball left and right.


More generally: the choice of options illustrates how this teacher was struggling. The first three are general concepts:

The fourth one is oddly specific:

This teacher had the following problem: is there something that is guaranteed to have a dull surface?

This teacher took the easy way out, and took 'book'; a book is almost never glossy.

It would be interesting to try and think of something that is as general as the first three options, but has properties such that mirror reflection is inherently impossible.

(Of course, 'matte finished metal' is intentionally matte, hence guaranteed not to have mirror reflection, but then the property that the student is supposed to figure out is stated explicitly, defeating the purpose of the question.)

This is a case where there's a word that technically refers to a general category, but is often used to refer to a particular subset of that category. The term "reflection" can refer to any redirection of light, but is often understood to refer to specular reflection. If the teacher had asked "Which of the following objects do not specularly reflect light?" it would have been more precise, but then there would be students wondering what "specularly" means.

It is known that if we can see anything in world, it is because that object reflects the light incident on it.

And I can see all objects in the list.

So, I think the answer is none of them.

All surfaces reflect light except for light sources. However, not all surfaces have specular reflection like a mirror as they reflect light well. Now, let’s take a closer look at your question.

All of the give reflect light. However, options 1, 2 and 3 have specular reflection leaving 4 as the only one that has diffuse reflection. This question should have been phrased wrongly. The teacher might have thought of “Which of the following objects gives off diffuse reflection”.

Not the answer you're looking for? Browse other questions tagged optics reflection optical-materials or ask your own question.

17
Why does light change direction when it travels through glass?
6
Can thick-film reflection holograms be used to create true mirrors?
17
Why are objects opaque?
3
Light-matter interaction and an object's appearance
4
Why does light reflect?
149
Why does a mirror split my laser beam?
4
What is the minimum number of metal atoms necessary to make a mirror?
0
Why do objects reflect laser light?
0
Massless particles and time synchrony