How to draw FBD of earth?

Just like we draw FBD of a block on table or on land.How should we approach the FBD for earth. 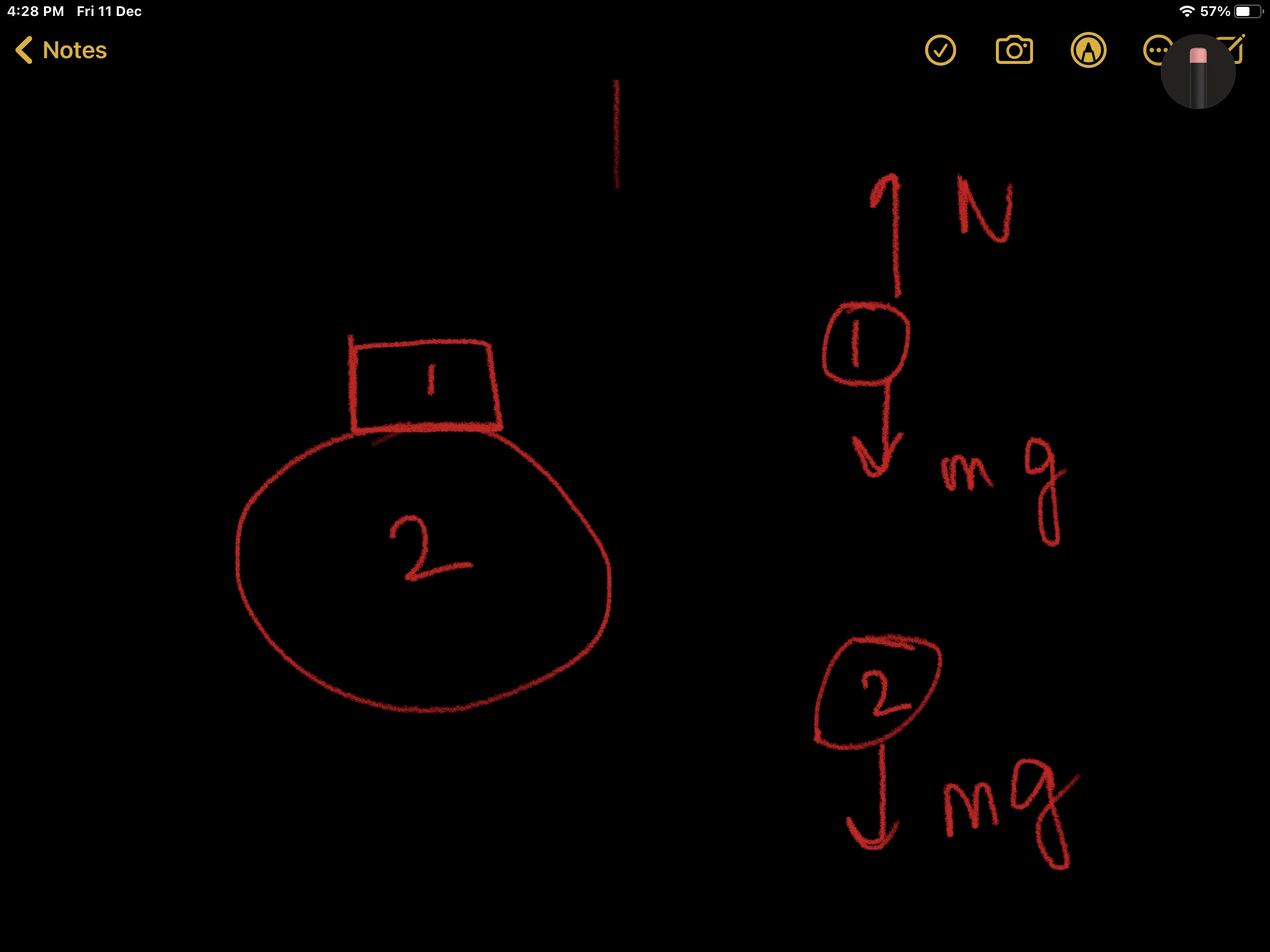 Since there is mg downward and mg upward in interaction with block and earth.What will be with earth ?can we create normal reaction between the block and earth in FBD of earth.

Is the mg of earth the force of block on earth I think ?

If the block is standing on the ground then a free-body diagram of the Earth (showing only the forces due to the block) would show an upwards force $mg$ due to the gravitational attraction of the block, balanced by a downwards force $N=mg$ which is the normal force that the block exerts on the Earth.

Not the answer you're looking for? Browse other questions tagged newtonian-mechanics free-body-diagram or ask your own question.

3
Newton's third law of motion: An apple resting on the surface of earth
1
How to explain centrifugal force from frame of reference of Earth?
0
Why there is an extra componet of force in this Equilibrium state?
0
Atmospheric pressure In FBD doubt
0
FBD of a cube moving with uniform velocity on a rough inclined plane
0
FBD of 4Kg block
0
FBD with a system with glue
0
Do we specify in FBD whether the force is pull or push?
0
Free body diagram