Is radial velocity parallel to radius of curvature or the position vector?

I don't think there is anything like normal velocity. Velocity acts only along the direction tangential to the path of the object. To prove my point lets say that there is a component of velocity in direction not tangential to the path. Then after moving over a differential element we would end up at a point in the direction of the net velocity which would deviate from its original path. 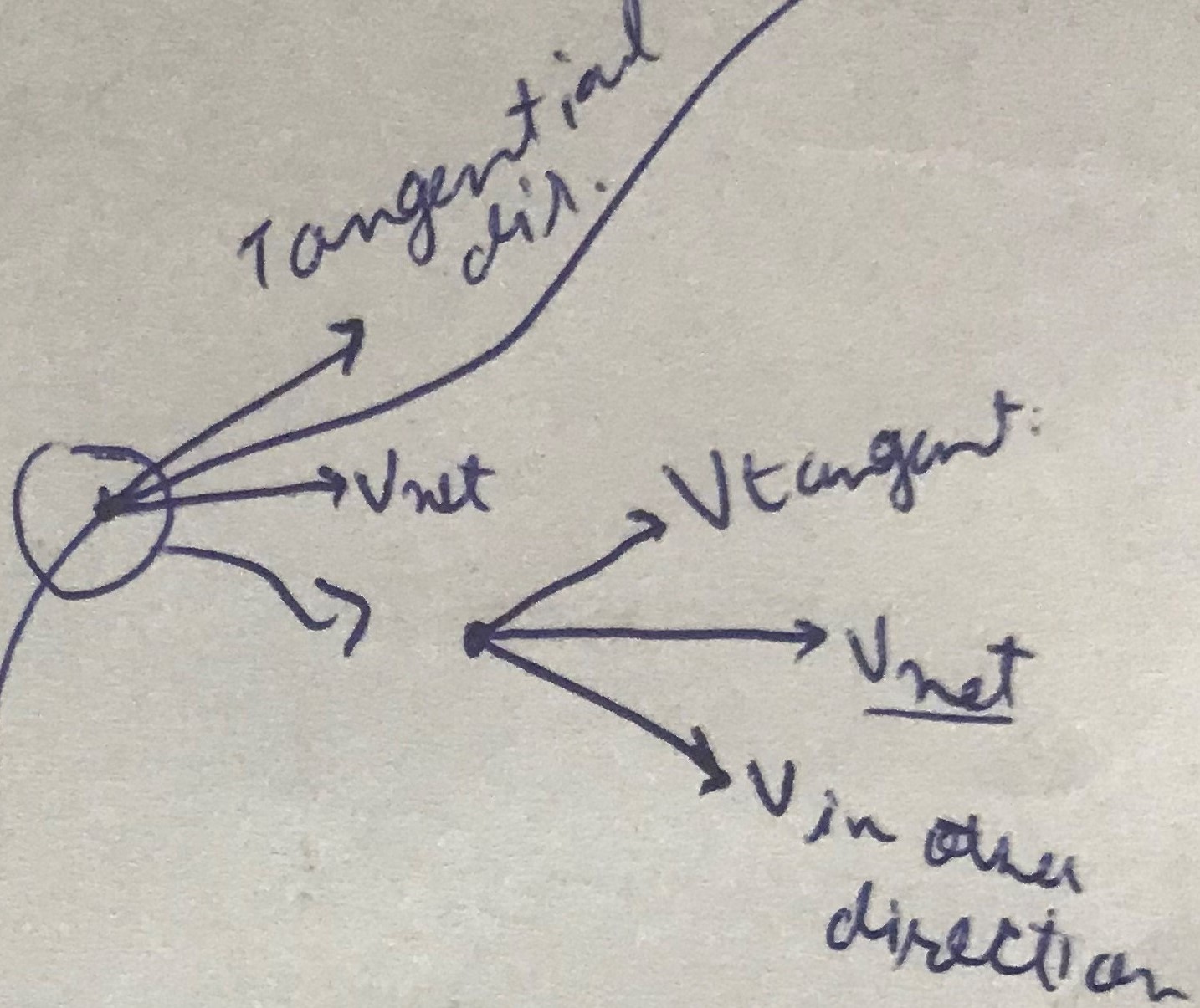 As for the normal acceleration, it is along the radius of curvature and is responsible for rotating the velocity vector and turning the direction of motion along the path

Not the answer you're looking for? Browse other questions tagged forces kinematics acceleration velocity or ask your own question.