Are unstable particles created with an exact mass, or masses distributed in resonances?

I'm pretty comfortable with QFT, but this is a conceptual point I feel shaky on. For example, when creating $Z$ bosons in a process like $e^+ e^- \rightarrow Z Z \rightarrow f^+ f^- f^+ f^-$, the $Z$ lifetime is too short to see $Z$s exactly, but you can measure lifetime from the resonance width. If I understand correctly, the perturbation cross section will take into account the physically distinguishable processes of $e^+ e^-$ scattering directly into $f^+ f^- f^+ f^-$, and also $Z$'s being created then decaying (or 1 $Z$ being actually created). The contribution from the $Z$'s being actually created and decaying are resonant around the real mass of the $Z$ (I've read this here). Does this imply that whenever $Z$'s are being created, they aren't actually created with the mass exactly $M_Z$ but some mass around it?

Does this also apply to particles you can actually see like muons, just to a lesser extent because they have a much narrower resonance because of a longer lifetime?

The basic answer comes from the Heisenberg uncertainty principle. $$ΔEΔt>h/4π$$ In Quantum Field Theory (QFT) all uncertainty relations are due to the nonzero commutators of the relevant variables.

The computation of lifetimes for the various decays in the Standard Model, a QFT model, implies that all decaying particles with a lifetime will have a width, which is due to the commutator relations in Quantum Field Theory. Here is a calculator for lifetimes using the HUP.

The most accurate measurement of the mass of the muon still has a width as seen in this PDG review .

So I've been watching Wolfgang Ketterle's fantastic MIT open course on AMO physics, he made a comment that, although the atom is a quantum system, a classical picture can sometimes really help your intuition, with the caveat that it also lead you astray.

I think this question is highly amenable to classical analogy.

The 1st problem is the reaction: 2 Z's, 4 f's, it's too much. A great reaction for the question is photo-production of the delta baryon resonance: 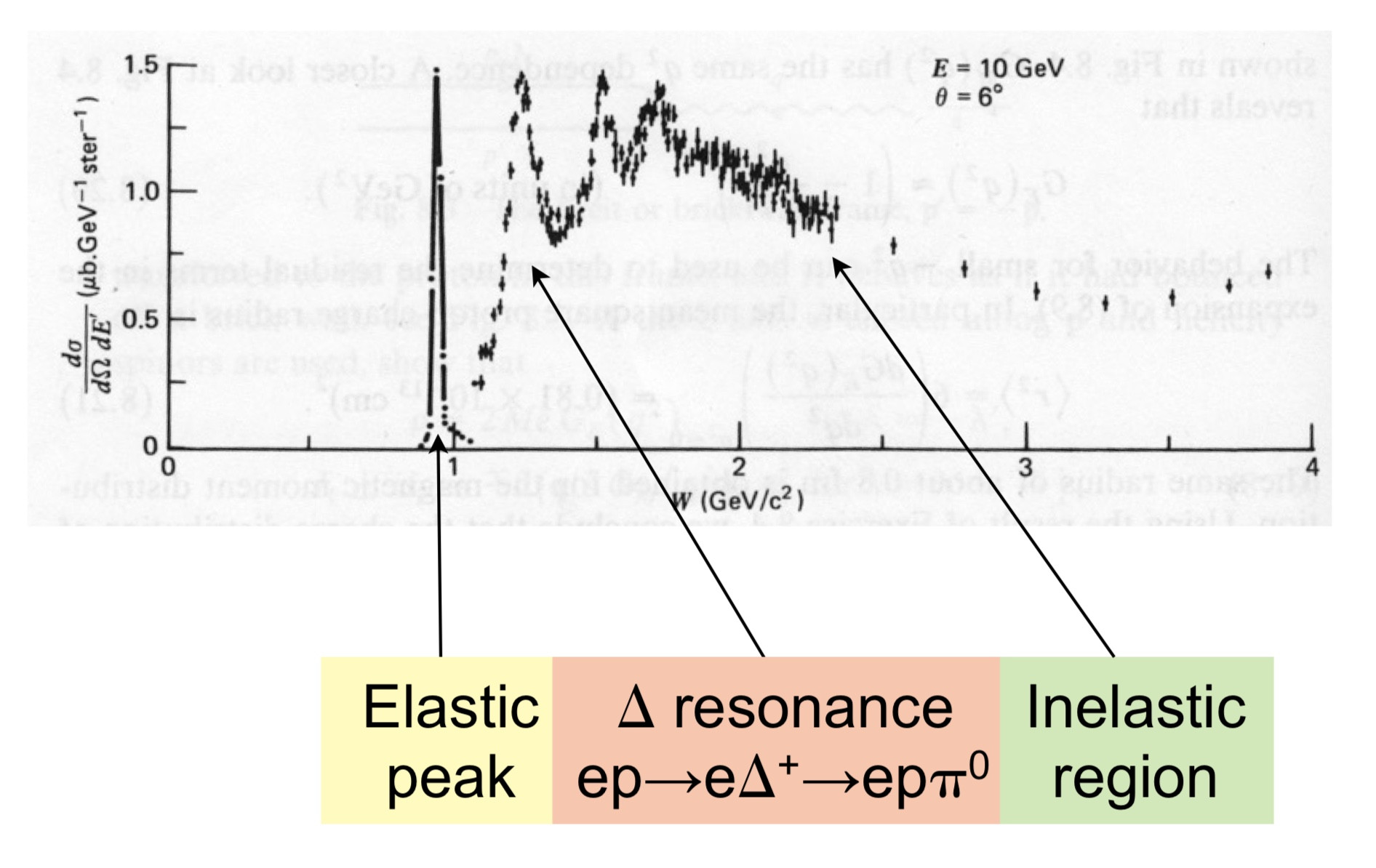 The cross section has a Breit-Wigner resonance term:

You can look at it as the creation of a new particle within a range masses, or you can look at is as the QCD version of a spin-flip hyperfine transition, with a large line-width.

If you choose the former, then the invariant mass of the final state $(W)$ shows that the delta mass really does vary.

The classical analogy is that the BW-function is exactly the response function of an RCL-circuit or the classical damped harmonic oscillator: they have a peak frequency ($f_0$) at which they respond, but when driven slightly off that, say: $f' = f_0 + \Delta f$, they oscillate at $f'$, not $f_0$.

There is a bit of a technical concern regarding the BW-resonance form, it's the Cauchy distribution, which famously has an unbound standard deviation, which could cause problems when using the formal statement of Heisenberg Uncertainty Principle (that is, using standard deviations). This is why we also discuss the "width" of short lived particles, and line-widths in atomic physics.

On the other hand, it means you are not exponentially suppressed way off the peak. You are suppressed, for sure, but not exponentially. This is why neutrons can decay, which requires a virtual W boson so far from $M=80$ GeV, it would never occur if the resonance shape were a gaussian.

Not the answer you're looking for? Browse other questions tagged quantum-field-theory particle-physics mass resonance statistics or ask your own question.