Why consider spacetime trajectories that cut a $t=$constant at more than one points in the path integral of a relativistic particle?

Here is a picture from Padmanabhan's book on quantum field theory. 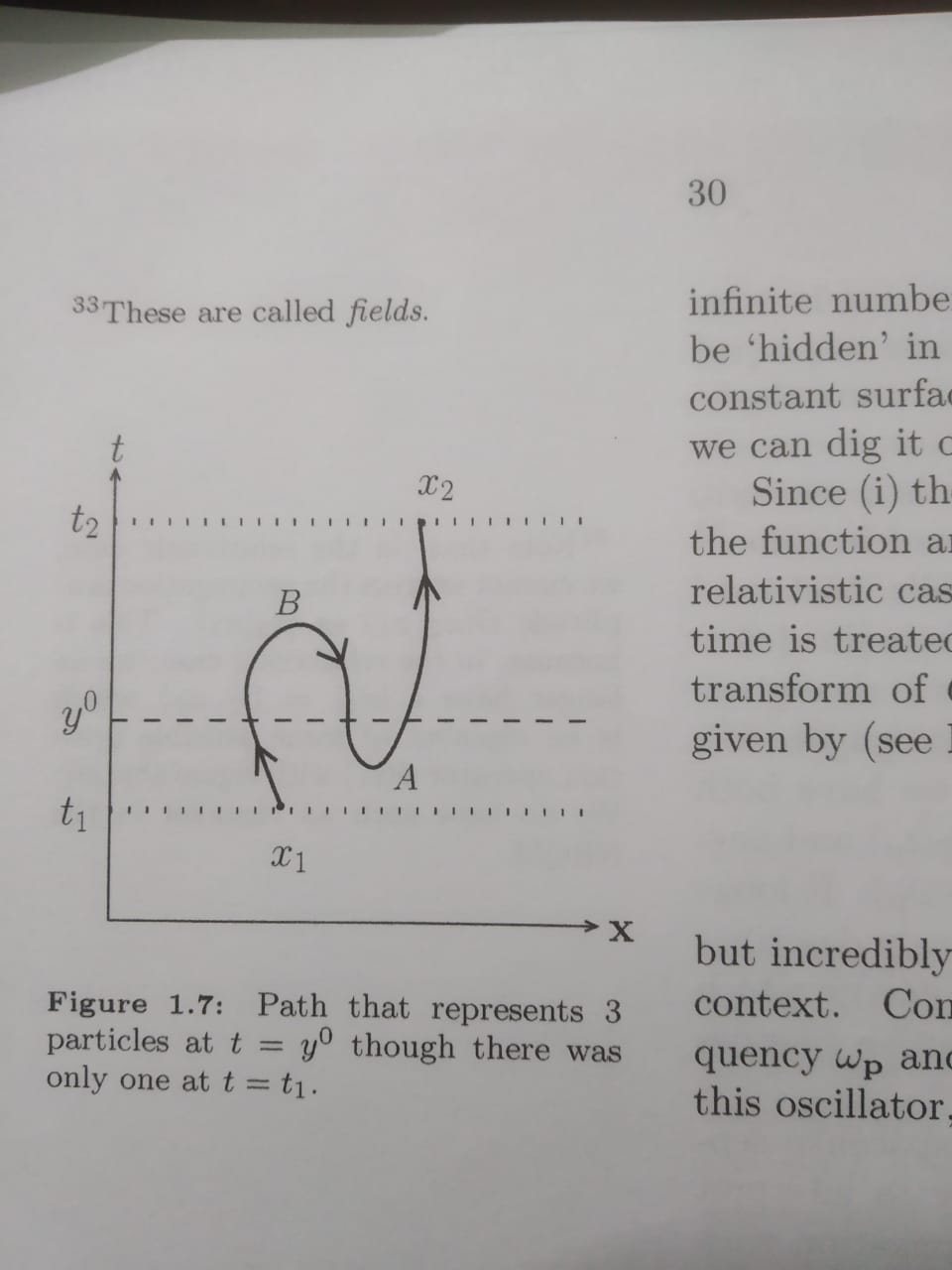 Also described in the first part of this lecture within $17-25$ minutes.

He says that a relativistic particle can follow a path like the one shown below in the spacetime diagram (in contradiction to the answer here). At this point, he doesn't use any funny quantum mechanics. After saying that such paths are possible in relativity, he goes on saying that if we want to construct the path integral of a relativistic particle, such paths must be included.

Professor Padmanabhan is in OP's linked video talking about virtual paths in the path integral formalism. They are needed to construct the full amplitude. They are not actual paths and do not necessarily respect causality.

Not the answer you're looking for? Browse other questions tagged special-relativity path-integral faster-than-light causality virtual-particles or ask your own question.

12
In Feynman's path integral formulation, what do faster-than-light paths mean?
0
Possibility of having a spacetime trajectory that cuts the $t=$constant at more than one point

3
Does path integral and loop integral in a Feynman diagram violate special relativity?
13
The problem of a relativistic path integral
3
Feynman paths of FTL velocity have imaginary momentum?
5
When particle number can change in quantum physics?
5
Why don't we use relativistic action $L=-~mc^2\sqrt{1-\frac{v^{2}}{c^{2}}}$ while calculating path integral for free particles?
2
Are there limitations to the type of paths needed in the path integral formulation of quantum mechanics?
5
If a photon takes all possible paths, does it travel faster than light?