Consider a particle attached to the centre of a circle via an inextensible string undergoing vertical circular motion. If the initial velocity $u$ is such that $\sqrt{2gl}<u<\sqrt{5gl}$, the tension becomes 0 at a point where $\theta$ is obtuse. Now, the only force acting on the particle is the force of gravity, and the particle should undergo projectile motion.

But since the particle is still tethered to the centre, the string must become taut when the particle attempts to move this way, and the particle should continue moving in a circular path. How then does the particle undergo projectile motion, i.e., how is such a situation possible: 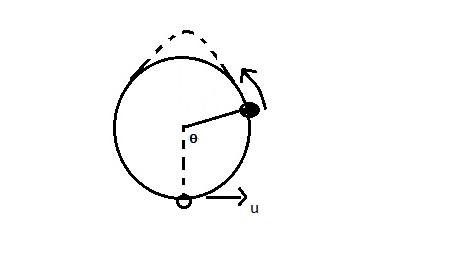 Wouldn't this also mean that the minimum initial velocity for vertical circular motion should be $\sqrt{2gl}$ rather than $\sqrt{5gl}$, because the particle would be able to complete a circular path? And if the path is not parabolic, what is the actual path followed by the particle? 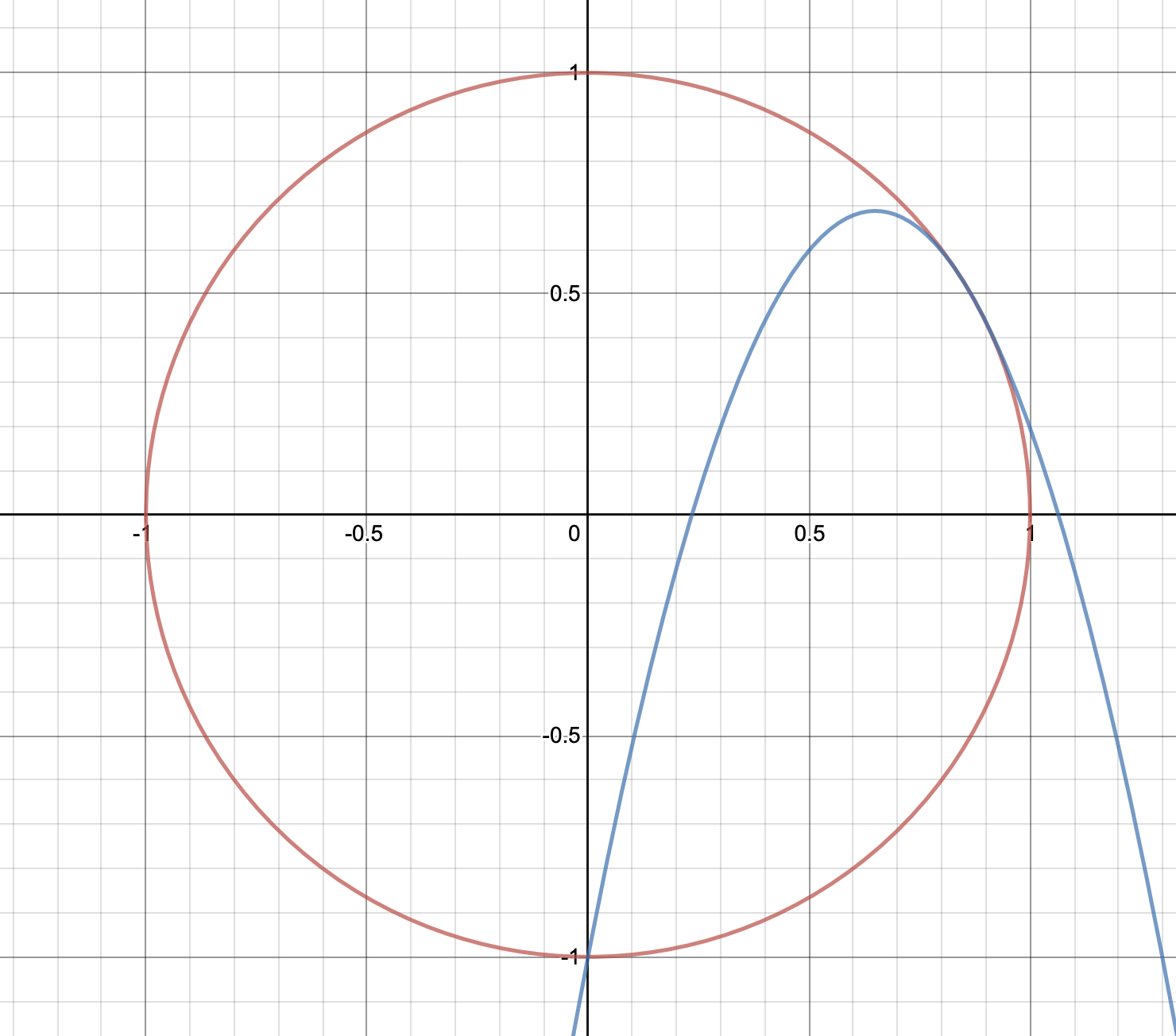 (The fact that the parabola intersects the bottom of the circle is, I think, just a coincidence.)