How can I increase heat transfer to a small surface area?

I am working on an electronics project in which I dispense melted wax at around 70 degrees through a syringe and metal veterinary needle as shown below. The syringe is heated via an aluminium block with embedded heater cartridge. The block sits around the syringe body tightly. The problem I am having is that everything heats up except the needle tip which I have drawn an arrow to in the image below. If i put my finger to the part just above the needle it is hot however the needle is not.

My question is how could I increase heat transfer to the needle tip apart from directly heating it with something like nichrome wire? 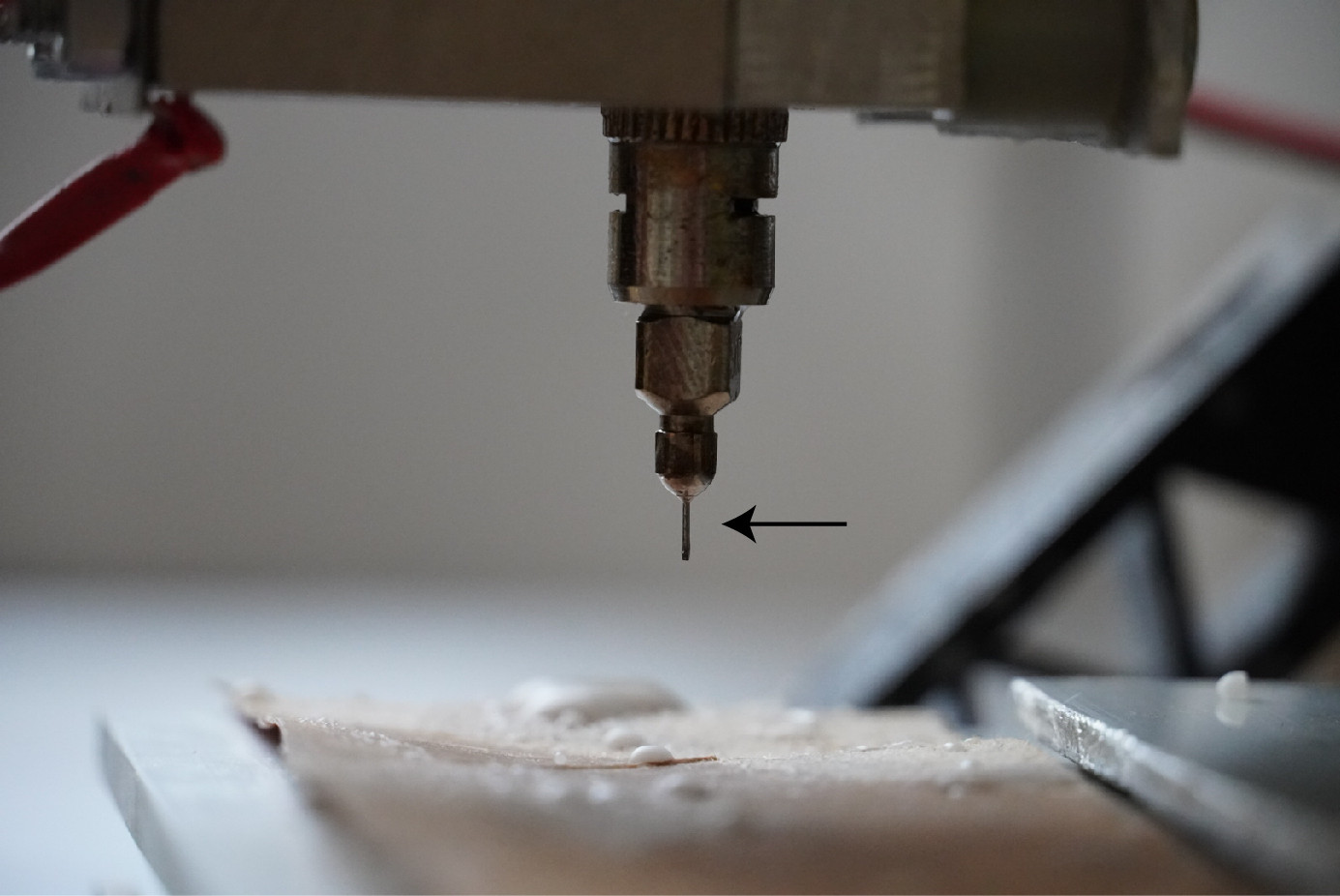 The part that You are heating is receiving heat from the heater and dissipating it into the surrounding medium (in this case air). Once the rates of receiving and dissipating heat reach an equilibrium, the part reaches its final temperature. Simplest way to increase the end temperature would be to alter involved temperatures by either:

Alternatively You can change the heat transfer rate by changing the thermal conductivity:

Finally, as a heat gradient forms inside the heatable part, You could alter the respective gradient without changing surrounding conditions by:

Not the answer you're looking for? Browse other questions tagged thermal-conductivity or ask your own question.