Does that mean we actually have several sets of $\xi$-like variables, for small chunks of space and we sow the solutions to the Poisson equation together, like so? 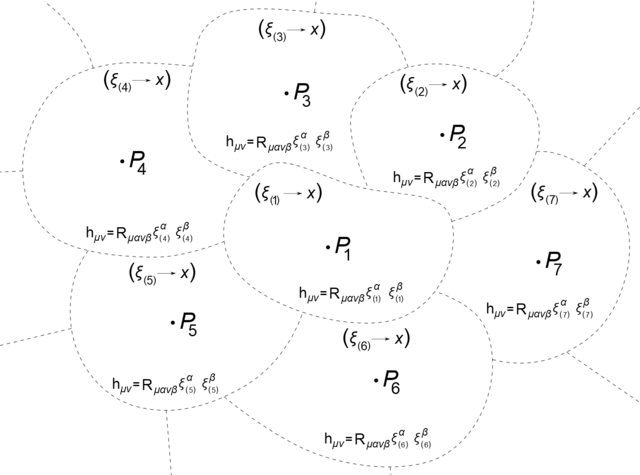 Or am I overthinking this and is it just some symbolic manipulation to show how Einstein's equation is related to Newtonian gravity, without actually claiming that the equation $\nabla^2 \phi = 4 \pi \rho$ extends to an arbitrarily large region? I would understand why you might not be able to come "too close" to the source generating $\phi$, because then $\phi$ is no longer a "weak field", but this construction of normal variables shows that you cannot even drag $\xi$ to infinity, where there are no sources, without losing the approximation that $h$ is small.

If $h$ being small does not apply, we can still force $g$ to be locally $\eta + h$ where $h$ is small, however, this would only be true in a small region around some point we pick, in special (normal) coordinates. With the metric above, it would be unwise to do so, because while $h$ is globally small, normal coordinates would spoil this property${}^1$, so a better approach is to keep the default coordinates in which $h \ll \eta$ in the whole spacetime.

Not the answer you're looking for? Browse other questions tagged general-relativity gravity coordinate-systems curvature linearized-theory or ask your own question.