Why does merely changing point of application of force change kinetic energy?

Consider two spheres A and B of similar mass and radius kept on a smooth surface. If I give an impulse 'J' to one of them along its centre of mass axis, it would only translate and not rotate. Its velocity Va just after collision would be J/m.

However if I apply the same impulse 'J' to ball B 'x' distance away from COM axis, its translational velocity will still be Vb = J/m, but it will also rotate. Angular velocity 'w' = Jx/I, where I is its moment of inertia.

My point is, now its KE is 1/2 m Vb^2 + 1/2 I w^2. WHY? Just by merely changing the point of application of our impulse, how did we change the total energy acquired by the ball B, which is now greater than ball A? My intuition would say that somehow the velocity of B would be less than A to compensate for the kinetic energy gained by its rotational motion. But that's not the case. KEa != KEb. Why is this the case and where is this new energy coming out of? 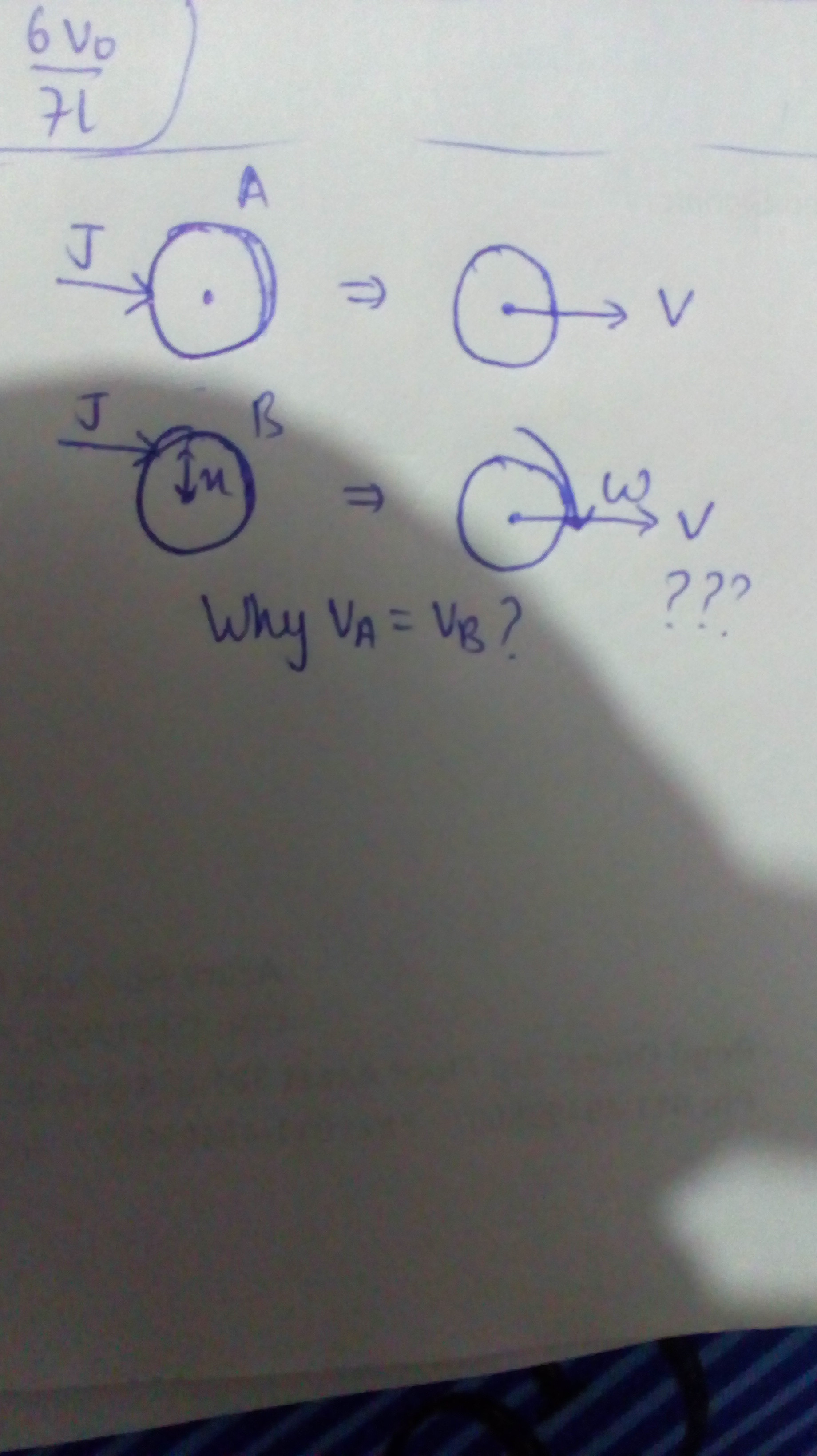 Let's suppose that the impulse is due to a constant force, $\vec F$, applied over a short time interval, $\Delta t$. If the ball is set turning as well as translating, the point of application of $\vec F$ will travel further in the $\vec F$ direction in time $\Delta t$ than if the force were applied through the centre of mass and the ball didn't turn. So more work is done by $\vec F$ in time $\Delta t$ when the force is applied off-centre, but in the same direction and for the same time.