Okay, I came up with this great idea to intuitively understand retrocausality which is implicated in the delayed choice quantum eraser experiment.

Alice and Bob have decided to do an experiment.

If Alice wins at rock paper scissors, she will get the switch on, just like the first picture so idler photons will enter detectors A or B. This will affect signal photons in the past so they make a single pile pattern in the past.

If Bob wins at rock paper scissors, he will get the switch off, just like the second picture so idler photons will enter detectors C or D. This will affect signal photons in the past so they make an interference pattern in the past. 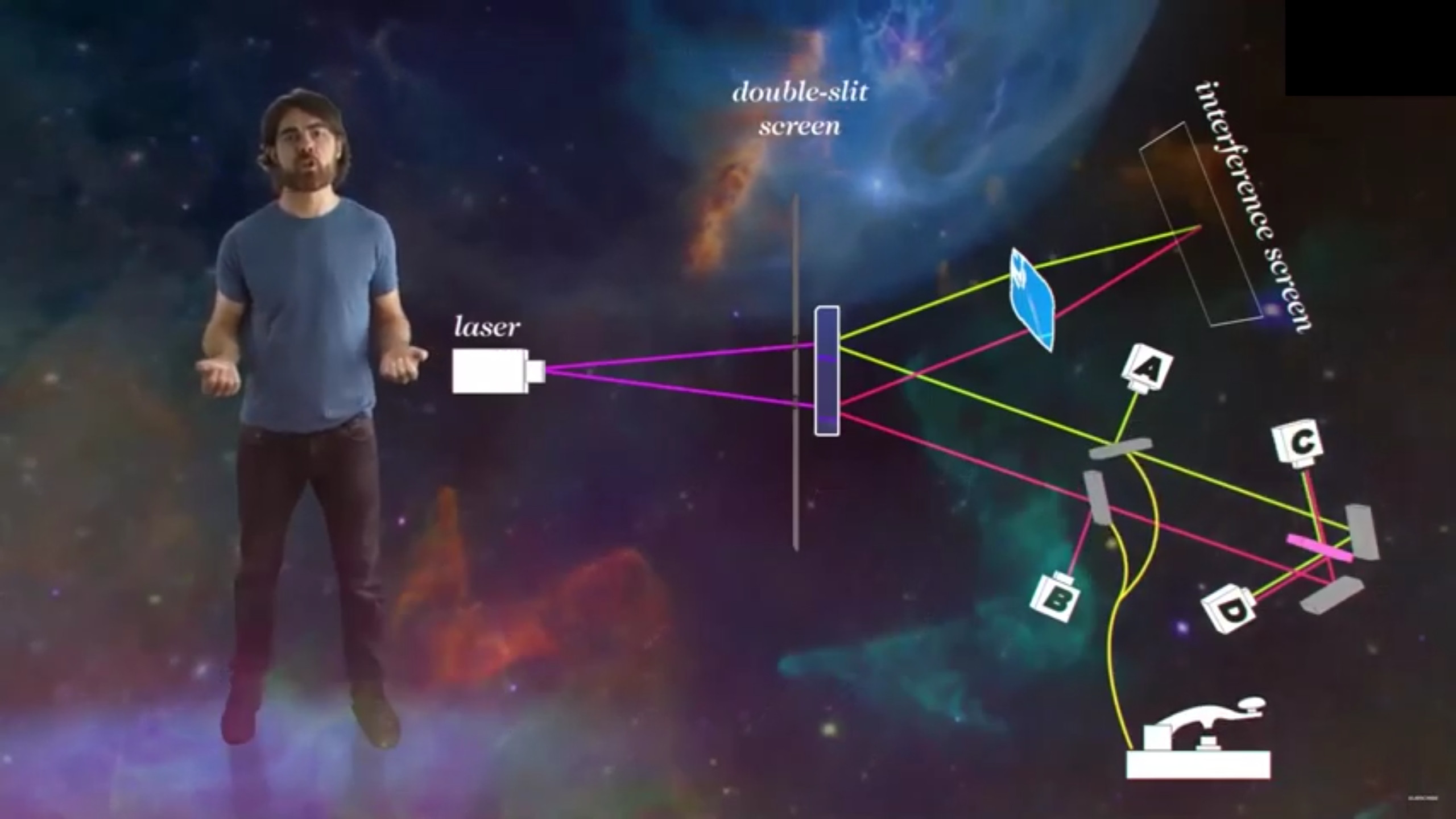 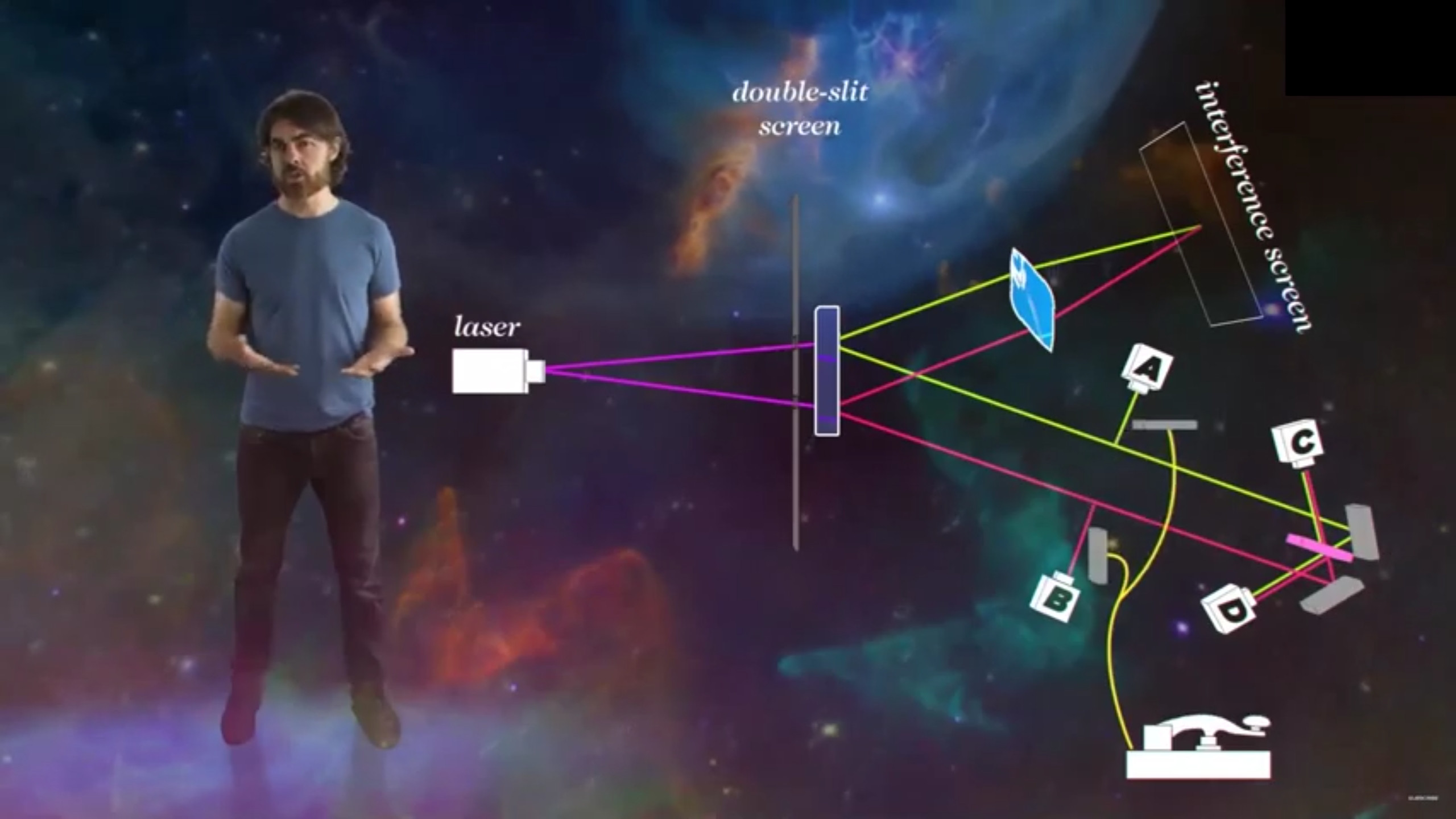 I know that you cannot "know" whether the signal photons made a single pile pattern or an interference pattern and you can know only after the idler photons are detected. 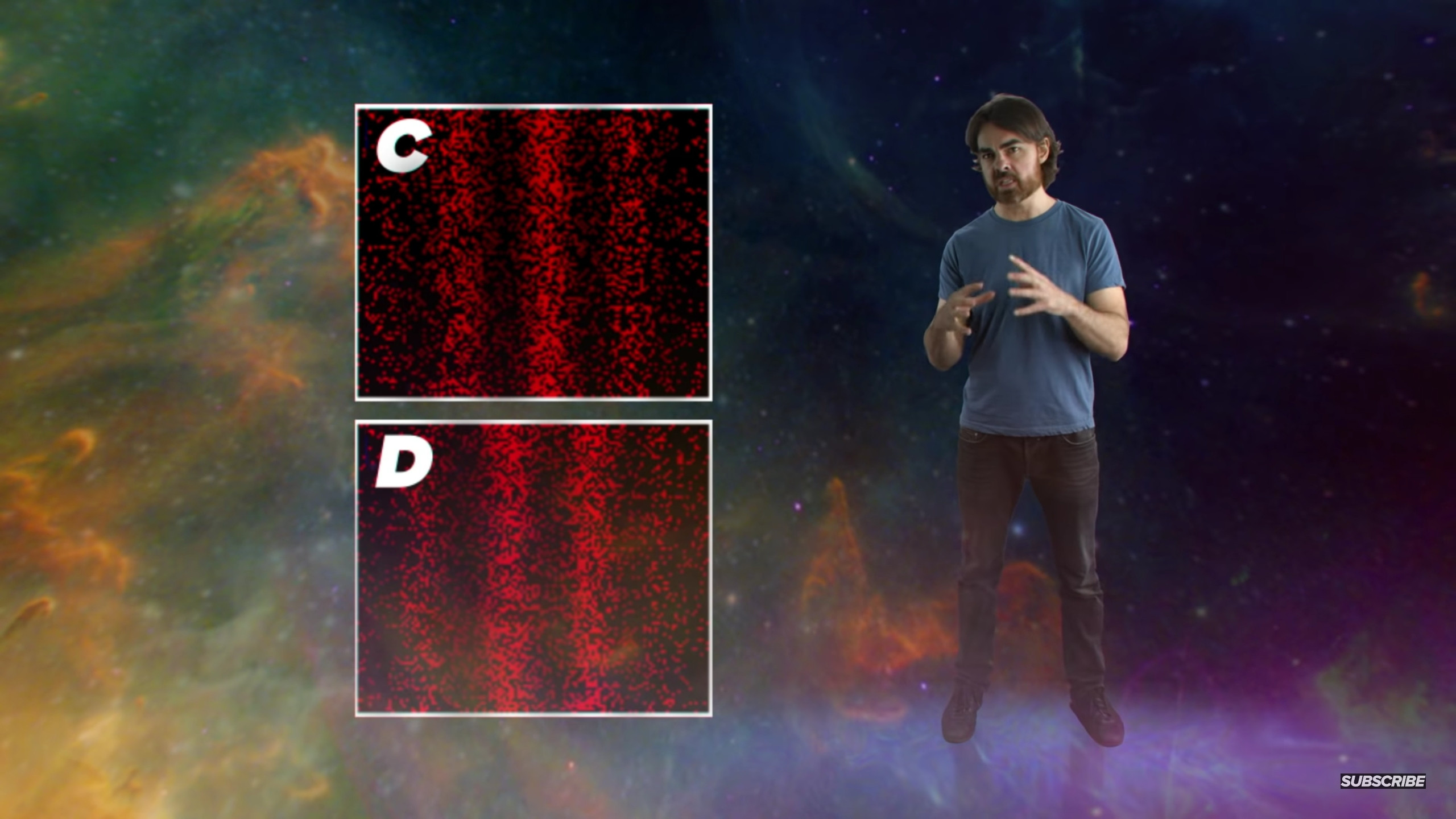 So, whether Alice wins or Bob wins is encoded in the patterns made by the signal photons in the past, which obviously seems like retrocausality in action and the future is "already there", though you can't recover any meaningful data until idlers are detected.

How should I interpret this?

So, whether Alice wins or Bob wins is encoded in the patterns made by the signal photons in the past

If you have already detected the signal photon, but you have yet to do anything with the idlers (say, you've sent them on a round trip to a nearby planet), then there is no interference pattern in the signal photon.

The interference pattern only appears once the idlers come back, you decide to measure them using the quantum eraser, and you post-select out signal-photon hits in coincidence with detectors C and D. The C and D interference patterns are complementary, and they add up to a shapeless blob $-$ it is only once you have the results of the quantum-eraser measurement that you can separate out the blob into its constituent sets of fringes.

From the photons perspective there is no past, every point in it's path is the present instant, so there is no retrospective causality needed!

Not the answer you're looking for? Browse other questions tagged quantum-mechanics quantum-eraser or ask your own question.