Why does the brain interpret light from a mirror the way it does? [closed]

Ask Question
Asked 29 days ago
Active 29 days ago
Viewed 138 times
0
$\begingroup$
Closed. This question is off-topic. It is not currently accepting answers.

When we place an object above mirror and viewed from side, we see the image to be below the object, as if the reflected light is coming from inside the mirror. 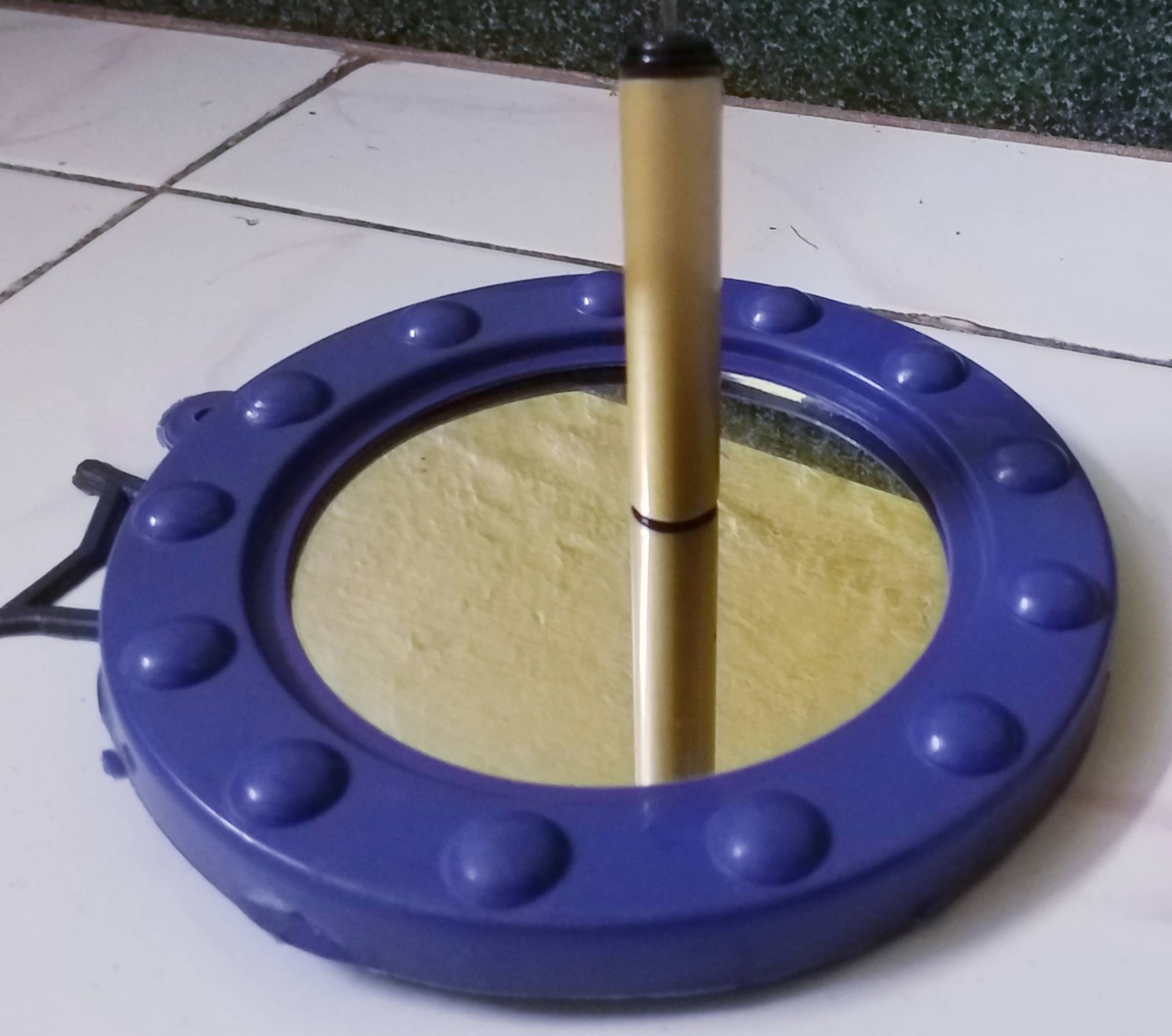 From the image above, the light from top gets reflected in front of object. So comparing the image and object, they are perpendicular to each other. But our brain senses the image to be below object. Why?

The image in the mirror is a virtual image.

For a virtual image, the incoming light rays do not originate from a point from within the mirror as you can clearly see by drawing a ray diagram.

So comparing the image and object, they are perpendicular to each other. But our brain senses the image to be below object. Why? 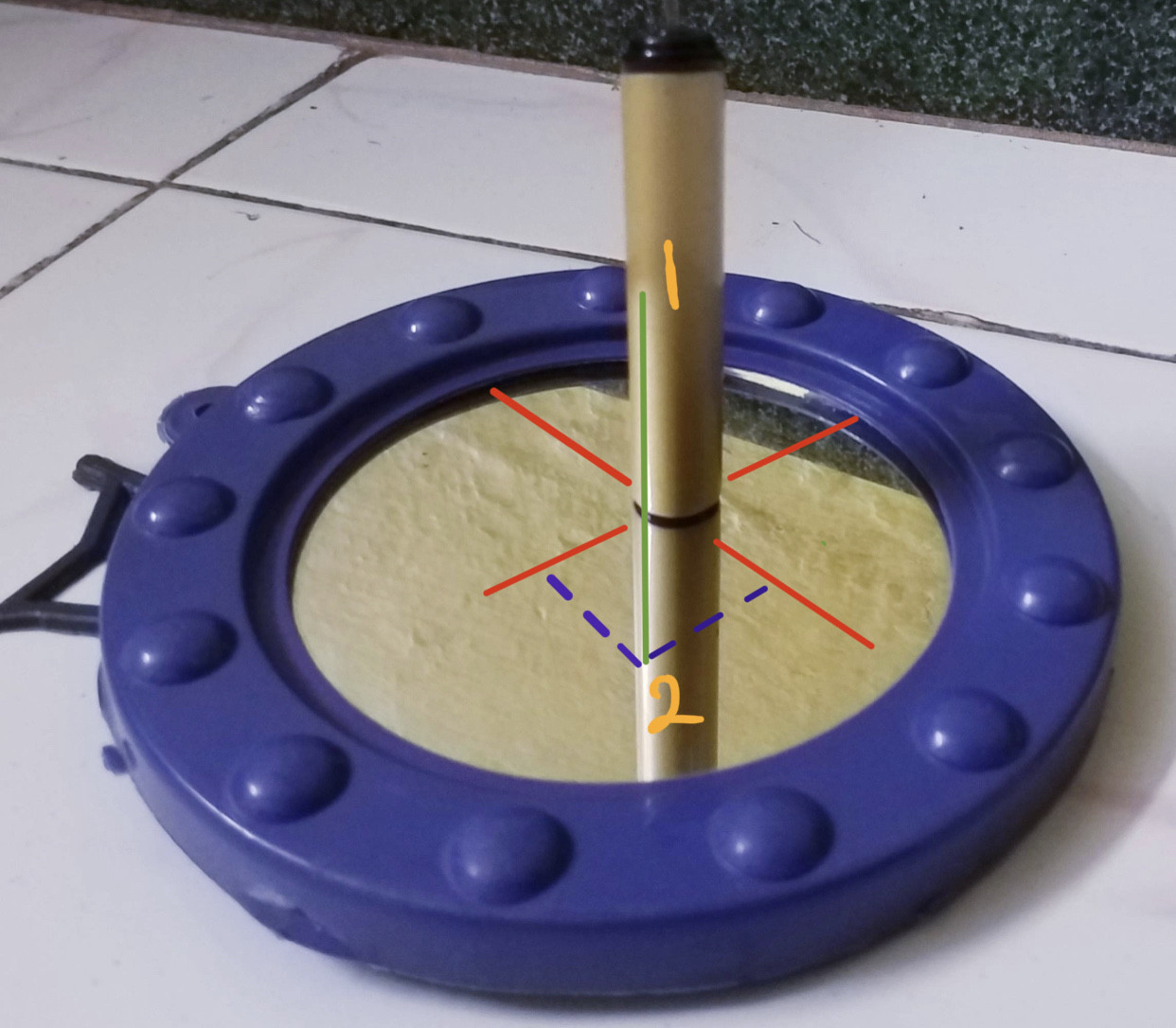 The mirror creates a virtual image, which is a way of saying that the rays of light bounce off the object and off of the mirror in exactly the same paths they would if there was an actual object where the virtual image appears to be. Physically, they are indistinguishable.

The brain completes this illusion because the physics of this virtual image is sufficiently correct. The object appears to be at the correct focal length, and it has the correct stereoscopic behaviors (each eye is in a different place, so it sees slightly different scenes). If it walks like a duck, and quacks like a duck, it might as well be a duck.

There's very little evolutionary reason for us to be able to see through this illusion. There weren't many mirrors on the savanna when we evolved. As such, including even a little circuitry to detect this case would have just slowed down our perception.

It is known that we can resolve perceptual illusions like this, if given sufficient time. You can get good at walking through mirror mazes. And perhaps most famously, George Stratton experimented with inverted vision. He wore glasses which inverted the world around him. At first this was terribly confusing, like living life in a virtual image. But within just a few days, the brain corrected for this.

The difference between Stratton and you is that Stratton looked at nothing but inverted images for days at a time. You are looking at a mirror every now and then, and always in the context of a larger scene. If you depended on looking in a mirror for a living, you'd quickly find that your perceptions shift to leverage the mirror properly.

See, it's ironic, you giving us a two-dimensional image of what you are talking about, because for us of course all of those things are in the same plane, the plane of the screen that we are looking at it with.

What is happening to you is that you are born into a set of biases which this science training that we get in physics is meant to try and suppress.

So, take two objects that are the same size and you know they are the same size: large coins, pieces of fruit, tennis balls, whatever you have on hand. Hold one twice as far away from you as the other. If it's really twice as far away, it should appear to be half the diameter and a quarter of the size. This is seldom what our visual system does. Your brain knows something about the world, it knows that these two objects are the same, and it tries to reconcile that with the fact that it sees one of these as smaller than the other, and you get a mishmash, it's not the exact same size, it's a bit smaller, but it's certainly not half the size.

That's kind of an artificial experiment, most people who notice this on their own notice it on a day when the moon appears to be exceptionally large. The moon has not come halfway closer to the Earth, it is not twice the size that it is, if you held up a coin if the right size at arm's length it covers the moon the same. Even though its visual size has not changed, something about perspective and foreground has tricked the same part of your brain into reconciling this as a massive nearby object, and that part of your brain exaggerates its size in the hallucination that you experience that we call vision. We use the word hallucination to indicate the sometimes-diseased aspects of a process that we are in fact doing all the time. You may not be aware but you have a blind spot in either eye and your brain just hallucinates something into the middle of it, generally whatever is around it. Similarly, if I put you in an isolation tank for eight hours, cutting off sensory stimuli, your brain will gradually get more and more sensitive to smaller and smaller perturbations in the data that's actually coming in, and you will start to properly-hallucinate that way too. Or, in a Thatcher effect illusion, your brain reports seeing a relatively normal face if it is upside down, and a grotesque horror when that face is right side up.

So we reconstruct this visual stimulus of the bar hitting the mirror, or of a picture of the bar hitting the mirror, with our knowledge of bars and space and the parallel lines kind of guide us to some idea that may be there is another bar, an extension of the original—but yeah, how did we get this belief that there is kind of a whole other world on the other side of the mirror? And the answer is, the image on the mirror’s surface is not “isotropic,” broadcasting the same light in all directions. It changes as you change your position that you look at it from. On normal surfaces, there is usually a little bit of this anisotropy and it is a sort of glossiness to the lighting, but underneath that you see some texture or something that remains relatively the same. But a mirror has been polished so finely that we do not see that texture anymore over the gloss, and the thing about the gloss is that we move, shift side to side, say, and usually things that are further away from us in the background visually move less than things in the foreground. But because the surface is not isotropic the gloss we see on the surface for us is actually moving slower than the surface and therefore the image the gloss is communicating appears to be further through the surface, in a world behind the surface. (These considerations were a part of making the videogame Portal so believable, for example.)

In other words our sense of distance to something is a sort of interaction we have with that something. A paradox/illusion can be defined as “my interactions are like this, but then I find out that the reality is something totally different.” and a mirror is an illusion, it interacts as if there are objects on the other side of a pane of glass, until you shatter that glass or peek around it. So then I, having had experiences with mirrors, have beliefs about how they should work: and that colors my 3D hallucination when you give me a flat 2D image of a mirror, I can see exactly what you are talking about even though this 2D object no longer interacts that way for me.

But yeah, that's basically where we get to, as you shift side to side the image that you see on the mirror is interacting with you as if it were at the distance that makes it part of this mirror world, combined with the rest of this pattern recognition apparatus that is always going on.

It is all about the focal points. Our eyes will focus on the reflected image just as if it were another identical but inverted object underneath the real object.

Not the answer you're looking for? Browse other questions tagged optics visible-light reflection vision perception or ask your own question.

0
How do lens capture reflections clearly?
0
How does the eye see a real image?
1
How we feel (perceive) exact size of object through our eyes?