Won't decrease in kinetic energy decrease the momentum as well?

My doubt stems from the question attached. 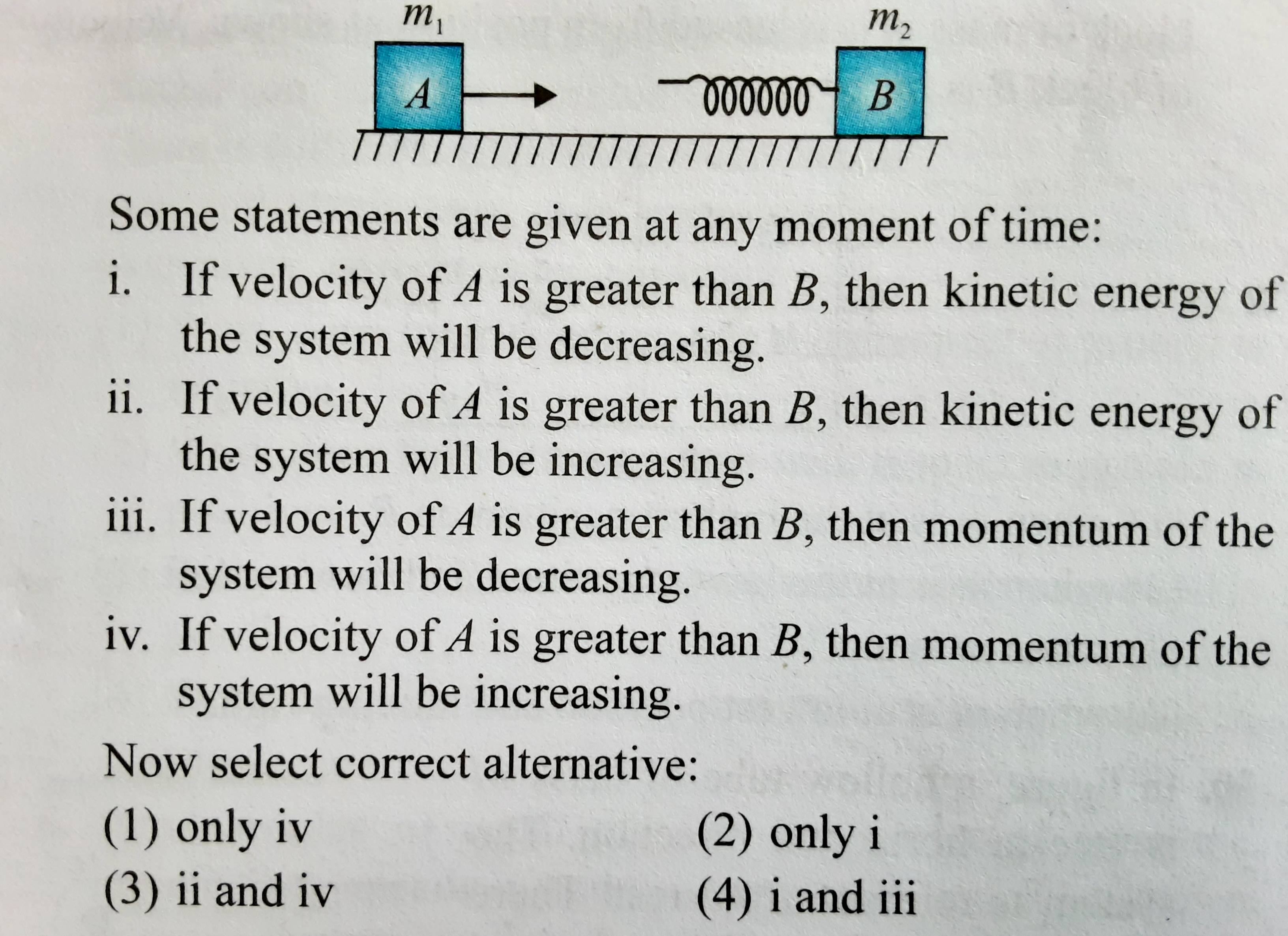 If some kinetic energy gets converted into spring potential energy, shouldn't the velocity of be reduced and subsequently momentum?

Any help regarding the question will be appreciated

I will assume the statements in the second image refer to 'any moment in time' after A has attached to the spring. Also, velocity in this 1 dimensional example is a number whose sign determines its direction.

So if A has a higher velocity than B, that means that the distance between A and B is getting smaller, since A is approaching B faster than B is moving away from A.

If the distance between them is getting smaller, the length of the spring is getting smaller too. And when a spring is compressed, the bodies that are attached to it gain Elastic Potential Energy. So the system as a whole is gaining potential energy.

The law of conservation of energy (which I think this exercise is about) states that the total energy of an isolated system cannot change in time. If there is an increase in Potential Energy in the system, there must be a decrease in another Energy somewhere. This system is isolated from anything else, so the only other source of energy is its own Kinetic Energy.

Therefore, if the velocity of A is higher than B, the system gains Potential Energy and loses Kinetic Energy. i) is correct and ii) is incorrect.

On the other hand, we have Momentum. The other law this exercise is likely about is Conservation of Momentum. As the system is isolated from anything else, its Momentum cannot change, at any point in time. Therefore iii) and iv) are both incorrect.