I was conducting an experiment to see if my sink faucet is flammable. I did this by putting a lighter near a running facet. My first guess was that the flame will go out because of the water. But I slowly realized the actual source has to be wet not the flame itself. But I noticed something else that was weird. When I put the flame closer to the running faucet it seems as though the water is surrounded by a force field and the actual flame can never touch it. My guess is that it has something to do with a magnetic field, and either ions or electrons are repelling the flame from the water. Since water is not ionized I'm guessing it's the latter. What are your thoughts on this? I also posted a picture to further illustrate my question. 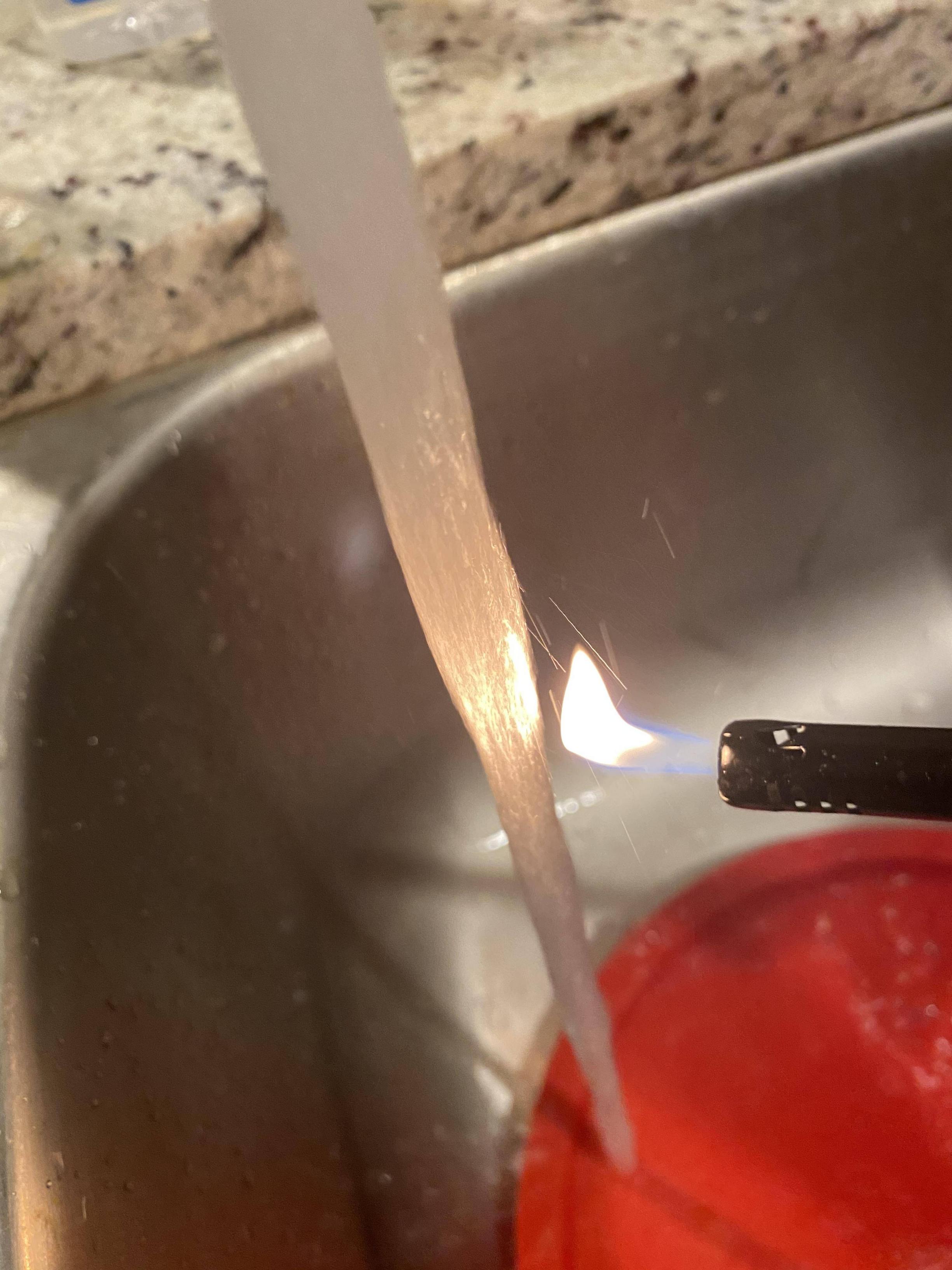 My guess would be the air expands from the heat near the flame. The expanded air pushed the water away from the flames. Hotter air will have less density and floats away, which then will be replaced by colder air below it. The air expands and repeat. This will create a constant "wall" of air surrounding the flames that constantly pushes the water away. The closer the fire to the water, the less air to be expanded, the less the water is pushed.

this is caused by entrainment, in which the moving jet of water drags along with it the air in its boundary layer right next to the jet. this tends to slow down the jet and speed up the air in the boundary layer, which then sweeps the flame out of contact with the jet.

To visualize this, shoot the jet sideways and put the flame under it, so its tip is close to the underside of the jet. You will see the tip of the flame brushed sideways in the direction of the jet movement.

In your example, if the jet were moving fast enough, the tip of the flame would bend downwards.

Not the answer you're looking for? Browse other questions tagged everyday-life water or ask your own question.

17
Why doesn't water come out of tap/faucet at high pressure when I turn it on?
5
Why is a white cloud formed in the hot water from the pot when salt is added?
1
Hot water from a faucet
2
Why does water boil differently in a microwave than over a flame?
2
Why can I touch hot things longer with water on hands?
2
Laminar Flow From Outdoor Faucet
2
Why does water keep dripping out of the bucket even after the faucet is turned off?
6
Peculiar flow of water from an aerated faucet