How many hot electrons are in solar cells that do not thermalize?

When an electron in a solar cell is excited beyond the conduction band edge, it will most likely thermalize which can only be counted as a heat loss. But in a few cases the electron will directly recombine back to the valence band, correct? My question: How "often" does this happen?

I heard of the future technology Hot-carrier solar cells (HCSC). They aim at using all of these thermalization energy, correct?

You are asking about recombination dynamics in semiconductors. This is a vast topic!

But let's make some assumptions:

Given these assumption, what are the remaining interband processes cause an electron in the conduction band to recombine with a hole in the valence band? 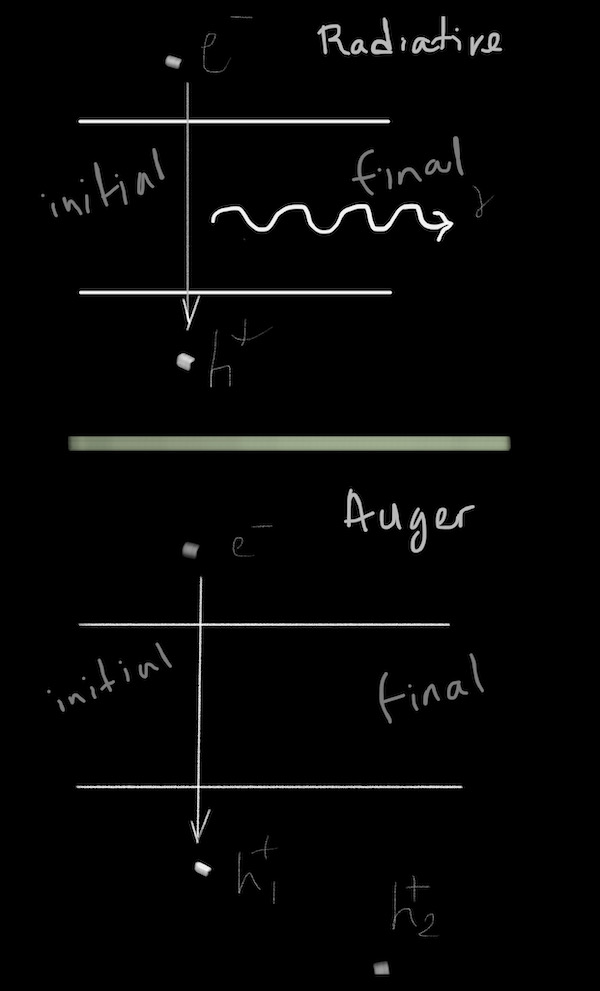 Aside: Auger recombination (and it's inverse mechanism impact ionisation) is interesting from a hot-carrier solar cell perspective because it keeps energy within the electronic system. Moreover, Auger recombination reduces electron density in exchange for increasing the average energy (i.e. temperature) of the hole distribution.

Let's write the recombination rate as the sum of these processes,

Now, if you can estimate the electron and hole density you can calculate the recombination rate.

Let's assume that $n=p$ because the semiconductor is undoped, the recombination rates of the radiative (blue) and Auger (purple) are shown in the plot, 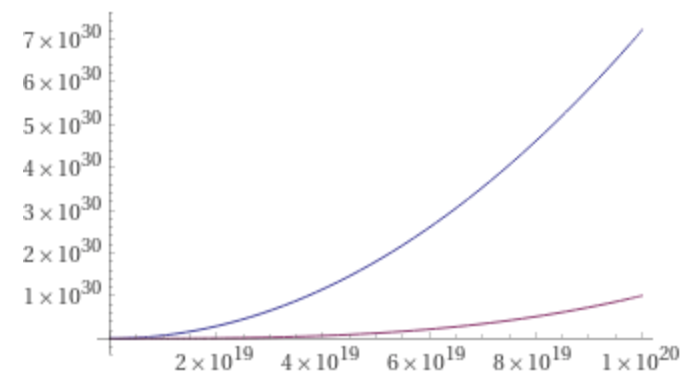 The recombination rate is very much dependent on the carrier density generated in the device.

This is a simplification of a very complicated problem. There are a number of additional details not considered

Not the answer you're looking for? Browse other questions tagged thermodynamics electrons semiconductor-physics solar-cells or ask your own question.

6
Why do solar cells have a window layer on top of the absorber layer and not below it?
1
Depletion region thickness in solar cells
6
Materials for use in a solar cell
0
Perovskite solar cells: Why are electron/hole-transporting layers required?
1
Thermodynamic potential of a solar cell
29
Why is silicon used for making solar cells?
0
Why is only bandgap-energy usable? (Thermal Relaxation)
2
Does solar cells absorb sub-bandgap photons?