Delay between the change of external flux and induced current

How long does it take for the current induced in a shorted superconducting solenoidal coil to reach its maximum value when a permanent bar magnet rotates inside that coil by $180^\circ$ in time $t$ ?

Assume that before the magnet is rotated, the current in the coil is zero.

It is OK to assume that the magnet rotates at constant angular velocity through the $180^\circ$ and the sum of the magnet's flux threading the coil varies as $\Phi=\Phi_0 cos(t)$. 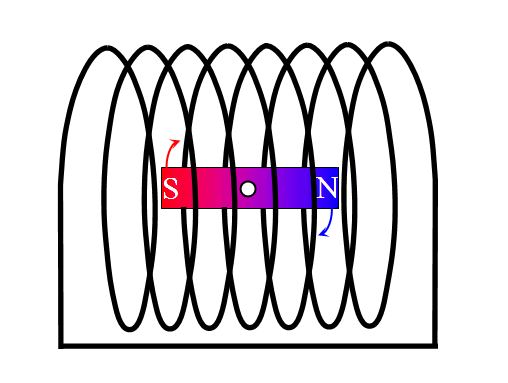 FOR EXAMPLE:
Supposing that the magnet is rotated $180^\circ$ in 100 ms and the coil has an inductance of 10 H, how long will it take for the current induced in that coil to reach its maximum value?

Will the delay, if any, between the change of external flux (generated by the magnet) and the induced current be altered if the magnet is rotated faster, e.g. in 1 ms?

Will this delay change if the inductance of the coil is increased?

P.S.
The answer to a related question states that the maximum magnitude of current induced in such coil is INDEPENDENT of the speed of the flux change $d\Phi/dt$.

It will induce a current such as in an electric motor/generator. While the speed increases, the amount of voltage also increases, but for a shorter amount of time, the amount it takes to move to its final position.

Not the answer you're looking for? Browse other questions tagged electromagnetism electromagnetic-induction inductance or ask your own question.

1
Current induced in a superconducting coil