How do I see if the material is a Topological Insulator from the band structure?

In this paper1 the following bandstructure of Bi$_2$Se$_3$ is shown:

In "a" they show the bands without Spin orbit coupling (SOC) and in "b" they include SOC. It is said that:

"Figure 2a and b show the band structure of Bi$_2$Se$_3$ without and with SOC, respectively. By comparing the two figure parts, one can see clearly that the only qualitative change induced by turning on SOC is an anti-crossing feature around the $\Gamma$ point, which thus indicates an inversion between the conduction band and valence band due to SOC effects, suggesting that Bi$_2$Se$_3$ is a topological insulator"

For systems being not only time-reversal symmetric but also inversion symmetric, a $\mathbb{Z}_{2}$-topological invariant distinguishing a trivial insulator from a topological insulator can be defined as a product over the parity eigenvalues of all occupied band eigenstates evaluated at all time-reversal invariant momenta. Therefore, a band inversion occurring only at $\Gamma$ , which is driven by SOC, results in turning the symmetry of the last occupied band eigenstate at this momentum from antisymmetric to symmetric, indeed changing your topological invariant. Basically, including SOC affects the band structure by lowering the energy of the first unoccupied band and raising the energy of the first occupied band at $\Gamma$ enough to exchange them, making for an inverted band structure. In principle, I think you are not supposed to recognize how the conduction and valence band are “mirrored” (as you wrote, they are rather exchanged) comparing the two figures, since including SOC qualitatively affects the shape of your bands.

Details regarding the mathematical formulation of the topological invariant depending on the parity of the band eigenstates can be found here: https://arxiv.org/abs/cond-mat/0611341

The specific example of $\text{Bi}_{2}\text{Se}_{3}$ and the mechanism for which SOC drives the band inversion are discussed herein: https://www.nature.com/articles/nphys1270 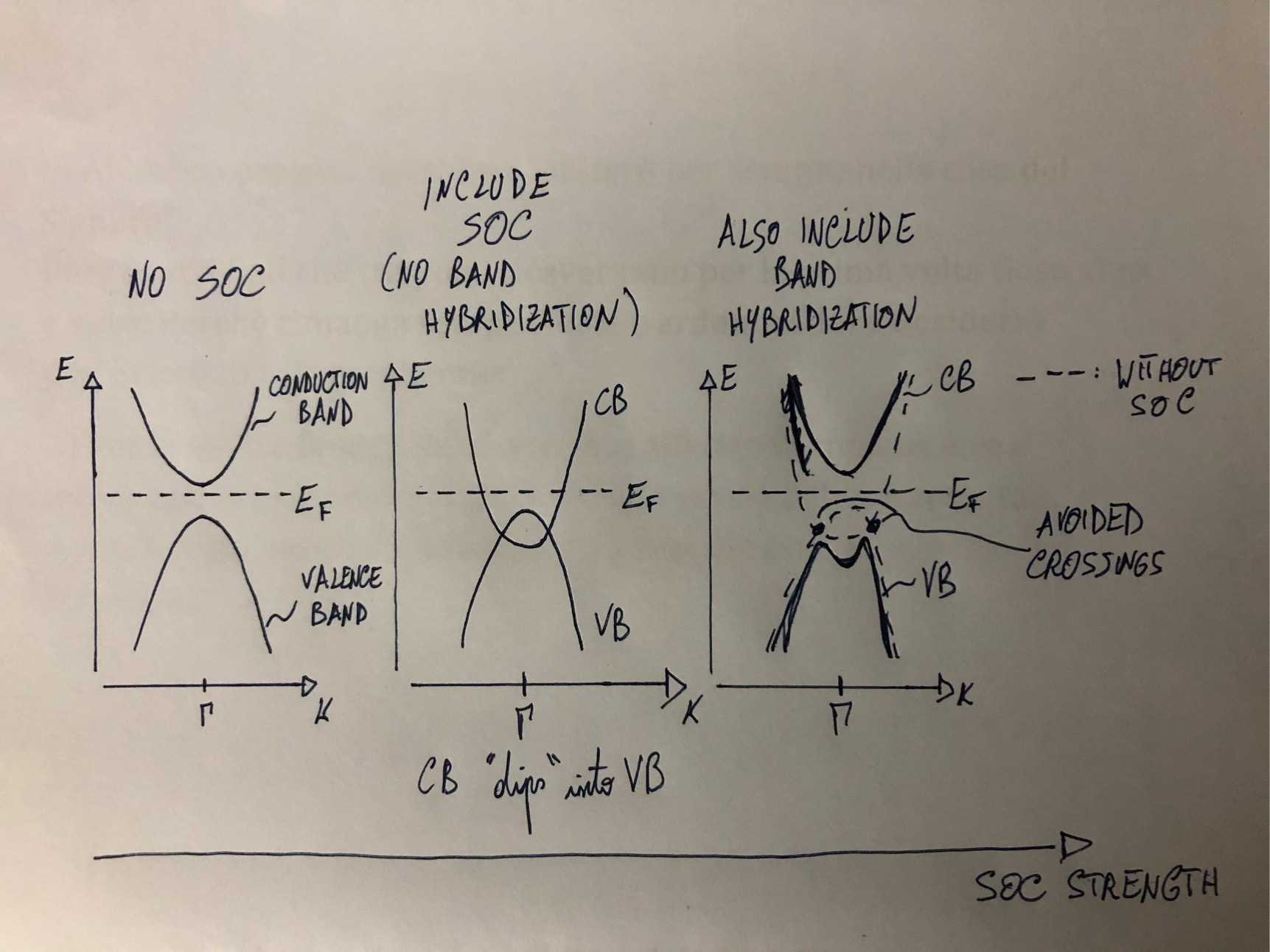 $\Gamma$ comes from the energy band you called conduction band in Fig. 2a, i.e. the band structure is inverted at this momentum." />

5
How to see that the trivial insulator is trivial?