Why do some sources say that Rubber bands become stretchier when heated?

For a physics project I'm changing the temperature of a rubber band and measuring elasticity. The rubber band will be tied to a mass and will be heated in a water bath.

Some sources show data of the rubber band becoming softer and stretchier (there is data of this), whereas others list that the entropic force results in the rubber band contracting. There are demonstrations of this on Youtube, but no data.

Here are a few examples of the sources that say the band will become stretchier when heated: 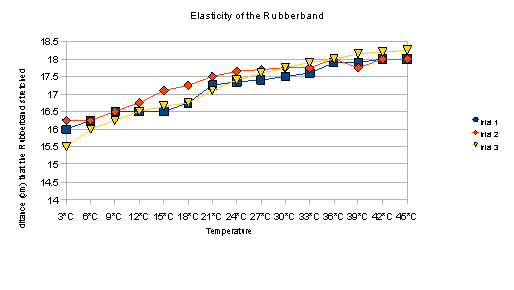 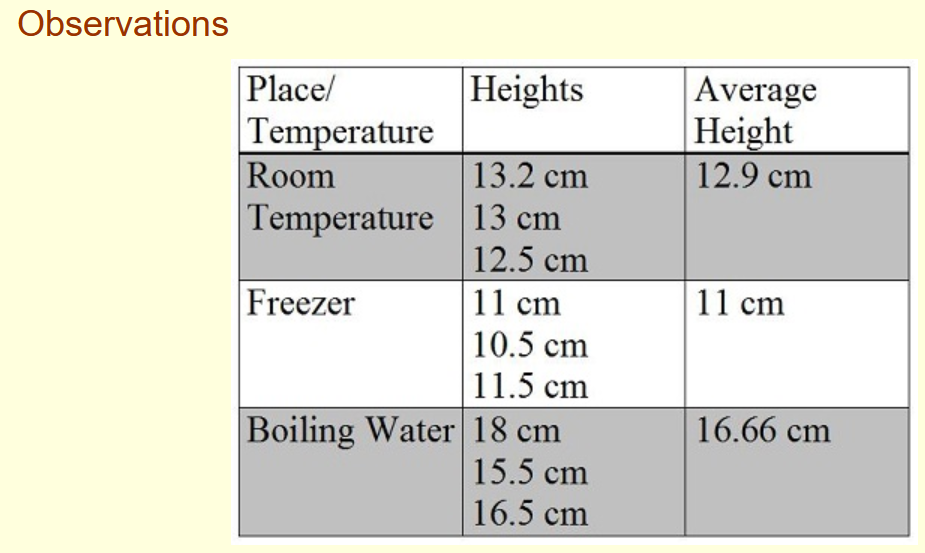 Why is there a contradiction? If I were to try this myself with a heat bath, which would be the most likely outcome? I am going to use the same type of rubber band as used in the sources above.

The apparently contradictory results can be explained as follow.

Notice that these two effects act in opposite directions. Which one is greater depends on the load placed on the rubber band.

So at a higher temperature the stretched length of a rubber band may increase with small loads, and at the same time decrease with larger loads.

I suggest you try the experiment for yourself, collecting data over a range of light, medium and heavy loads.

Not the answer you're looking for? Browse other questions tagged thermodynamics entropy elasticity or ask your own question.

3
Why can we say that $\bar{d}Q=TdS$?
1
Gough-Joule effect in rubber band
2
Why are metals worse conductors when heated?
3
Why do color of metals change when they are heated?
0
Why do rubber bands at higher temperatures stretch more?
0
Why does rubber shrink when it is heated?
1
why do fluids become less dense when heated?
1
Why do gas expand when heated?
82
Why does a rubber band become a lighter color when stretched?