Is Huygens principle true for any shape of wavefront?

I have read from a few sources that cylindrical waves propagate leaving a wake behind, differently from spherical and planar waves, which would propagate sharply, ‘cleanly’.

One example is this question and its comments. One reads:

Another example is this article I found, although it is a little complex for my understanding and I may be missing something. It reads:

“By way of contrast, the cylindrically spreading pressure pulse depends on time t and the propagation delay, r/c, individually, which means that it does not retain the shape of the source signature as it propagates. Instead, after the propagation delay at time t = r/c, the pulse exhibits an extended tail, or wake, which decays to zero asymptotically as 1/t2.”

Considering they’re all 3-dimensional waves, I find it odd that cylindrically shaped waves would propagate differently from spherical or planar waves. What explains this? Are those comments accurate? Also, do they say the same thing or I’m misunderstanding?

I don’t understand complex math, so any simple answer would be appreciated. Thanks.

Consider a line of sources of spherical waves, placed along the $z$ axis. For concreteness, let the waves emitted be square pulses. If we take a cross section of the wave field in the $xOz$ plane, we'll see the following some time after the (synchronous) emission of the pulses: 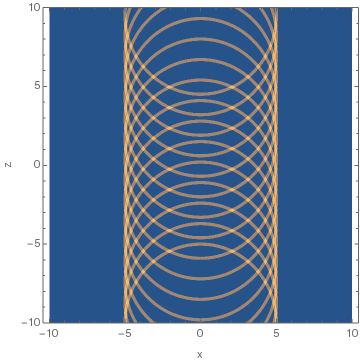 Notice how, if we look at the $Ox$ line, we'll see that there's not just a single pulse visible. Instead there's a train of pulses: wavefronts from different sources arrive at a given point at different times: 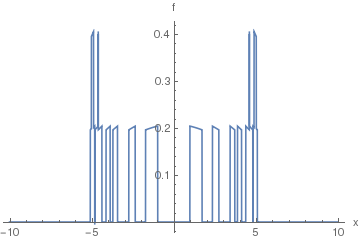 If we increase density of the sources along $z$ axis, we'll get something like the following: 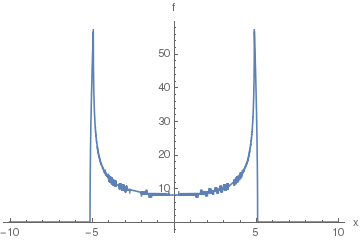 At different times the waves will look like this: 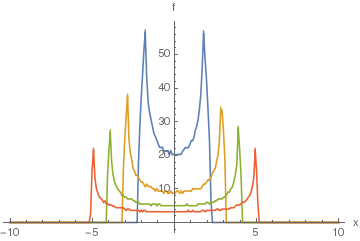 Let's now arrange the sources along a plane $yOz$ instead of the line $Oz$. We'll get the following result along the $Ox$ line: 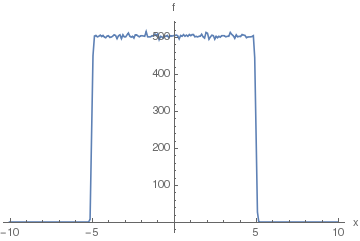 Or, at varying times, 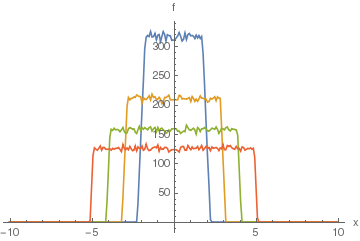 Notice how we've obtained a perfect (in the limit of continuous distribution of sources) piecewise-constant wave field. If we now make the sources emit a negative pulse so as to cancel this bump, we'll get the exact same shape, just of different sign (and with different propagation distance and amplitude). Adding these two—positive and negative—waves together by the principle of superposition, we'll get a planar pulse with well-defined beginning and ending.

Do you see what we'll get if we attempt to do the same subtraction with the waves from the line of sources? Obviously we'll get a messy wave with two peaks—one positive (outer) and one negative (inner)—and exactly what is predicted by the answers you link to: a wake in the inner region, lack of an ending to the cylindrical wave pulse.

So what we have here is just what this answer at Math.SE says: we have the simple effect of difference between arrival of waves from different sources in even dimensions, which leads to the wake, while this effect nicely cancels out in odd dimensions, resulting in well-formed wave pulses.

*Strictly speaking, this integral diverges. But with the appropriate regularization the equation still holds, see this post for details.

43
Why is Huygens' principle only valid in an odd number of spatial dimensions?
0
Classical wave equation - validity

2
Huygens' Principle During Reflection: comparing wavelets from before reflection with wavelets from during reflection
9
Huygens' Principle and Ocean Waves
2
Describing travelling waves carrying energy from one point to another
2
Huygens-principle
2
Huygens' principle: Its correct interpretation, and why there is no destructive interference in every wave? (unsatisfied with current answers)
0
Huygens principle (phase velocity)
0
Why do we observe fringe pattern in single slit diffraction?