First of all, I have a confusion about the definition and idea of Tension.

For example, in my Physics Textbook, the idea of tension is written like this:

"Let's say there is a wire with a cross-section area of A and its length is $L_o$. If I hang the wire from a point and hang a weight of W on the other end of the wire, it will generate a repulsive force of T. This T is called the Tension Force."

For me, this only explains to me what force will we call tension force, but it doesn't quite explain to me what is exactly this Tension force or where it originates from. Also, I have been doing pulley problems (Figuring out the acceleration of weights hanging from pulleys) by first labeling all of the tension forces by $T_1$, $T_2$, and then doing some math with them to get my answer. But It bugs me that I am using these tension force values without even knowing where they came from or what they are.

My idea was, maybe Tension force comes from the intermolecular bonds between the molecules of the rope, rubber or wire, etc. But even then, I have some different situational questions. For example:

Tension force like the normal force is just an aspect of the electromagnetic forces acting between molecules.

1 : You can't push something with a rope and if you try to do that the rope will buckle . Why ?

For this to understand , lets take an example of magnets.

When you bring like poles closer and closer , you experience greater and greater repulsive force (because the electron clouds surrounding the nucleus come very close and the coulomb forces increase) . Also you may have noticed that if you bring the like poles of the magnets more closer you get pushed sideways most of the times as shown below because of even a little disturbance in external force's direction.

This is what exactly happening inside a rope. When you try to push the molecules closer , the electron clouds just repel each other with lesser attractive forces from the nucleus and the molecules slip over each other due to a slight change in direction or point of application of the external force and most of the times this slipping buckles the rope from the sides.

2 : When pulled with two different forces the string will accelerate in the direction of net force depending on its mass.

You can visualise the internal structure as this 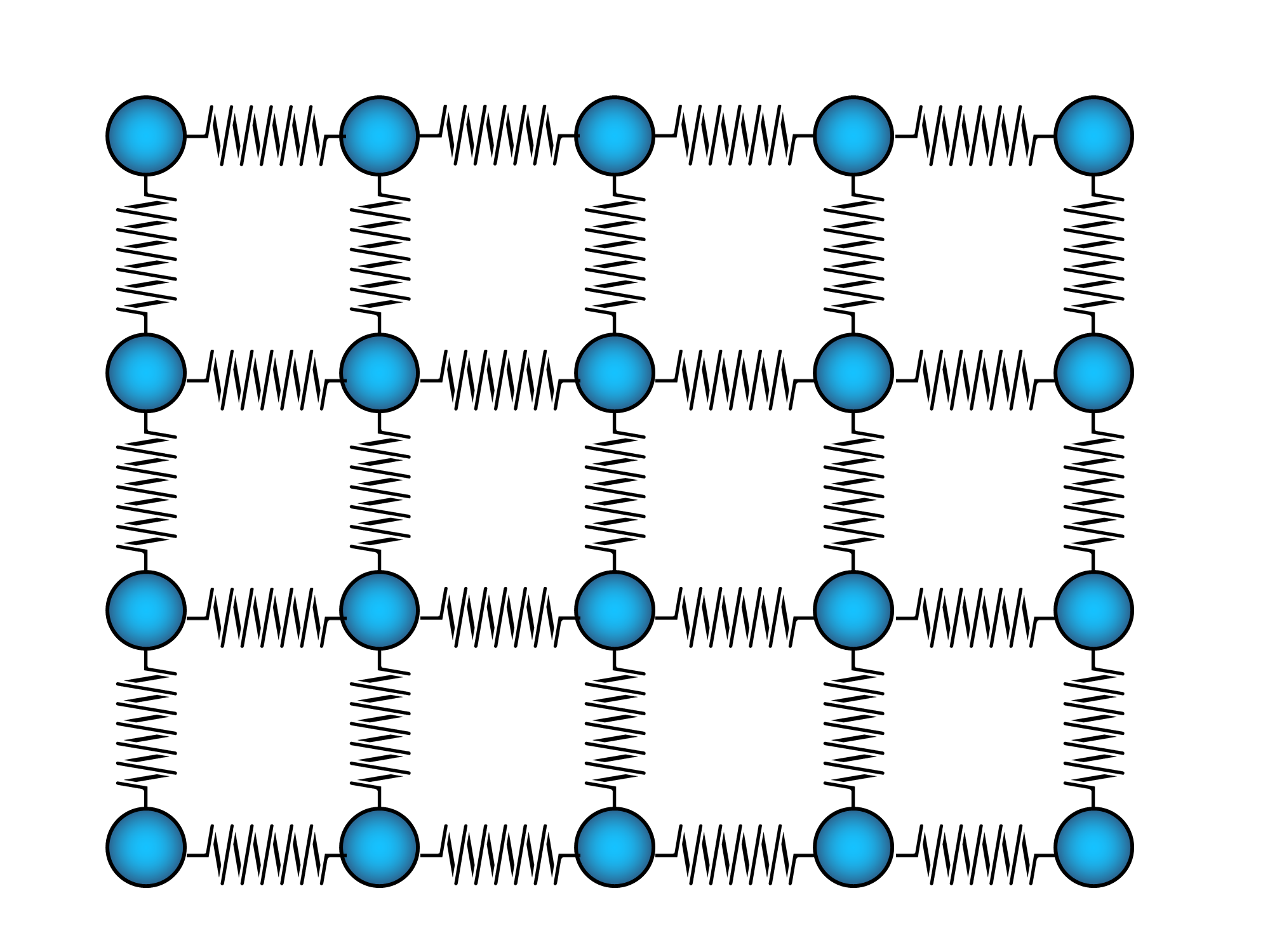 4 : Whatever you see around you either as a solid or as a liquid or gas , they all are under the influence of electromagnetic forces . In case of solids, molecules can be compressed but not by much amount (because they are already very close to each other ) which you can notice ( though you can notice the compression in some special kind of solids) and they can't be easily broken or elongated by stretching because of this electromagnetic force. Liquids can be compressed by a greater amount and gases by the greatest amount.

5 : When you bend paperclips , the atoms are being separated from the point you are bending the clip . How do I know this ?

You might have noticed that by multiple bending , first of all the end becomes dull in colour than other parts of the clip and if you continue doing that , it eventually breaks. The dullness in colour is what suggesting that the atoms are being separated and there are lesser atoms to re - emit photons. When you unfold the clip , the atoms couldn't rearrange in the same earlier pattern and in this way the clip starts weakening. In case of ropes , it doesn't happen because the atoms in the ropes regain their original position and we barely notice any elongation or dullness and this property of regaining the original structure depends on the nature of atoms and the extent of intermolecular forces.

Consider the images below

Note : the image of the intermolecular structure is taken from here. The above two images are highly exaggerated and the atoms are in much close vicinity of each other.

If a string is pulled with two different forces, say $10N$ from the left and $2N$ from the right, and its mass is $1kg$, then it will accelerate to the left with $8 m/s$. The tension linearly increases from $2N$ at the left end to $8N$ at the right end.

The molecular structure of strings is such that they can provide tension only in one direction. Everyday solid objects like glass also show tension as well as compression forces.

Overall tension is a body reaction force to some stimulating force (weight,pulling,external, etc) and is a specific case of a more general body stress vector field, like : 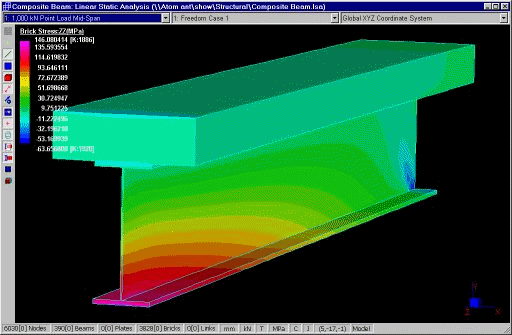 And yes, tension increases proportionally to the force applied. Materials break when pressure applied to them exceeds/reaches ultimate tensile strength, measured in $\text{Pa}$ : 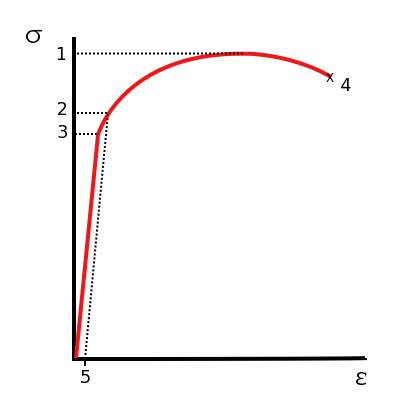 In above stress–strain graph it's an extreme point (1).

Not the answer you're looking for? Browse other questions tagged forces string continuum-mechanics or ask your own question.

4
Why can ropes pull but not push?
75
How exactly is a normal force exerted, at the molecular level?
5
How is the tension of a wire an electromagnetic force?
2
How is force transmitted across a body?
1
Can you determine an action reaction pair when tension acts on a string attached to a pulley?

9
Understanding tension
6
Tension of rope. Different Answers?
6
Pulley-rope tension question
1
Conceptual doubt in Tension force
1
What is the difference between the contact force and Tension?
1
Tensions in objects other than ropes
0
How long would it take for something really far away, say $300,000,000 \ \text{meters}$, to feel the force from a pull of a rope attached to it?
3
Model to understand tension varying in an hanging rope with mass