Two springs coupled via a catenary

I can't wrap my head around this problem. Let there be two masses $m$ attached vertically to springs of elastic constant $k$, each mass is also attached to an end of a catenary of mass $m_c$ e length $l$, so that $m_c = \mu l$.

Let $l_1,l_2$ be the partial length of the catenary between the mass and the minimum point and $x_1,x_2$ the stretching of the two springs. I expect the total force acting on each mass (which is considered positive if it points downwards - there is only one direction to consider) to be the sum of the elastic force of the spring, the gravitational force of the mass and the gravitational force of the part of catenary relative to the mass:

However my professor writes:

Is this the effect of the tension of the catenary or something else? My professor didn't really explain the second expression and the first is what in my mind should be the exact expression. I tried looking online without much success. 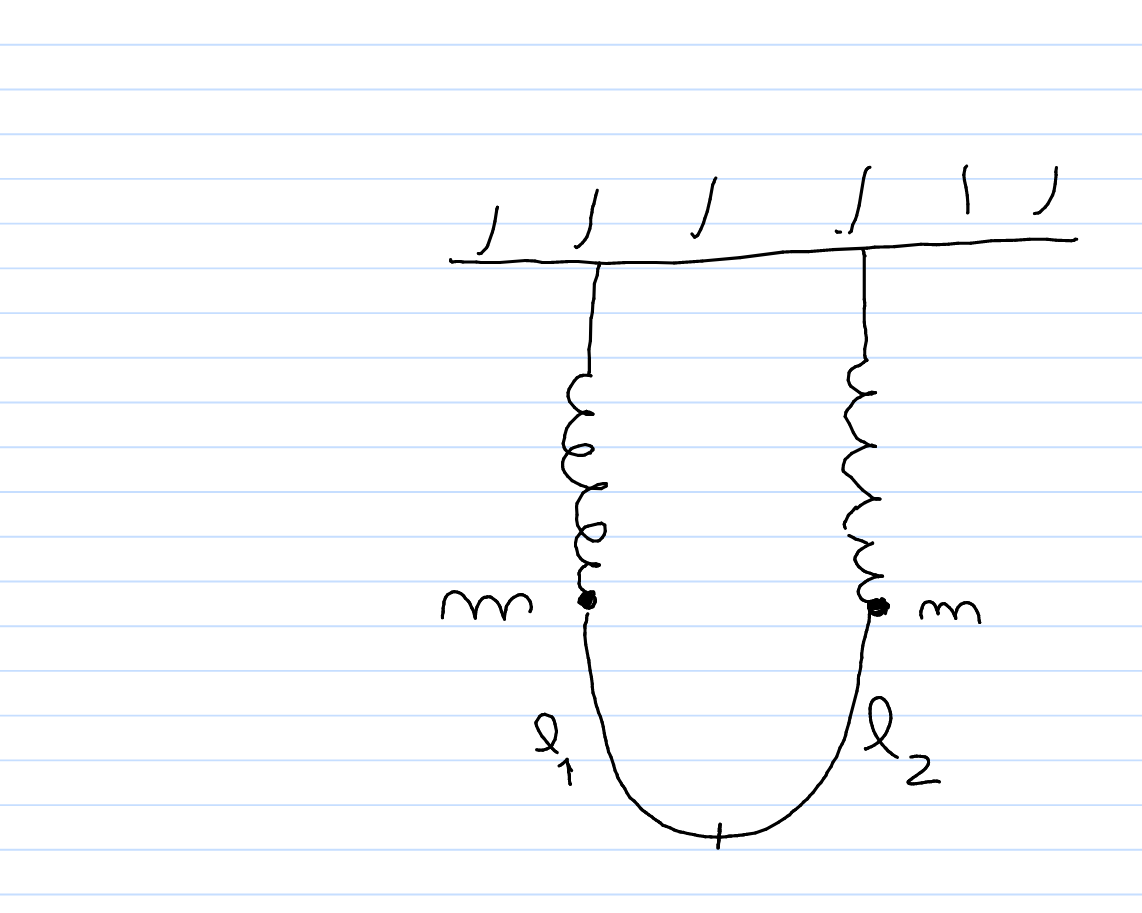 The difference is in the coordinate system. You are doing your calculation with $x=0$ as the point where the string is in its natural length. The equilibrium position, in that case, is $(m+m_c/2) g/k$.

However, your professor is taking that equilibrium position $x_o=(m+m_c/2) g/k$ as his origin $x' = 0$ in the shifted coordinate system. You can arrive at his force equation by a simply shifting the coordinates $x' = x - x_0 = x- (m+m_c/2) g/k$. The difference thus becomes superficial at best. This approach is used when the equilibrium position is either known beforehand or obvious, often simplifying the calculations.

For example, take a much simpler case of a mass $m$ hanging from a wall by a spring of natural length $L$. 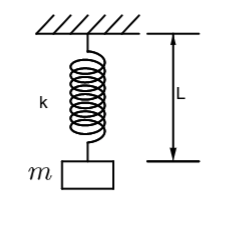 You could write the force equation as $F= -kx + mg$ where at $x=0$ the spring is in its natural length. Or you could take the equilibrium position (which in this case is obvious) $x_0=mg/k$ as your origin and simply write $F=-kx'$ with $x'$ as the shifted coordinate ($x'=x-x_0$) because gravitational force $mg$ is already balanced with $kx_0$

Not the answer you're looking for? Browse other questions tagged newtonian-mechanics forces spring string or ask your own question.