Hamiltonian of a quantum circuit including a diode? 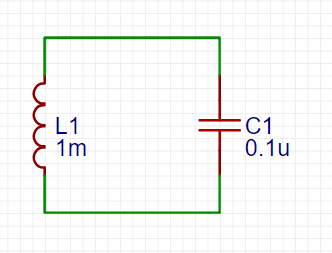 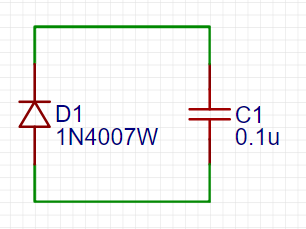 I have never seen a Hamiltonian for a circuit with a diode, and I doubt that it exists or used - for the reasons I describe below. However, from purely academic perspective it is an interesting question to ponder.

One can reason from the point of view of the physical content of variables $\hat{n}$ and $\hat{\varphi}$ - the former is the operator of charge on the capacitor, whereas the latter is its conjugate (typically bias on the inductance), related by a commutation relation $$ [\hat{\varphi},\hat{n}]=i $$ (the coefficients $\pm1$ or $\hbar$ in this commutation relation are a matter of personal choice). Thus, the equation for motion for the charge, which we can identify with the current, is $$ \hat{I}=\dot{n} = [\hat{n},\hat{H}] = -\frac{E_L}{\hbar}\hat{\varphi}. $$ (Writing likewise the EOM for $\varphi$ we obtain the oscillator equation of the LC circuit.)

According to one of my professors:

I think he is absolutely right.

Now I am wondering what the eigenvalues and eigenstates are for this Hamiltonian.

Oh silly me, I just realized that what I have here is like a free particle ($V(\hat{\varphi})=0$), except for the Heaviside part. And I quote Griffith (under eqn 2.82): there is no such thing as a free particle with a definite energy

Not the answer you're looking for? Browse other questions tagged quantum-mechanics electric-circuits capacitance semiconductor-physics hamiltonian or ask your own question.

6
Difference between Hamiltonian in classical Mechanics and in quantum Mechanics
0
Quantum mechanics by Griffiths, question on ch 10.2.3 (Aharonov-Bohm Effect)
3
Taylor expansion of a quantum Hamiltonian, in a classical parameter: some results more “real” than others?
0
Diode-Resistor-Capacitor Circuit Equations
3
How does the Hamiltonian changes after rotating the coordinate frame
1
Periodic magnetic potential in quantum Hamiltonian
0
What exactly are the field equations that hold in the “distributed-circuit” and the “lumped circuit”-models?