I don't understand GR at all, and I have a question that baffles me a lot. This picture is very common: 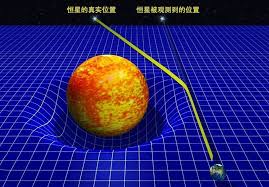 My question is, if a light ray passes through the central star (maybe the sun here) more closely than the path above, will it fall into or toward the 'pit' or 'bottom' of this surface? Some pictures on the Internet seem to show that phenomenon. But why is it? I mean, there is no force to drag it toward that direction.

For example, like the small ball in the picture below. It moves exactly along 'the shape of the surface'(which I don't understand at all what it stands for).

What exactly is this surface? Why should it be under the star (like in all pictures about General Relativity), instead of maybe above the star, like a hat on a person's head, or other direction (since a star or a ball is symmetric)?

I'm sorry if my question is stupid. 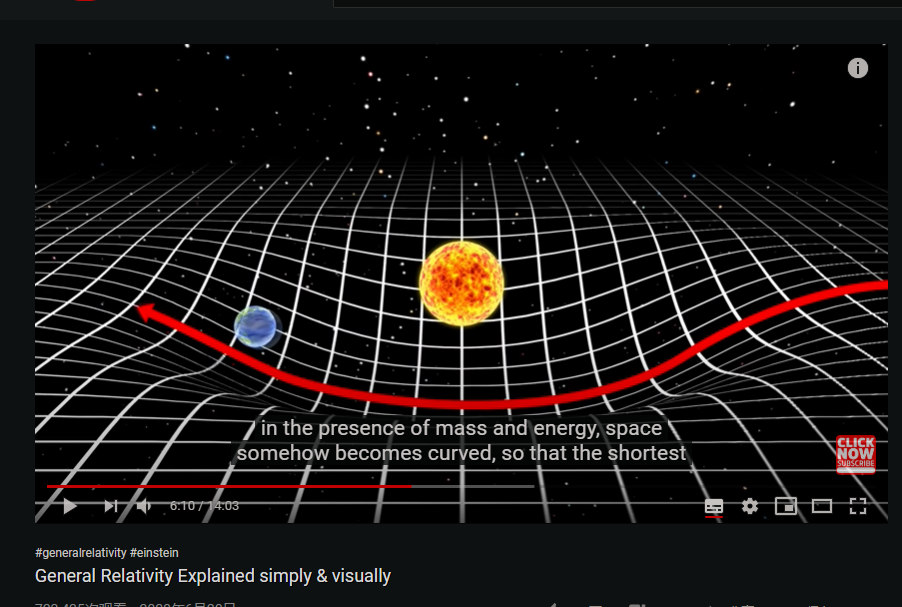 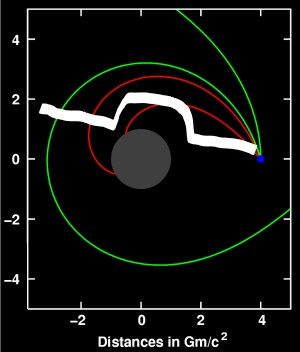 First of all, if you don't understand GR at all, I suggest you look up something online: there are a lot of "GR 101" videos, for example Eugene Khutoryansky or PBS SpaceTime, that provide a very visual understanding.

Secondly, as the comment by G. Smith pointed out, that kind of image can be very misleading if you don't know the subject well. The reason for this is that, in GR, there is no 2D fabric to be bent: the whole 4D spacetime is. Even if this is not a perfect representation as it obviously only shows only a 3D projected image, you may get a better understanding of what's going on in GR taking a look at pictures like this GIF.

But why is it? I mean, there is no force to drag it toward that direction.

That's exactly what other scientists thought when Einstein showed them his results! I'm going to try to keep things simple: the whole idea behind GR is that there is no "force of gravity": just take any problem with a gravitational force, and delete it. Instead, everything with mass or energy bends spacetime in its vicinity. Then why do thing fall towards each other? Because things always try to go on a "simple path", and while on flat spacetime the simplest path is always a straight line, in curved spacetime the simplest path (or geodesic) is usually a curved line. Therefore an object (any object, be it a rock or a light ray) thrown in the vicinity of another object (a star, in your example) will follow its geodesic, giving to us the illusion that there is a force pulling it towards the star.
To answer your question, specifically: the light ray would just hit the star, as a rock would do. This is one of the most incredible consequences of GR: light is affected by spacetime-bending (or "gravity") exactly like other massive objects.

Only the intrinsic geometry of spacetime matters. An actual geodesic on a surface like the one in your second image will bend toward the center because of the roughly conical shape of the surface. While it may be hard to visualize, you could imagine trying to cover the surface with long strips of paper, papier-mâché style. They'll stick the best, with a minimum of folding/tearing, if they curve inwards.

While in principle it makes no difference how these diagrams are oriented, obviously any good tutorial on general relativity would show them as hills (or sideways) so that readers don't fall into the trap of thinking that spacetime curvature has something to do with those gravity-well exhibits in science museums. In practice, virtually all popularizations, and even most textbooks, show them pointing down. I can only assume that the authors want to mislead their readers, or perhaps don't understand GR themselves.

Aside from being oriented in the worst possible way, both of the images in your question have other problems. In the first image, the bending of the surface doesn't match any solution to general relativity. Also, light is shown as bending in a part of the space that's evidently flat, which makes no sense. In the second image, while the surface is an accurate embedding diagram (of a constant-$t$, constant-$θ$ slice of the Schwarzschild interior+exterior solution), the curved line shown on the surface isn't a geodesic of the surface. Also, if the red sphere is meant to represent the massive body at the center, then it's far too large; the interior (non-vacuum) part of the space is just the small hemispherical "cap" at the bottom.

Also, of course, both of these spheres should be painted onto the surface, not floating above it in the physically meaningless background embedding space.

The other problem with these diagrams, and all embedding diagrams of this sort, is that they only show a spacelike slice through the full spacetime. If tachyons existed, they could follow geodesics lying on these surfaces. But real worldlines, whether geodesics or not, can't leave the light cone, which means they pass through time "at least as much as" they pass through space, and their worldlines don't lie on these surfaces.

The Fabric of Spacetime is and is not. Einstein proved that space and time are essentially the same thing. The 'ball' represents gravity; if you put a ball on a fabric (that wasn't too tightly mounted) there would be a dimple in the fabric at that spot. So if another ball rolled by the dimple (anything, including light passing near a gravity source) it would have a tendency to change direction inward toward the ball creating the dimple. This second dimple is the force of gravity and though it doesn't create a dimple, it does act as a kind of magnet; with an invisible force acting on everything near it (near being relative). The passing ball or light is not dragged down into anything; similar to a magnet, the passing ball is pulled in the shortest possible distance toward the star or gravitational source; think about the magnet analogy. Those renderings show the passing light ball going 'down' is to help demonstrate why it's changing direction (because the fabric of spacetime is warped in such a way that it's easier to confuse people to try and explain it). This should send you away with a headache, say that passing ball represents a single photon of light. Getting out of it's originating star may have taken hundreds of thousands or more years as it bounced off of one particle after the next on it's random way toward space where it might spend billions of years travelling to your eye so you can see it. Because the speed of light is constant, from that photon's point of view, no time at all has passed.

Not the answer you're looking for? Browse other questions tagged general-relativity or ask your own question.

3
How can a 2-sphere exist in Euclidean 3-space?